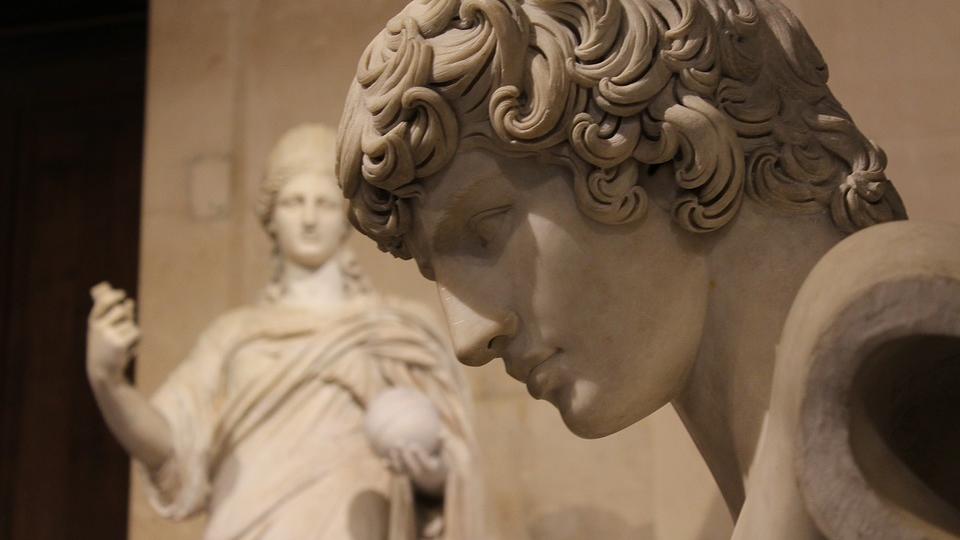 Almost everyone has heard of him.

The man who invented the helicopter and the parachute, and an accomplished mapmaker, sculptor, writer and scientist - Leonardo was quite a guy.

2019 is a very special year for da Vinci lovers. On 2 May, it will be 500 years since the great man died, and galleries and museums across Italy are getting ready to stage a fitting Leonardo da Vinci anniversary celebration.

A da Vinci-themed Italian escape would be the ideal break for culture vultures and science geeks alike. The man achieved so much and left such a rich legacy that there will be something for everyone to discover. And at Gruppo UNA, we would love to host you as you trace da Vinci's story.

From Milan to Rome, and Florence to Venice, da Vinci touched so many Italian destinations, and there is so much to explore. Let's help you build an itinerary that leaves no stone unturned as the anniversary approaches.

Firstly, no Leonardo tour would be complete without paying a visit to Milan's Convent of Santa Maria delle Grazie - which hosts the famous "Last Supper." Widely acknowledged as da Vinci's crowning glory, the Last Supper portrays the biblical story of Jesus' final meal.

It was painted onto the walls of the convent's refrectory, and time hasn't always been kind to the colours. But meticulous restoration has recovered Leonardo's original conception, and the Last Supper simply dazzles visitors.

However, remember that it's only accessible via a booking system, and your viewing time is limited.

And while you're in Milan, there are other Leonardo-related attractions. From the drawings of the Codex Atlanticus in the Biblioteca Ambrosiana to the locks of Navigli, da Vinci left his mark on the northern city in a way that no-one else could.

But if you want to delve deep into da Vinci's life story, you'll need to head south to Tuscany. Leonardo was born in the small village of Anchiano in 1452, not far from Lucca. And his birthplace still stands, set in the rolling Tuscan hills which form a common backdrop in da Vinci's works.

After that, be sure to pay a visit to the Leonardo da Vinci Museum in Florence. This wonderful institution showcases da Vinci's pathbreaking engineering and scientific creations, featuring a range of working models. There's no better way to understand how ahead of his time Leonardo was.

And don't miss the Uffizi Gallery - home to the "Adoration of the Magi" and Leonardo's "Annunciation" as well as a wealth of sketches. It's an artistic feast.

After Florence, where next? The choice is yours. If you want to see Rome, now is the chance to do so. Head to the Vatican to catch a glimpse of Leonardo's "Saint Jerome in the Wilderness", and pay a visit to the second-best Leonardo museum in the country, which can be found on the Piazza del Popolo.

If you have a chance, Venice is also a great place to visit. The city's San Polo district hosts yet another superb da Vinci Museum. Intricate models display da Vinci's virtuoso engineering talents (and feature multilingual descriptions). The exhibition on Leonardo's anatomical studies is eye-opening.

Wherever you turn in Italy, da Vinci's legacy lives on. From the Italian Air Force Museum on Lake Bracciano near Rome to Florence's La Specola Anatomical Collection, you're Leonardo da Vinci anniversary tour can include any number of fascinating attractions.

Where should you stay to discover the genius of Leonardo da Vinci?

If you want to organise an Italian tour to commemorate 500 years since da Vinci's death, picking the right accommodation is crucial. And there are plenty of luxurious Gruppo UNA hotels within easy reach of Leonardo-related attractions.

For instance, if you want to visit and revisit the Last Supper, one of our Milanese hotels will be ideal. Check out the UNAHOTELS Century Milano, or the UNAHOTELS Expo Fiera Milano for accommodation that's a short Metro ride away from the Convent of Santa Maria delle Grazie.

Those visiting da Vinci's birthplace in Anchiano could stay at the UNAWAY Hotel Forte Dei Marmi, or - even better - the UNAHOTELS Vittoria Firenze. That way, you can be close to Florence's spectacular art collections and the da Vinci Museum.

Plan your trip with us, and trace the story of one of the world's great creative geniuses. We'll make everything easy, so let the story unfold and relax as you travel through time. It's going to be a magical vacation.