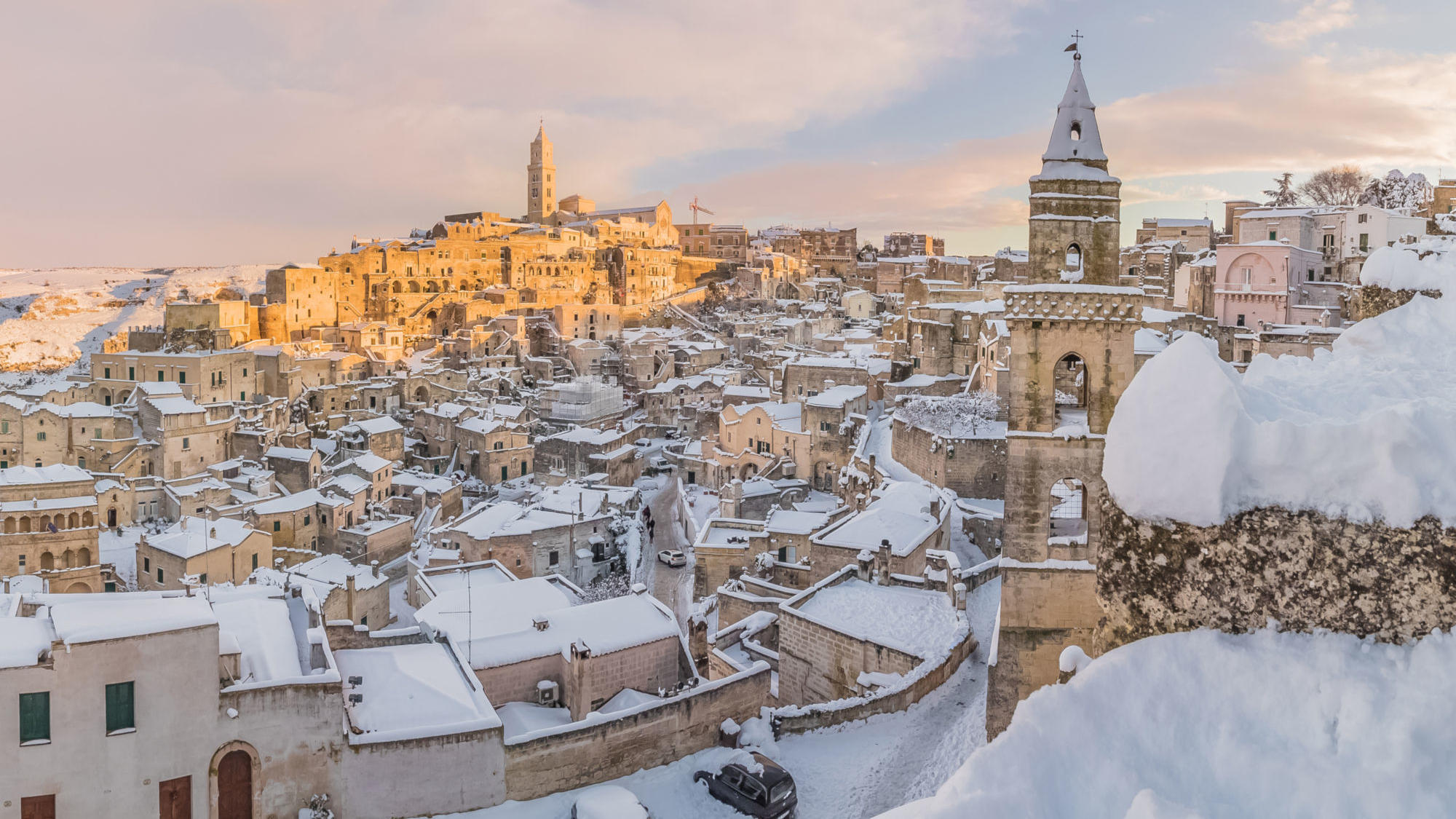 In Italy, Christmas lasts for a month. Enjoy it!

In Italy, Christmas lasts for a month, giving you plenty of time to plan a holiday that's truly evocative of Christmas while also getting to know a few of the great Italian cities that are known for their art.

Christmas in Italy rituals and traditions run from markets and mass to nativity scenes and even bagpipes. Choose a Gruppo UNA hotel for your Christmas holiday in Italy and you'll enjoy a warm welcome, true hospitality and good food. They're all perfectly designed to enhance your traditional Christmas in Italy. Read on for 10 Italian cities where you really can enjoy art, beauty and culture during the festive season.

For Christmas in art cities in Italy, you can't beat Florence. After all, it has the glorious Uffizi Museum with its masterpieces by Botticelli and Michelangelo. This capital city of the Tuscany region is also a good place to catch some traditional events in Italy at Christmas. The F-Light Festival involves more than just a few street decorations, as from early December to January the whole city is lit up. Stay in the heart of the city at the Leone Blu Suites | UNA Esperienze.

It's hard to imagine a city more romantic than Venice for a Christmas holiday. Soak up art and culture in the Doge's Palace and Correr Museum then settle down for a hot chocolate in St Mark's Piazza, possibly one of the world's most iconic squares. If you're looking for alternative Christmas in Italy ideas, then head into the hills for skiing at Cortina d'Ampezzo or book an evening rowing lesson in a gondola. You'll be given a warm welcome at the Maison Venezia | UNA Esperienze.

Snow on the ground, beautiful window dressings and Christmas lights all make Milan a special place to spend an Italian Christmas holiday. And, if you're looking for Christmas markets in Italy, then Milan has one that stretches back to the16th-century. Called the Oh Bej! Oh Bej!, it features hundreds of stalls in the main piazza and around the Duomo. As Italy is the birthplace of opera and La Scala one of the greatest opera houses in the world, why not book yourself a theatrical Christmas treat?

With Christmas Mass led by the Pope in St Peter's Square and a tempting world-class choice of museums, Rome is definitely a city truly evocative of Christmas in Italy. It's also a city with a passion for Presepe or the nativity scene. Each festive season, a 100 cribs from around the world are on show. Some are even made from nuts or pasta or display modern twists such as an appearance by the latest football star. From the UNAHOTELS Decò Roma, you'll be on the doorstep of Raphael's frescoes, the works of Caravaggio, the sculptures of Bernini and, of course, Michelangelo's ceiling in the Sistine Chapel. While in Rome, look out for zampognari or shepherds playing the bagpipes in piazzas!

Christmas sees Torino lit up with the Luci d'Artista street installations while Christmas enthusiasts can visit the Nativity Scene Museum. There is even an electromechanical 'Passion Nativity' full of moving characters. Art lovers will find plenty to admire in the Palazzo dell'Accademia delle Scienze including an extensive Egyptian collection and many works of Tuscan artists including Fra Angelico. To enjoy Torino at Christmas, stay in the luxurious Principi di Piemonte | UNA Esperienze.

With a stay in the UNAHOTELS One Siracusa, you're perfectly placed to enjoy the city's understated approach to Christmas. The Christmas tree always has a contemporary touch while colourful processions take to the streets on December 13th and 20th. Red candles and poinsettias are the key themes. The Teatro Greco provides culture while the Basilica of Santa Lucia is home to a wonderful Caravaggio.

Among the events in Italy at Christmas is the Christmas Village that appears in Ferrara's Trento Trieste Square while the Renaissance palaces of the historic centre are lit up throughout the holiday period. From the UNAWAY Hotel Occhiobello, you can visit the Palazzo Schifanoia which dates from the 14th-century and houses magnificent frescoes in the Salone dei Mesi or Hall of the Months.

Bologna is home to the Neptune Fountain, one of the most beautiful Renaissance fountains in Italy. It's around this fountain that the city celebrates Christmas in traditional style with a spectacular tree and the Santa Lucia Christmas Market. A more recent and popular tradition is the French Christmas Village, definitely something a little different for Christmas in Italy. Enjoy your Bologna holiday!

While Presepe or nativity scenes are common across Italy, Napoli is considered their true home. Visitors from across the globe arrive in December to view the city's nativity scenes and shop for statuettes in the Christmas Market of San Gregorio Armeno. Don't worry if you can't see baby Jesus, he's not put in the mangers until Christmas Eve. The centrally located UNAHOTELS Napoli makes a welcoming holiday base.

In Taormina on Sicily, the nativity scenes actually come to life in the Presepe Vivente. This involves the whole community who act, sing and play instruments. There's also symbolic lighting of a Christmas bonfire in front of the Cathedral. Make the most of city culture and coastal beauty with a stay at the UNAHOTELS Capotaormina.

Whatever city you choose, with the festive season fast approaching, now's the time to book your Gruppo UNA holiday hotel to plan a special Christmas break in Italy.