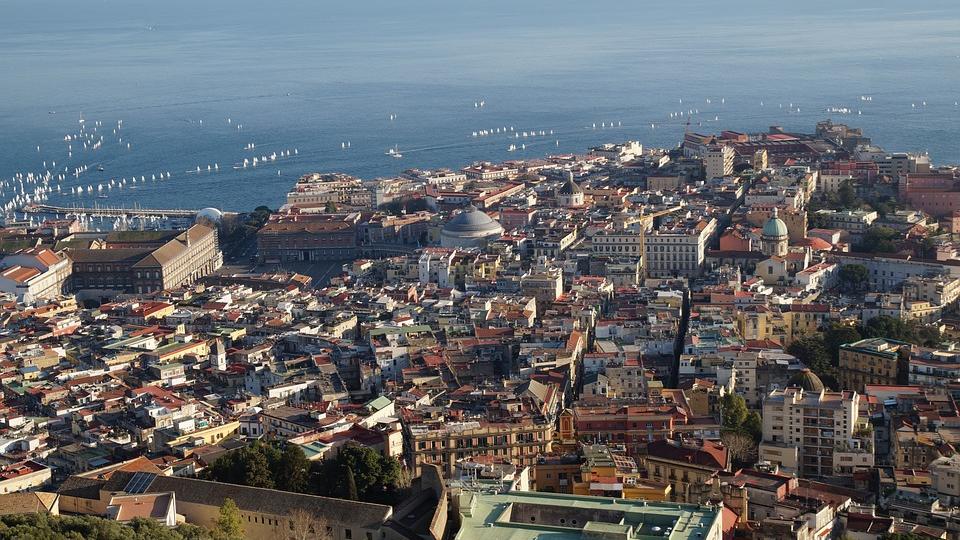 Sea and history, the perfect match for your holiday is in Naples

About four thousand years ago, the small town that was the centre of the Greek state of Syracuse expanded and grew in importance. Over the centuries, the Roman empire overtook the area, giving the city the Italian identity that it has today.

By the 1200’s, Naples was part of the Kingdom of Sicily, which was actually ruled by Spain, and the Castel Nuovo and Naples Cathedral date from this time. In addition to the continual conquests, the inhabitants of Naples bore witness to the eruption of Mount Vesuvius in 79 AD, a cataclysm that destroyed the towns of Pompeii and Herculaneum. You will find the following attractions at the centre of Naples and along its coast.

The Fountain of Neptune.

At the Piazza Municipio, the Fountain of Neptune stands as a tribute to the Roman god of the sea – and to the artists and sculptors that created its numerous statues. Dolphins and monsters surround the nymphs and satyrs that support the central statue of Neptune. The Via Medina leads from the Piazza, the main thoroughfare where you can find numerous places to enjoy lunch and simply browse the shops.

Following lunch, head back to the Piazza Municipio. Directly facing it, you will see the medieval Castel Nuovo. Its round, machiolated towers and sturdy walls stand proudly against a backdrop of the sea; no wonder, as it was built as a fortress. In the 1200s, Charles I built the original castle, and in the 1400s, Alfonso of Aragon rebuilt it and made it his court.

Today, frescoes of mythological heroes and historical rulers adorn its walls, which the public can view. On leaving the castle, the Via Nuovo Marina and the seafront are nearby – a pleasant place to stroll on a fine day.

The Napoli Sotteranea, which literally means the “Naples Underground”, is a treat for the visitor who seeks to explore the origins of the city. Go to the Piazza San Gaetano in the centre of Naples and watch out for the blue and white flags that signal the entrance. Several tours descend into the Underground daily, a number of which are conducted in English.

To descend the 136 steps to the Graeco-Roman aqueduct, each visitor is given a candle to carry. Other sights include the remnant of a Roman theatre and marketplace, an air raid shelter dating from World War Two and the Hypogeum Gardens: a modern, town-funded environmental project. Tours usually last for one hour.

This castle derives its curious name from a legend concerning the Roman poet Virgil, who once lived in the district. In order to foretell the fortunes of the city, the poet supposedly placed a magic egg in the foundations of the castle. Located on the Magaride peninsula, Castel dell’Ovo dates from the sixth century BC. It is open to visitors every day, and entrance is free. As a bonus, visitors are treated to a stunning view of Naples' waterfront. Nearby the castle, you will find a small handful of superb restaurants.

Boating in the Bay of Naples.

Because of its maritime location, several boat trips are in place around the blue waters of Naples Bay. If you want to keep it simple, you can hire a water bike and skirt about the historic shores of the city. One, ever-popular tour is the trip to Capri and its Blue Grotto. Several tours are in place and prices vary widely, so do seek out word-of-mouth reviews before making a choice. A number of these tours incorporate sights that include the town of Anacapri and the Augustus Gardens. Visitors may hire private boats, albeit at high prices, and cruise at will along the Amalfi coast.

In 79 AD, the most infamous volcanic eruption of ancient times covered the towns of Pompeii and Herculaneum in volcanic ash, entombing the inhabitants and their dwellings, instantaneously. However, the ash preserved the remains of the buildings and the people, which were revealed by excavations in the 1700s. Today, the towns are UNESCO world heritage sites, and numerous visitors arrive every year to view the Roman villas and other buildings, and to pay respect to the dead. You can travel from Naples to the area on the Circumvesuviana rail network or, alternatively, travel by car. Be aware that it could take several days to explore the entire area.

Travelling to and around Naples

Every day, numerous global flights arrive at Naples International Airport, which is about three miles north of the city. From there, you can travel by bus, hired car or taxi to central Naples. Extensive rail, bus and tram networks are in place to transport you to places of interest.

To make your visit to Naples a truly maritime experience, take a public ferry or hydrofoil from Naples port and tour the coastal towns like Sorrento and Amalfi, or islands like Capri and Ischia. The UNAHOTELS Napoli on the Piazza Giuseppe Garibaldi is an excellent base from which to enjoy a visit to Naples.

Take a moment to check out our other articles on visiting Italy, which include everything from city guides to top tips for travel.