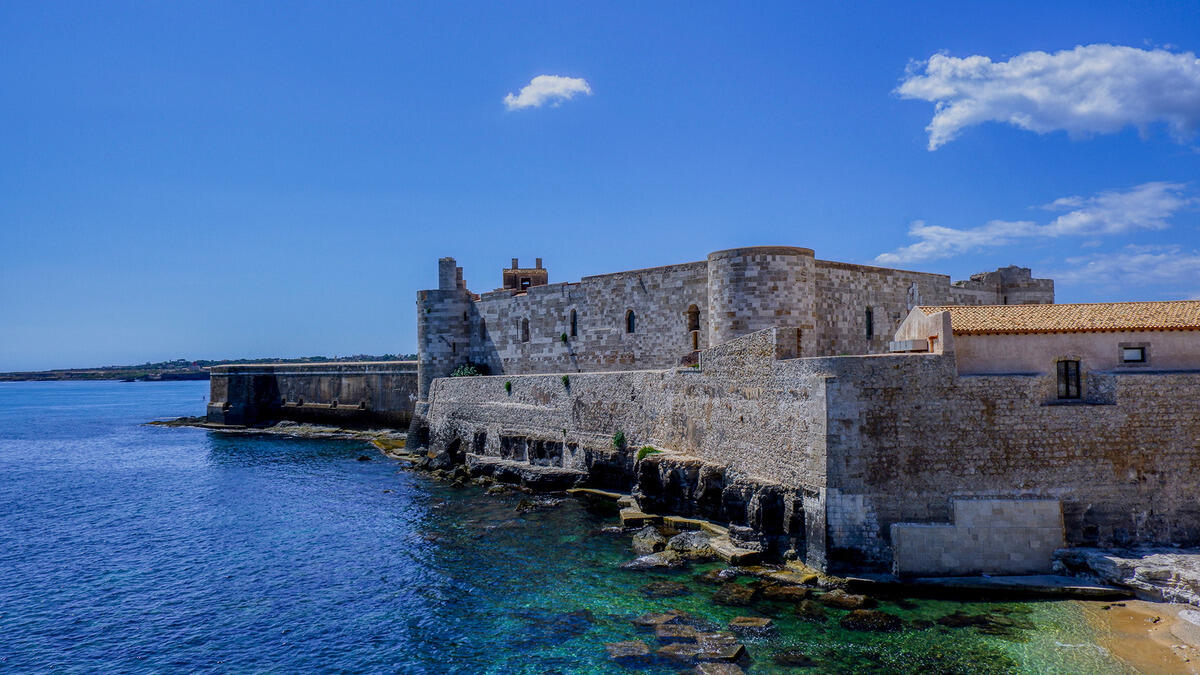 Syracuse is indeed a fascinating place: described by Cicero as “the most beautiful city of Magna Graecia”, today it displays its status of cultural capital from Greek times through to the Renaissance and the Baroque period. Part of the UNESCO heritage since 2005, Syracuse is situated at the feet of the Epipoli plain, in a natural harbour with the Island of Ortygia to the east. If you are planning a tour of Sicily that includes Syracuse, or you just have one day to visit some of the city’s highlights, here is an itinerary with some of its unmissable attractions.

The first thing to visit when in Syracuse is certainly its Archaeological Park, once known as Neapolis, home to the main political and religious buildings of the ancient city, such as theatres, religious monuments, and temples: the Greek Theatre, is the city’s most spectacular landmark as well as one of the largest and better-preserved Greek auditoriums; just nearby, a small street will take to the latomie, the city’s ancient stone quarries that also served as prisons. The Latomia del Paradiso is undoubtably the most interesting, with its 23-meter-high and 65-meter-long artificial cave that the painter Caravaggio named the Ear of Dionysus. 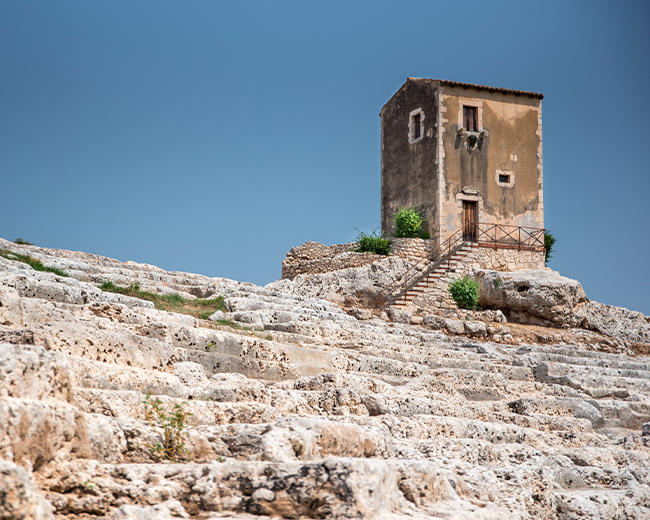 The Catacombs of San Giovanni

Just outside the ancient walls of the city, by the Neapolis Archaeological Park and the majestic spire of the Sanctuary of the Madonna delle Lacrime there is, in all its monumental beauty, the Basilica entitled to Saint John the Baptist. This fascinating roofless church features underground spaces carved into the rock: the painted Crypt of San Marciano and the Catacomb of San Giovanni. Fascinating and mysterious, the limestone galleries of this catacomb form a sacred labyrinth that will take you on an exciting journey into the silent atmospheres of the past. 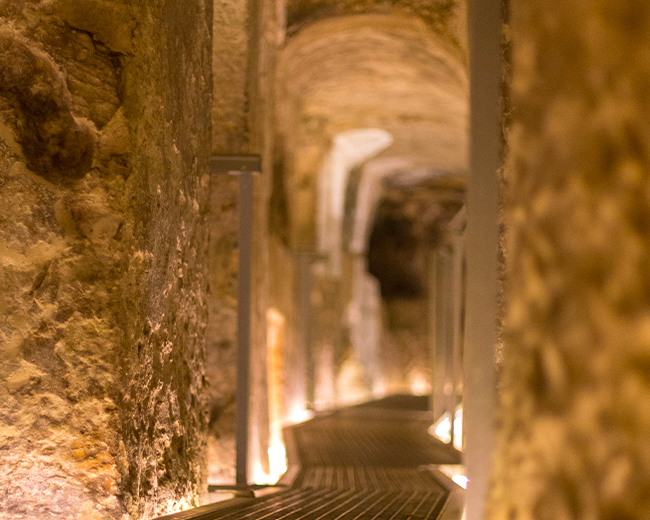 Ortygia, the heart of the city of Syracuse, a shrine with over 3000 years of history on just about one square kilometre of land, is the oldest part of this unique Sicilian city. The landmark sites to see here are many, but just going for a stroll along its narrow streets will be a discovery: from the low raise houses to the elegant Baroque palazzi to its promenade by the sea. Piazza Duomo is certainly the most beautiful and scenographic site. 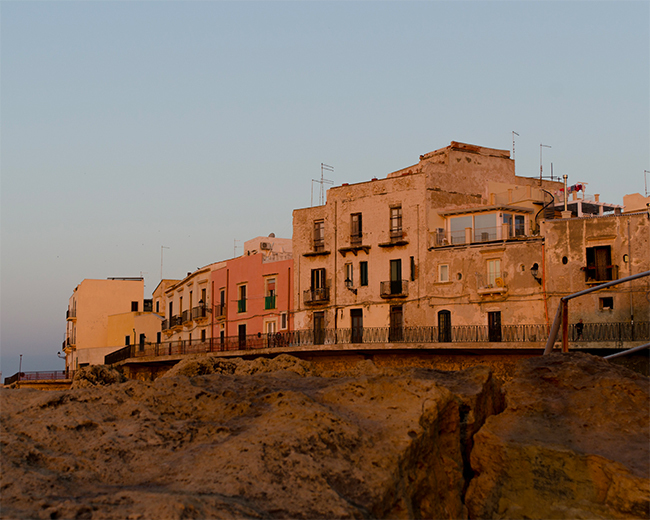 The Temple of Apollo

Also on the Island of Ortygia is the Temple of Apollo, Sicily’s earliest Doric temple that with a little imagination we can picture in its original beauty. Over the centuries in fact it underwent several transformations: Christian church during the Byzantine rule, it became a Muslim Mosque and even a military base during Spanish domination. 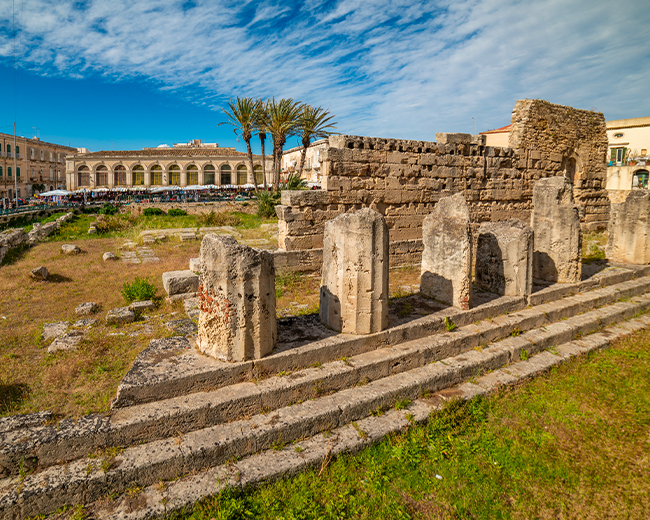 This is one of the most famous and certainly most unique attractions of Syracuse: the Fountain of Arethusa, a semi-circular pond, only a few meters from the sea inhabited by papyrus plants and schools of small fish and whose water comes from a fresh water source. A legendary place, where the Nymph Arethusa invoked Artemis’ help to escape her suitor Alpheus. To help her, Artemis transformed Arethusa in a source of water by the Ortygia waterfront. Unfortunately for the girl, even Alpheus asked for the help of the Gods who transformed him into a river enabling him to unite his water with that of his beloved. 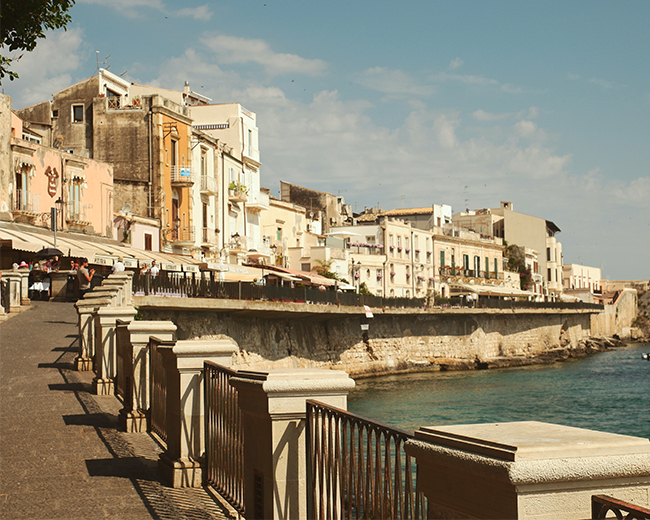 Where to stay in Syracuse

If you have only one night in the beautiful Syracuse after a day spent walking around exploring its beauties and taking in all its wonders you deserve a relaxing evening in a hotel that will offer you a quintessentially Sicilian experience. UNAHOTELS One Siracusa is only a few steps from the sea and is easily reached from Syracuse’s historical centre. The hotel offers a wide range of services, including its famous Akademia restaurant with a menu of local dishes with a gourmet touch and a charming Sky Roof for a pleasant aperitivo before dinner, making your sojourn even more unforgettable. 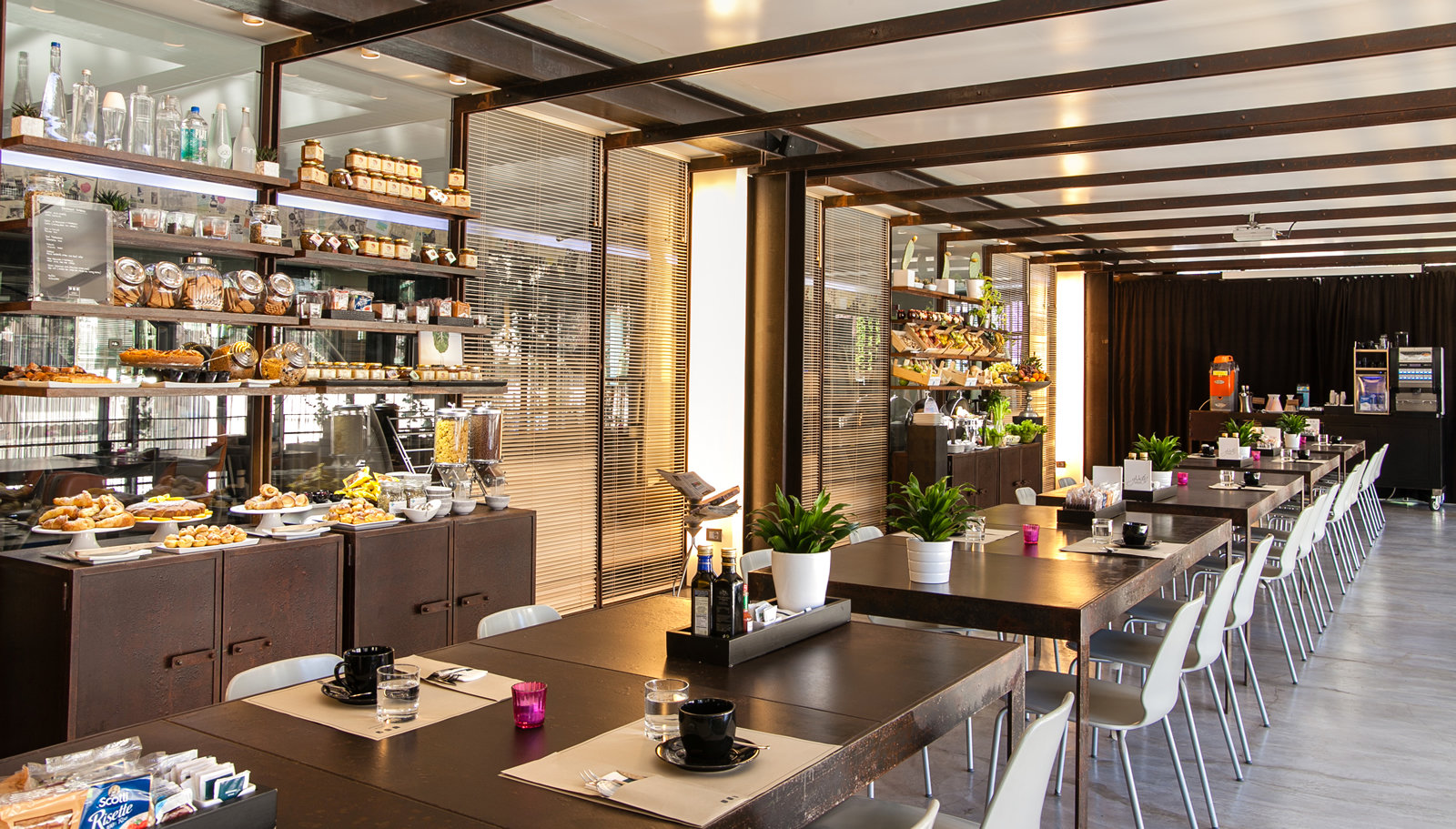