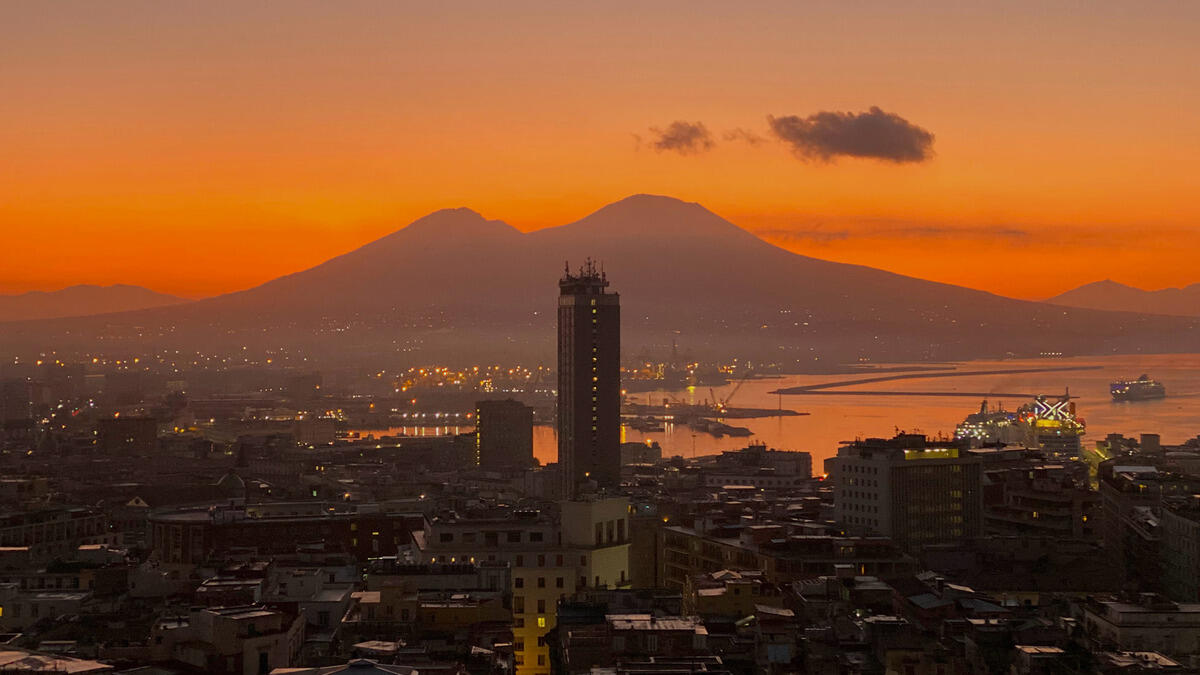 Maradona murals and Saints. Naples through its street art.

Endlessly surprising and charming, Naples is a city that irradiates an elegant, voluptuous, and slightly decadent beauty. The city’s strength has its roots in its history and culture, in its Baroque monuments at the most improbable street corners and in its still strong popular traditions. Equally captivating is the power of Naples’ street art that over the years seems to have become an integral part of its identity. So here is an unusual route around Naples, discovering its top five street art works.

The Quartieri Spagnoli, the districts of Naples whose origin dates back to the Spanish rule, are among the most characteristic areas of the city. Wondering around its streets and alleys you will discover artisan workshops of all kinds and authentic trattoria restaurants where to stop for a meal. Making your way towards Via Emanuele De Deo 60, you certainly won’t miss the huge Maradona mural that Mario Filardo painted to celebrate the second scudetto that the Napoli football team won on 29th April 1990. Over the years part of the colour of the mural faded requiring a restoration treatment that was carried out by carpenter Salvatore Iodice. The image of the Argentinian hero also appears on a building of the so-called Bronx of Via Taverna del Ferro in San Giovanni a Teduccio, on the outskirts of the city, by Dutch-Italian street artists Jorit Agoch. Raised in Naples, Agoch is known for his art projects bringing art and beauty to the poorest neighbourhoods of the city. This particular mural captures a very intimate portrayal of a man whom many Neapolitans, and non-Neapolitans, already consider a God. 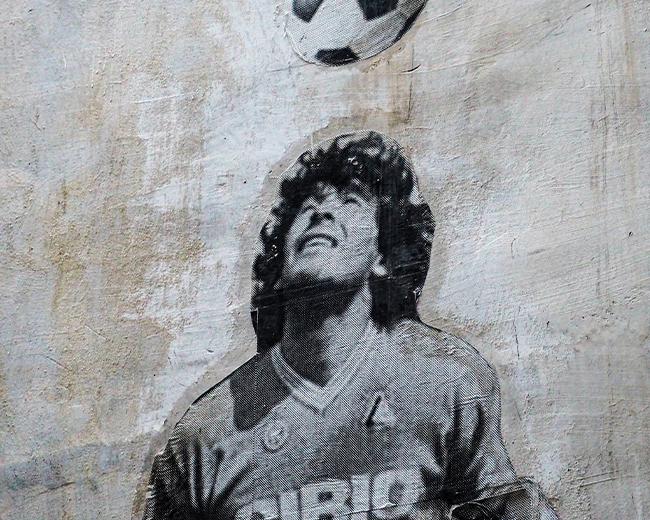 The Wind Weighs as Much as Chains by Zilda.

Over the last few years and in many Italian cities, street art has been beneficial to the revaluation of certain urban areas. And today Naples can boast countless colourful stencil works by writers from all over the world. For these artists, the city of Naples, with its Baroque palazzi and its narrow winding roads is certainly a great source of inspiration. Rione Sanità, the area of Naples at the feet of the Capodimonte hill is home to great artistic treasures: despite being very close to the historical centre, this district has a very unique personality, somewhat separated from the rest of the city to which it is connected via the Ponte della Sanità bridge. Worth a visit in this area is Palazzo Sanfelice, a historical building with an impressive double ramp staircase built by architect Ferdinando Sanfelice between 1724 and 1728, and now home to an unexpected treasure, The Wind Weighs as Much as Chains, depicting a naked man in chains standing before a stormy sky while the Vesuvius is erupting, by French street artist Zilda, the famous “Banksy of Rennes”. 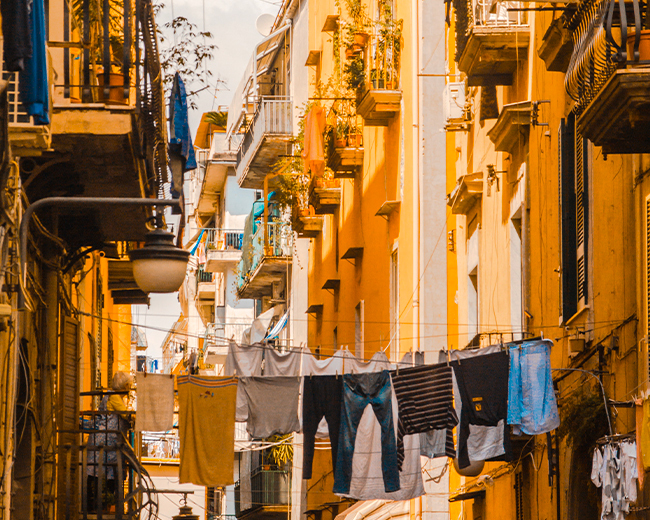 La Presentazione di Maria al Tempio, also known as La Scorziata, is a historical building consisting of a church and an annexed conservatory founded in 1579 to honour three Neapolitan noblewomen: Giovanna Scorziata, Lucia and Agata Paparo. The building is in Vico Cinquesanti, in the old city centre. Inaccessible for safety reasons since 1981, and left unprotected ever since, all the artworks that La Scorziata contained have been stolen. A fire also almost destroyed it completely. To denounce this state of artistic and cultural neglect, only too common in Naples, Zilda has used what is left of La Scorziata building as his canvas, creating his version of Francesco Hayez’s Meditation on the History of Italy (1851), painted soon after the 1848 failed uprisings of Milan. Today, inside La Scorziata visitors find a picture of a woman with her breasts uncovered: the personification of Italy with a low but strong look on her face, humiliated but undefeated.

The murals by Alice Pasquini.

Street artist, painter and stage designer, Alice Pasquini was born in Rome and has travelled in Italy and abroad developing a personal artistic language. The streets of Naples feature many of her creations, mostly depicting women and children, set in strong, ambiguous, ironic and challenging compositions. Her characters have an immediate impact on viewers, also thanks to the artist’s very simple, clean, and rapid pictorial gesture. Some of her most interesting works are in the Toledo area, in Piazza Carità, by the Monastero di Santa Chiara and in Via Mezzocannone, in the Porto district. 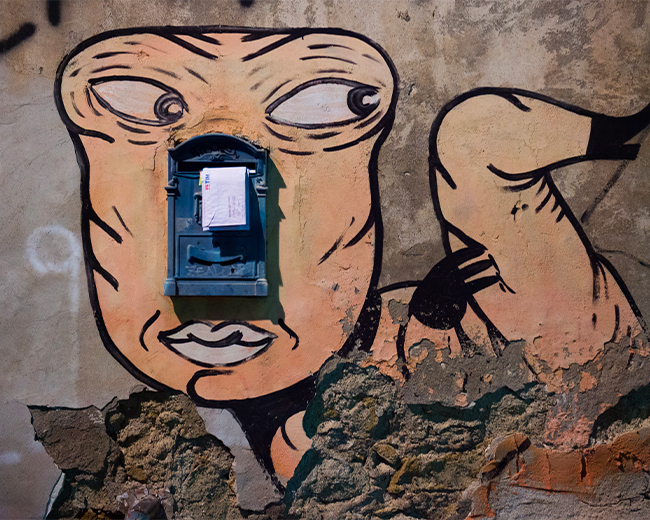 Madonna dei Pellegrini, painted by Francisco Bosoletti in 2017 inspired by the Caravaggio (1604-1606) painting by the same name, is situated on a wall of a Quartieri Spagnoli building by a votive chapel, with the purpose of bringing new life and colour to this time-honoured edifice. And this is the message Bosoletti’s mural wants to share: culture and monumental buildings should always be protected and preserved with care, but in Naples many beauties of the city are abandoned with no protection from the effects of time and crime. 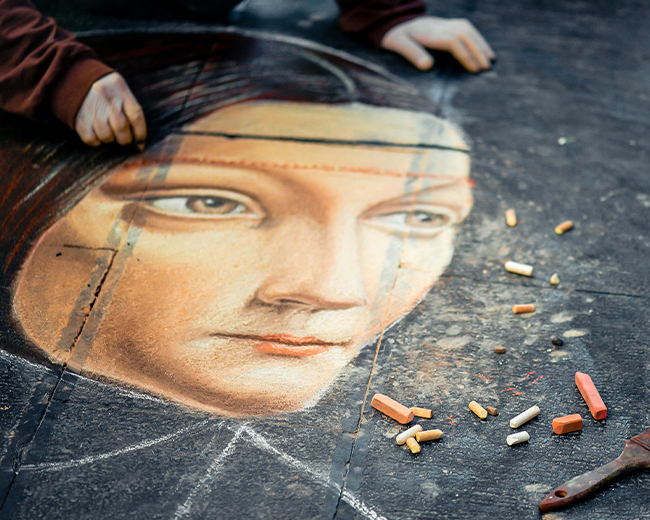 UNAHOTELS Napoli is the ideal accommodation to discover all the wonders Naples has to offer. Located in the Stazione Centrale district, from which you can easily reach the Church of Gesù Nuovo, Museo Madre (Donnaregina contemporary art museum), and the church of Sant’Anna, it has all the comforts to turn its guests’ sojourn into a truly special holiday. 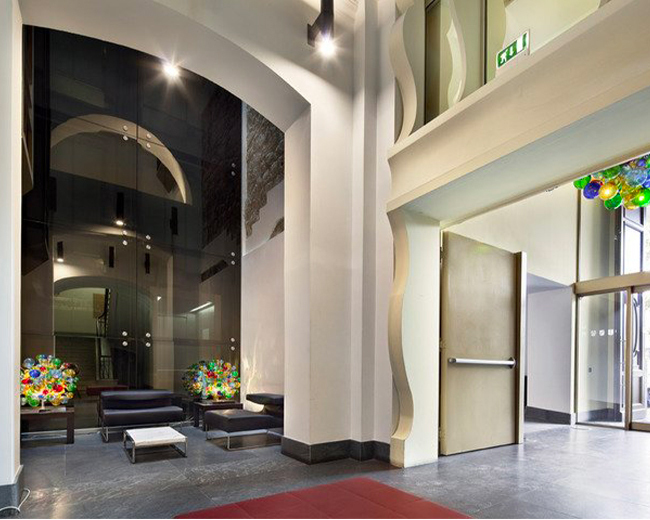