Discover the most evocative natural spas in the stunning landscapes of southern Italy.

Italy’s South offers stunning natural landscapes and unique emotions, but we often forget how many natural spas the evocative lands of the South are home to: historical places surrounded by natural beauty and views where health-giving waters flow.
It’s time to discover some of southern Italy’s most beautiful natural spas together. 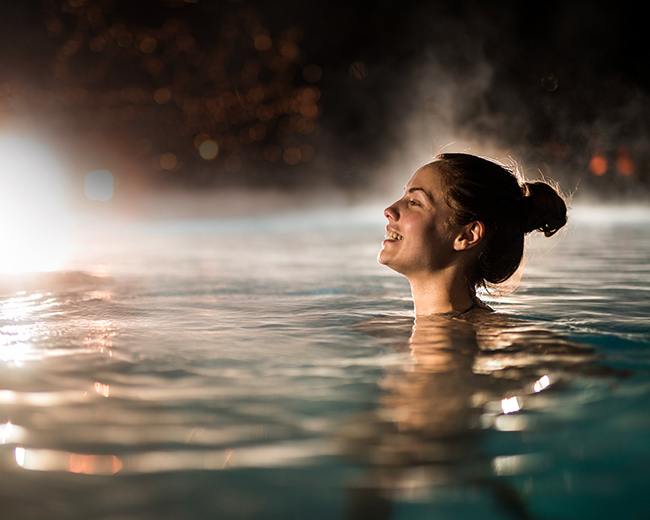 For centuries, Typhaeus, the youngest son of Gaea and Tartarus from Greek mythology, has been exhaling breath from the depths of the earth. A stone’s throw from the Aphrodite Apollon thermal gardens on a little beach located on the island’s hottest thermal vent, Ischia’s volcanic activity unleashes this amazing phenomenon, its “Fumarole” geysers.
Here, the subsoil emits great thermal energy, producing clouds of steam and gas that bubbles up through the sea at a temperature of 100°C.
Since Roman times, hot sand here has been used to treat aches and pains in a process known as “sandblasting”.
This intense thermal heat can also be used for cooking! Strange but true, you can cook boiled eggs and potatoes simply by burying them under a few inches of sand. Just dig deep and look for a hot enough spot to bake any “foil-wrapped” baked dishes.

On another part of Ischia, in the locality of Sorgeto there’s a bay unique anywhere in the world for its thermal springs right in the sea. In some places the water is scalding hot, reaching temperatures as high as 90°C. Thermal and sea water blend together to create suggestive natural pools.
On the pebbly, rocky beach you can create regenerating mud excellent for facial cleansing simply by crumbling the rocks. The intense fumes, warm vapours and the scent of thermal water combined with the smell of the sea make for an unforgettable atmosphere.
The peace and silence of the Bay come into their own at night, when immersed in the warm waters you can look up at the stars and admire the enchanting panorama.

Where to stay near Ischia.

To fully enjoy your excursion on the island of Ischia and easily get to the Terme Fumarole and Terme di Sorgeto without giving up the pleasure of discovering Naples, we recommend you stay at Gruppo UNA UNAHOTELS Napoli, a splendid hotel located in the city centre, just ten minutes or so from Molo Beverello, where hydrofoils leave for Ischia. 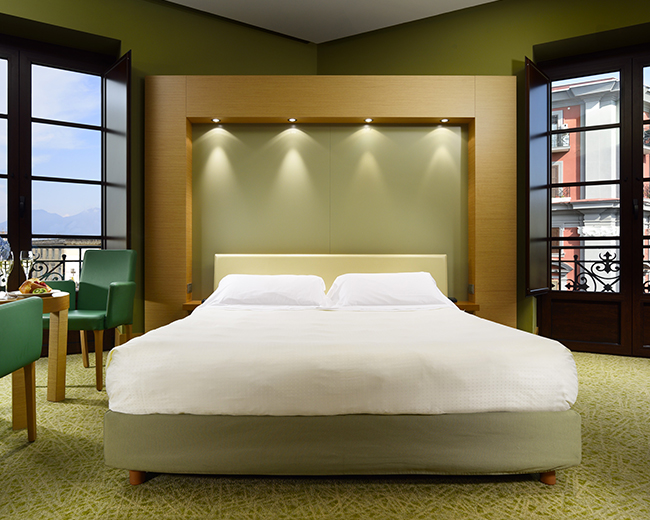 We move on to Sicily, more specifically the Aeolian archipelago. Here we find the Terme di Vulcano, pools of hot thermal water in hills that steam with sulphur. These natural spas create an almost surreal, totally unforgettable landscape.
The pools offer the benefits of sulphurous waters, while the ponds, where springs gush out at temperatures of between 40°C and 80°C, are perfect for making mud wraps and taking mud baths.
The island’s name is a mythological reference to the god of antiquity associated with places where eruptive phenomena occur. The Ancients viewed volcanoes as “forges” in which the Greek god Hephaestus (Vulcan for the Romans), god of fire, engineering, sculpture and metallurgy, forged the weapons of the gods with the help of the Cyclops. 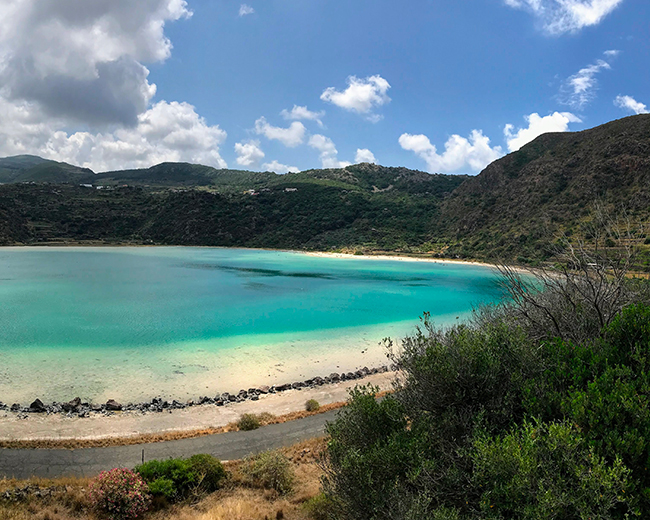 Where to stay overnight near the thermal baths at Vulcano.

To reach the Terme di Vulcano, you first have to travel to Milazzo, and then take a ship to the Aeolian archipelago. Just a few kilometers from the city of Milazzo is one of Sicily’s most important tourist centres: Taormina. This is why we recommend you stay overnight at either Gruppo UNA UNAHOTELS Capotaormina or UNAHOTELS Naxos Beach Sicilia, giving you a chance to relax at the natural spa without forgoing the charming town of Taormina. 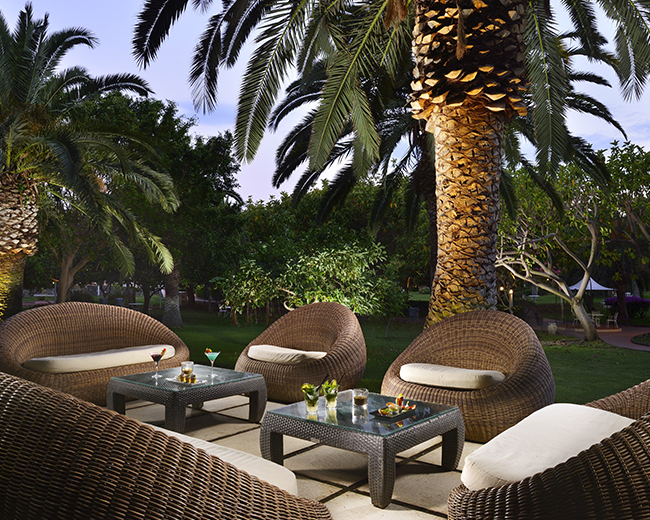 We travel now to Puglia, a region peppered with spas, to Torre Canne, a small seaside resort on the Adriatic coast in the municipality of Fasano. This area boasts a number of wellness centers, but only four of them have natural hot springs. One of these is Torre Canne.
The hamlet of Torre Canne takes its name from a watchtower dating back to the 16th century, built to defend the coast from Turkish raids. The tower was called “delle canna” because it was located near a huge thicket of reeds.
The waters of Torre Canne are today used mainly for mud-balneotherapy and balneotherapy treatments. Thermal water issues from eleven different springs, only two of which have special chloride-sulphate-sodic characteristics: the “Torricella” and “Antesana” springs. A thermal lake from which mud is extracted for therapeutic use lies in the middle of a garden of tamarisks and conifers.
A little further south, the “Waters of Christ”, so called because of their therapeutic properties, flow into a sandy inlet. Thanks to these waters, Torre Canne has become a tourist destination, with a number of spas to choose from.

Where to stay near Torre Canne.

Midway between Brindisi and Bari, Torre Canne is a strategic jumping-off point for visiting the enchanting Alberobello. For this reason, we suggest you stay in the centre of Bari, from where you can easily reach the town of Torre Canne and visit its surroundings. Gruppo UNA UNAHOTELS Regina Bari, an excellent base from which to explore Puglia, is located a stone’s throw from the sea. 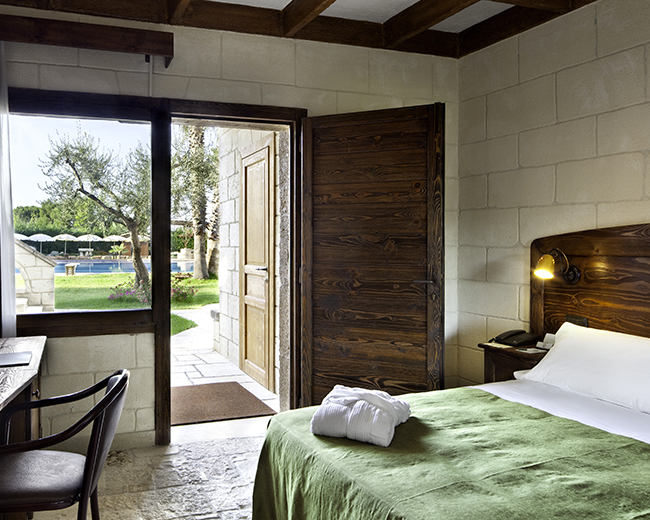