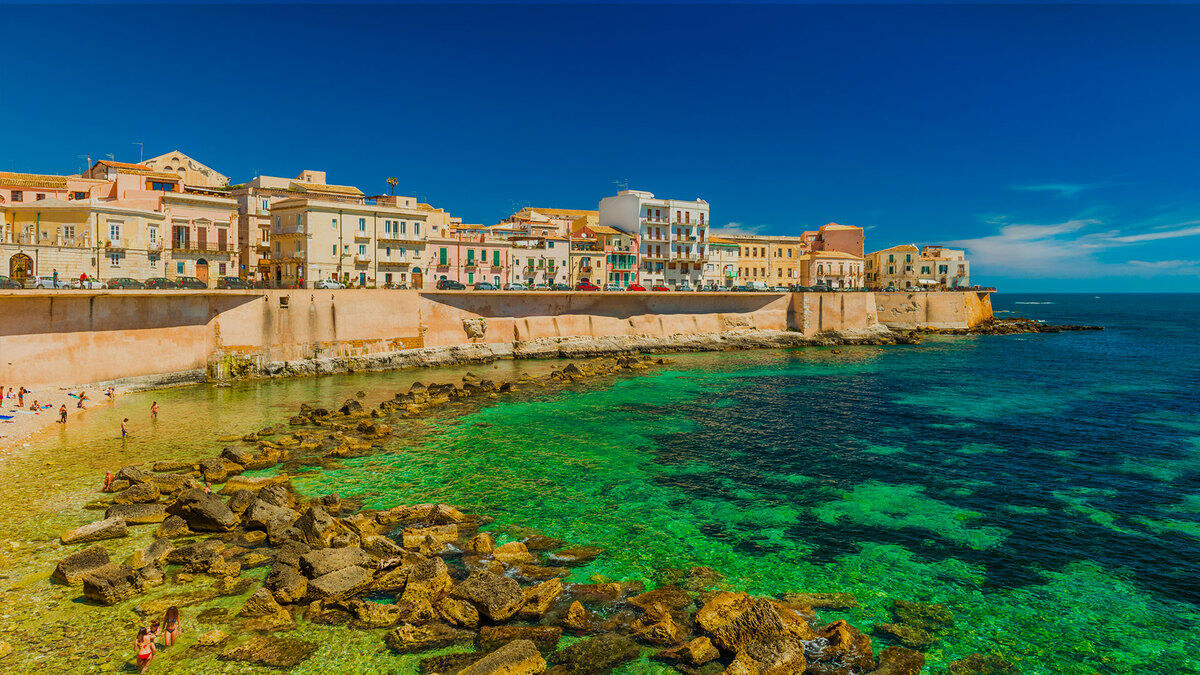 “Land of the quails”, “refuge of the seagulls”, “peaceful harbour”, U’ Scogghiu: these were the names used over the centuries to refer to Ortigia, the small rocky crag that houses the city centre of Siracusa. A stroll around its streets will allow you to discover the most striking and iconic places of this island, so rich in history, scents and legends.

Piazza Duomo and its charming buildings

A tour exploring Ortigia simply has to start in its centre: Piazza Duomo, one of the most fascinating and famous piazzas in Siracusa. Here you will find the splendid Cathedral, the architectural jewel of the city, built on the foundations of a Greek temple dedicated to the goddess Athena and dating back to the 5th century B.C.E. The perfectly preserved Doric columns fit perfectly into the soft lines of the Baroque facade. The spectacular layout of the piazza is completed by the other buildings facing onto it: Palazzo Senatorio that houses the municipal headquarters, Palazzo Vescovile, the Monastero, the church of Santa Lucia, Palazzo Gaetani and Palazzo Beneventano del Bosco. 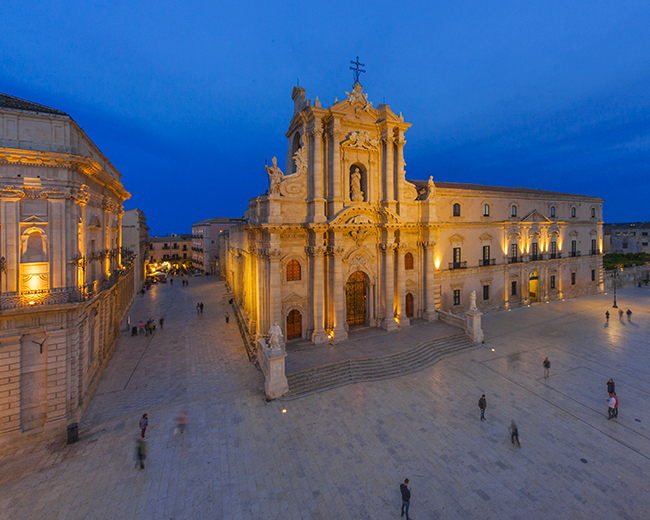 The subterranean treasures of the church of San Filippo Apostolo

Built on the remains of the medieval synagogue, in the Jewish quarter known as Giudecca, stands the church of San Filippo Apostolo. At first sight it might look like any other 18th century church, but if you go in, you'll discover that concealed within the three underground levels is evidence of the coming and going of peoples throughout the history of the city. On the first level there is a crypt, richly decorated with 18th century frescos; going down further, you come to the network of underground tunnels, a subterranean maze used by the Greeks for their water system and converted into an air-raid shelter during the Second World War. Finally, 18 metres down, at the third and last level, is a fresh water spring that was used as a mikvah, a Jewish ritual bath, still perfectly preserved.

Behind the Aretusa spring, a pool of fresh water surrounded by flourishing papyrus plants, you can make out the outline of Maniace Castle, at the furthest tip of the island. The fortification is one of the most important examples of Swabian architecture and stands in a strategic position for guarding the southern coast of the island. The Castle is open to visitors and offers breathtaking views over the sea and the city. 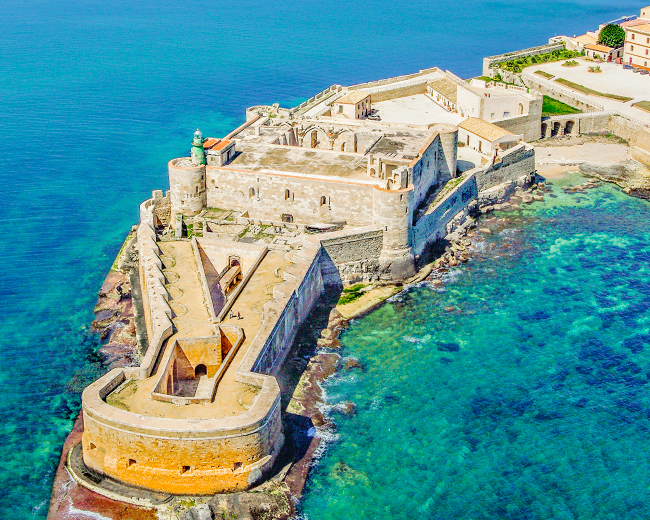 Where to stay in Siracusa

UNAHOTELS One Siracusa is close to the sea and is easy to reach from the historic city centre. The hotel offers a huge range of services, including its famous Akademia restaurant offering excellent local dishes with a gourmet touch, and the spectacular Sky Roof, where you can enjoy an aperitif with a splendid view over the city. 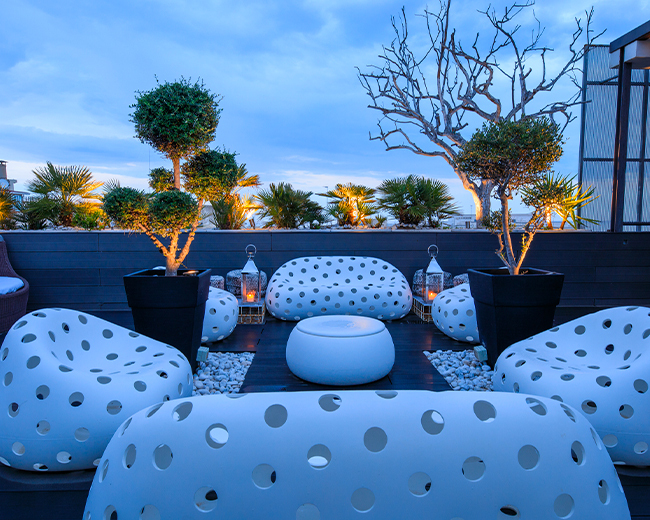