The beauty of the place and the gentle Mediterranean climate, together with its long and colourful history, has made it a popular destination not only for tourists but with writers, composers and film-makers. In 2017, the district even became one of the location for the filming of the Wonder Woman movie. 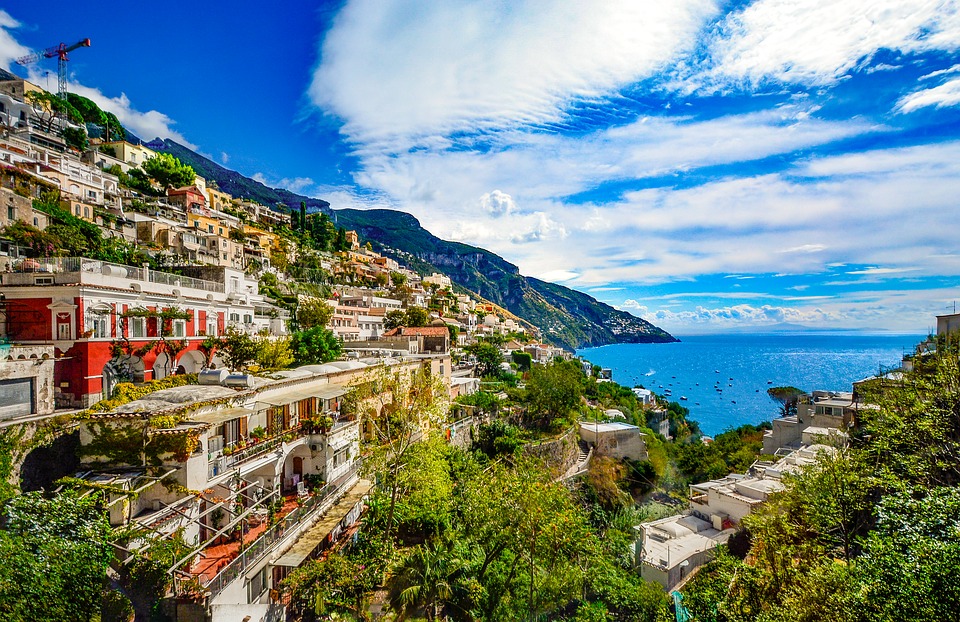 Served by the Sita bus service, it is easy to travel between the coast's many towns, including Amalfi. Significant places along the coast include Sorrento and Sant’ Agata sui due Golfi, which have their own character and attractions. Positano is a picturesque little town with pastel-coloured houses that run down a cliff to the sea, while Naples is a grand and vibrant major Italian city. The following guide points out a number of the historical destinations along the route as well as the activities popular among visitors.  We'll also take a look at the local food and culture.

East of Amalfi on the Tyrrhenian sea is the city of Salerno. Its historic buildings include the Arechi castle and Salerno Cathedral, which was built on the ruins of an ancient Roman temple. Features to look out for here include its Byzantine bronze doors, the ornate marble altar and the Baroque crypt. On the terraces of Minerva’s Garden, you can see medicinal plants that have been growing since the 1300’s. Work westwards along the coast to the town of Ravello. There, the 13th-century Villa Ravello hosts outdoor and indoor concerts every summer, during the annual Ravello Festival.

Amalfi, the jewel in the crown

Further west is Amalfi, the capital town of this coastline. In existence since the 800’s, the town’s chief attraction is the Byzantine cathedral of Sant’ Andrea, where the relics of Saint Andrew the Apostle are kept. For three days at the end of June, the annual Festival of Saint Andrew takes place. Visitors also enjoy seeing the Museo Arsenale Amalfi, a medieval shipyard. 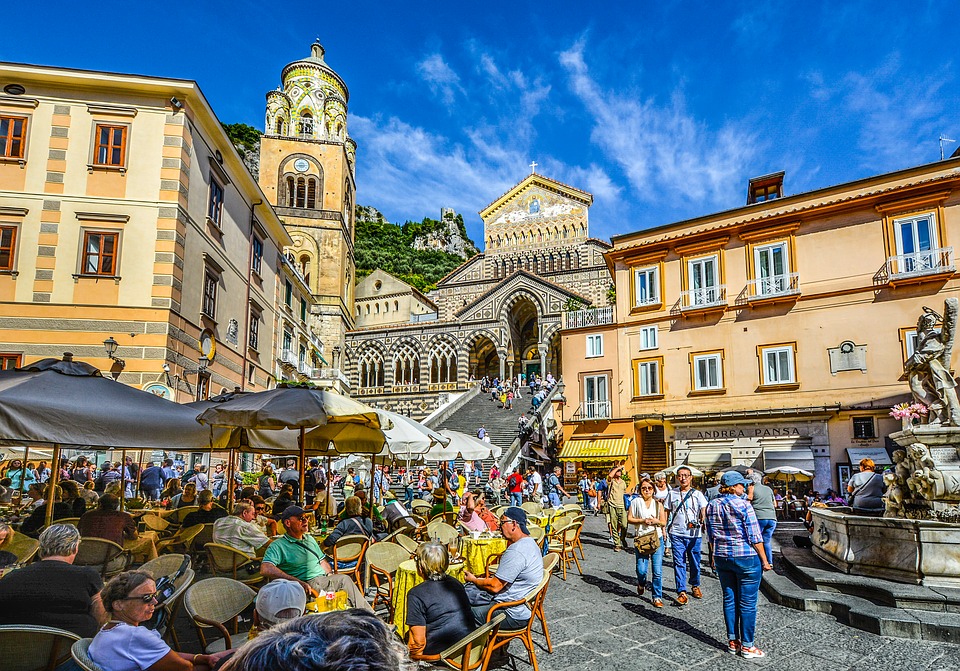 In 272 BC, the Romans captured the Etruscan town of the Conca dei Marini, and it became an important trading base. Surrounded on three sides by a deep and sparkling blue sea, it is the ideal place to go boating and swimming. Monuments include the sixteenth-century Capo Conca watchtower and the Grotto dello Smeraldo, an intriguing sea cave. Annual events include a celebration of the sfogliatello, a famous local pastry. Further west is the town of Positano, which is linked to the other costal towns by the Santiero degli Dei “Way of the Gods” hiking trail. Significant buildings include the Chiesa di Santa Maria Assunta: a church that features a thirteenth-century Byzantine icon of the Virgin Mary. Visitors enjoy strolling Positano's pebble beaches.

Sorrento and Sant’Agata sui due Golfi.

Sorrento nestles on a hilltop that overlooks the Bay of Naples. Just beneath the town is the marina, from which visitors can join numerous boating trips and fishing expeditions. In the centre of the town, many restaurants serve seafood dishes. Historic buildings include the 14th-century Chiesa di San Francisco. Sant’Agata is located further inland, where visitors can hop on board the Due Golfi train tour. The Chiesa di Santa Maria della Grazie, the Basilica di Sant’Antonio and the Monastero di San Paolo are just three of its ancient buildings.

North of the Amalfi coast is the vibrant city of Naples, the capital of the region that's over 3,000 years old. Its attractions include the Duomo di San Genaro, which is filled with frescoes. Of interest also is the 13th-century Castel Nuovo and the Royal Palace. In addition, Naples is the birthplace of the pizza!

Just south of Naples is Mount Vesuvius, which overlooks the heritage site of Pompeii. In 79 AD, Vesuvius erupted and covered Pompeii in ash and pumice. Subsequent excavations have revealed the remains of Roman villas, many of which have been restored. Today, visitors can visit these villas and see their exquisite architecture, frescoes and ornamentation.

Aside from the festivals, which take place at specific times, the majority of Amalfi attractions are open all year round. Just north of the region is Naples International Airport, served daily by airline flights from around the globe. From there, visitors can take a hired car, bus or taxi to the centre of Naples and the Amalfi region.

High-quality accommodation is requisite to an enjoyable vacation, and visitors will find the luxury UNAHOTELS Napoli on the Piazza Giuseppe Garibaldi offers authentic Italian hospitality as well as stunning views of the city from its rooftop restaurant. 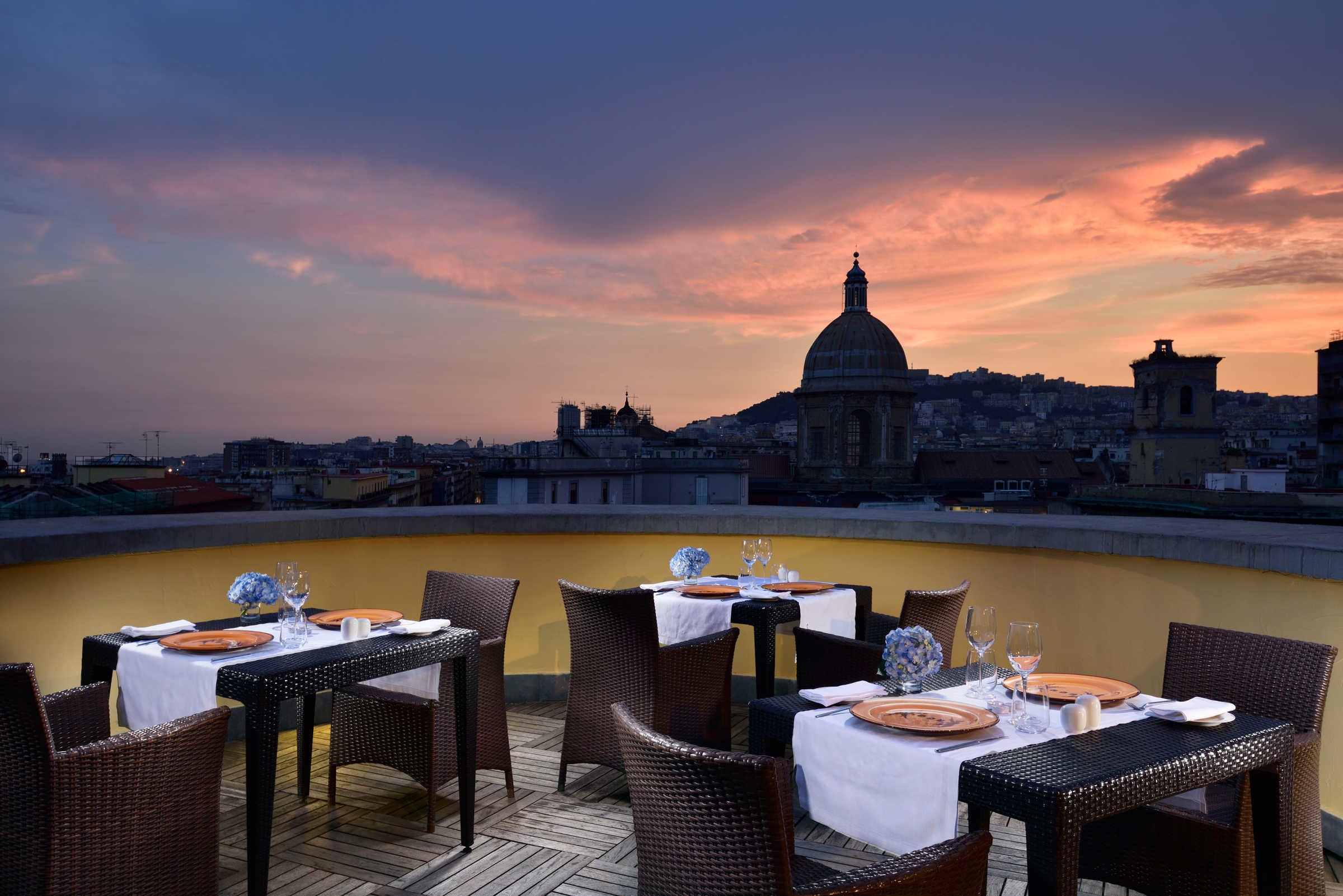 Check out our other articles for more guides and travel tips that will help you book your next trip to Italy.