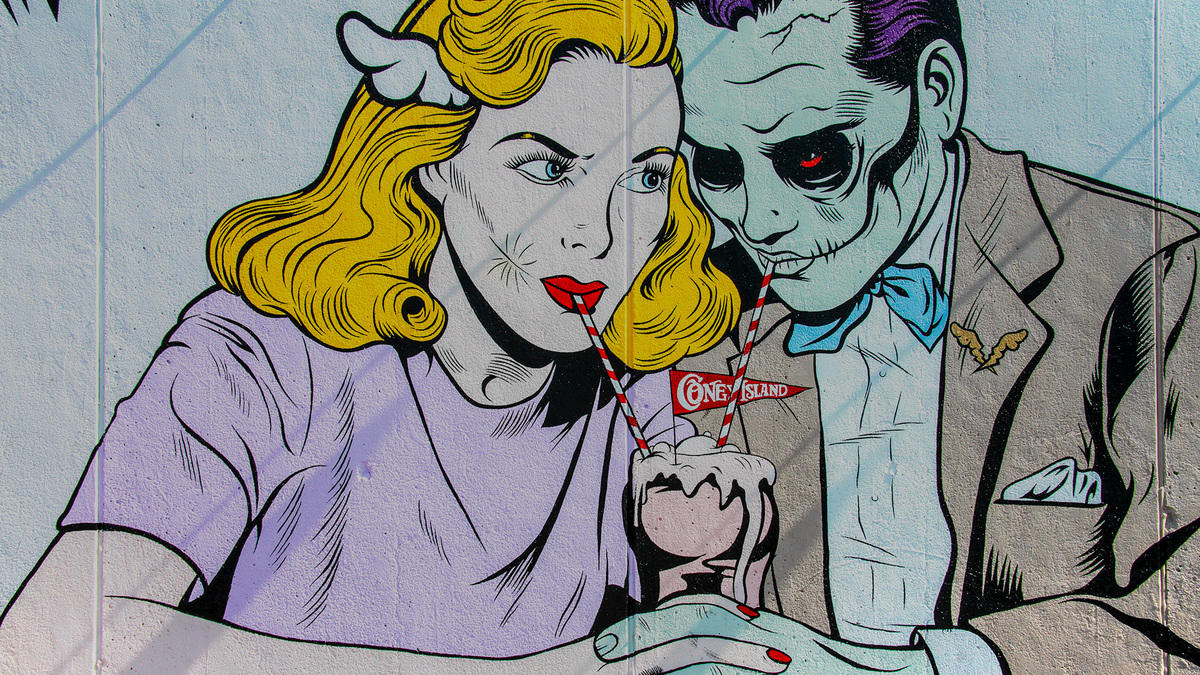 The Ninth Art: immediate transmission of concepts, temporal breadth and versatility… This is what comics can do.

Comics are an art form that harnesses the rules of writing and drawing to serve narration. Whether they’re called comics, manga or bandes dessinées, comics increasingly feature in exhibitions and events that give guests and language critics a chance to celebrate the ninth art as a fundamental form of expression.
Comiket, the most famous comic book event in the world, is held twice a year in Japan at the country’s largest congress centre. Italy has quite a few comics fairs of its own. The best? Let’s find out together.

First held in 1966, this fair runs in November in the Tuscan town of Lucca. Italy’s most important industry show, it is also a staple on the international scene. Every year, it attracts almost every single comics publishing company, making it a date in the diary for all kinds of comic fans.  Lucca Comics is dedicated not just to comics but to animation, role-playing games, board games, cards, videogames, the world of fantasy and science fiction. The show features concerts, screenings, meet-the- author sessions, presentations and entertainment.

This internationally-prominent event was first held in 1998. Many publishers take a stand at this Fair. You can buy comics and various gadgets, and enjoy a programme that includes numerous screenings of animated videos.
Over the years, a great many industry artists from Italy and round the world have been invited as guests, including Milo Manara, an Italian cartoonist known for the sensual charm of his drawings, Sergio Toppi, a cartoonist and illustrator who is considered one of the great masters of Italian comics, David Lloyd who, at the 2006 Fair, presented an Italy sneak preview of V for Vendetta, and Go Nagai, a Japanese cartoonist and writer who is considered to be one of the most important mangaka of all time.

If you’re heading to Naples to attend Comicon but want to soak up the Neapolitan atmosphere too, we recommend you stay at UNAHOTELS Napoli, an elegant 4-star hotel in a historic building located a stone’s throw from the city’s top sights.

Also known as the International Comics and Pop Culture Festival, Etna Comics is an international event dedicated to comics, animated movies, board games and video games. The Fair is held in Catania every year. Festival events include concerts, screenings, meet-the-author sessions, conferences, workshops, presentations, live role-playing sessions, collectible card tournaments such as Magic: The Gathering, and shows dedicated to comics and animation in general.

Where to stay in Catania.

If you are in Catania for the Etna Comics festival, what better location than the Gruppo UNA Palace Catania | UNA Esperienze, with its breathtaking views of Mount Etna, to enjoy not just the comics but the beauty of Sicily too. This hotel, located in the heart of town, offers truly authentic Sicilian elegance.

Slam. Bang. Crack. That was the opening of last year’s Roman Comics Festival, ten thousand square meters dedicated to comics and their infinite variety, from collectible classics to the latest graphic novels. In 2020, ARF!, the third biggest fair for industry publishers immediately after the giants Lucca Comics and Napoli Comicon, offers three days wholly dedicated to exhibitions, meetings, international guests, masterclasses with the stars from the world of comics, and lectio magistralis with the great masters.

A major international show spanning comics, animation, cinema and gaming, this long-established Roman fair has always had a propensity for entertainment tout court. That said, without doubt the Romics d’Oro awards, attendance by Italian and international authors, and a cultural programme reflecting the last year are all big attractions.
The Fair offers conferences, roundtables, meetings with authors of comics and animation… It also looks into the relationship between new media, gaming and interaction with science fiction and fantasy, as well as a chance to attend lessons open to all.

Where to stay in Rome.

For lovers of comics, but also for lovers of design, we recommend staying at Gruppo UNA UNAHOTELS Decò Roma, a hotel located right in the historic centre of the Eternal City, whose art deco rooms welcome you with true Italian style.