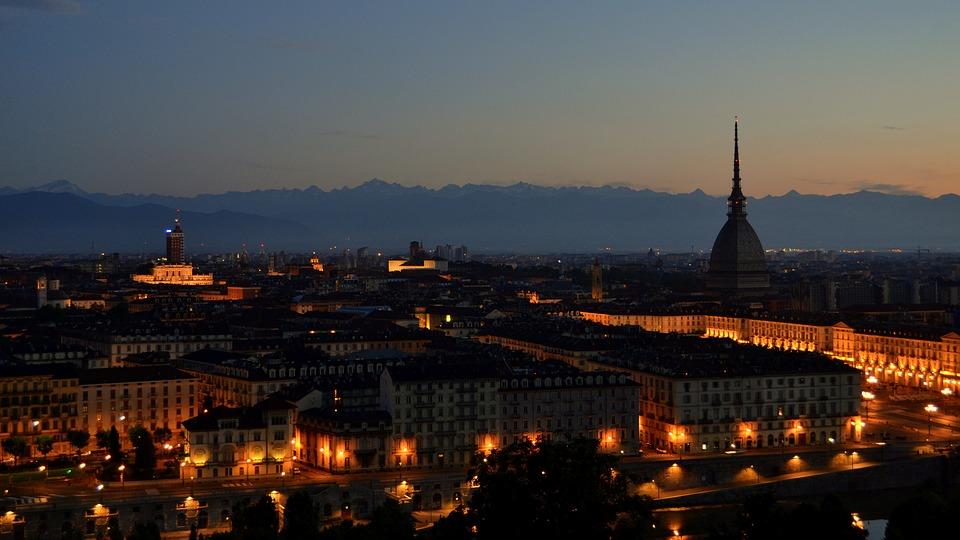 9 things to see in Turin, the capital of Alps.

Religion aside, Turin is famous for being the birthplace of some rather popular things, among them Fiat and Nutella, and it hosted the Winter Olympics in 2006.

But beyond this, Turin remains unknown among many foreign visitors to Italy. Although other revered Italian cities such as Rome, Venice and Milan tend to outshine Turin, the city boasts many activities and things to see when you visit. So when you plan your next tour to Italy, consider a visit to Turin to see some of the spectacular museums, parks and beautiful surrounding landscapes.

Turin served as the first capital city of Italy and was also home to the royal place of the Savoys. The royal family is no longer there, but they left behind more than enough palaces and notable squares to explore. Piazza Castello is the most significant of them; this massive square is ringed with impressive royal buildings, including Palazzo Madama and Palazzo di Reale. The square is always open and free to visit at any time.

Mole Antonelliana and the panoramic lift.

The Mole Antonelliana tower was built in the late 1800s and initially created as a synagogue. Before the tower was complete, Turin bought it and changed it to a monument to national unity. As a wandering tourist, the Mole will serve as a useful landmark because its top is visible from all over the town. Inside the Mole, you can grab a ticket for the Mole Panoramic Lift. The lift, made of glass walls, rises through the centre of the tower. You can also climb the stairs in the tower to the top where you can get a 360-degree view of Turin with the Alps rising admirably all-around. The tower is usually closed on Tuesdays but opens on other days during specific times.

This museum hosts an impressive collection including mummified people, small mammals, dogs, cats and a few rodents. There are also numerous stone statues from finger-size ones to towering giants. In the last front room of the museum, illustrations of the supreme Egyptian gods glare down at visitors under chilling lighting. The Egyptian Museum is usually open throughout the week during specific hours.

If city nature is your thing, then you need to tour the 3,000-hectare stretch of Parco la Mandria, north of Turin. Here, pathways wind through the countryside and gentle wooded regions. If you don't have a bike, you can rent one to explore the depths of this park. If you plan to visit the park on a sunny weekend, you will be in good company, as the park attracts many local families. The locals roam the trails or just sit in the sun, sipping beer and eating gelato.

During the mid-1600s, Turin was ruled by Princess Regent Christine Marie — Madama of Palazzo Madama. In this palace, you can view archaic sculpture and jewellery, Middle Ages and Renaissance art and paintings from the 17th and 18th centuries. You can also see some of the best samples of Italian applied arts.

Parco del Valentino park makes for appealing walks as it is situated on the west bank of River Po, which runs through the city. Along Po, you can enjoy the architecture of the monumental villas and residences on the river banks. The park also hosts the Castello del Valentino, which is one of the homes of the Royal House of Savoy.

This is the dominant church of Turin. It is famous for hosting the holy shroud that is believed to have wrapped the body of Christ. Visitors from across the world flock the cathedral during various times to experience the blessings of the piece. However, you should note that the relic is preserved under a watertight seal and covered by a sheet.

This art museum is located inside Palazzo dell'Accademia delle Scienze and contains some rare treasures. The repository includes pictures by the Venetians Mantegna and the Piedmontese artists, Paolo Veronese, Tiepolo, Canaletto and Tintoretto. There are also other notable works Tuscan artists such as Beato Angelico's Angels in Adoration. The vast collection of Flemish and Dutch paintings includes works by Hans Memling, Van Dyck, Jan van Eyck, Rogier van der Weyden and Rembrandt There is a room allocated to the Gualino Collection, with paintings by Botticelli and Veronese.

Football fans, especially followers of Turin's Juventus, will enjoy the home team's stadium, officially named the Allianz Stadium. There is also the Juventus museum through which you can tour the facilities and visit the press box, locker rooms and the pitch itself.

Where to stay in Turin.

At any time of the year, you can always spend a long weekend in Turin and its picturesque surroundings. But it is important to book your hotel in advance and have an itinerary to visit Turin, so as not to lose precious time once there. In this case, the best solution is surely the hospitality symbol of the city, due to its charm, history and its really central location: Principi di Piemonte | UNA Esperienze.