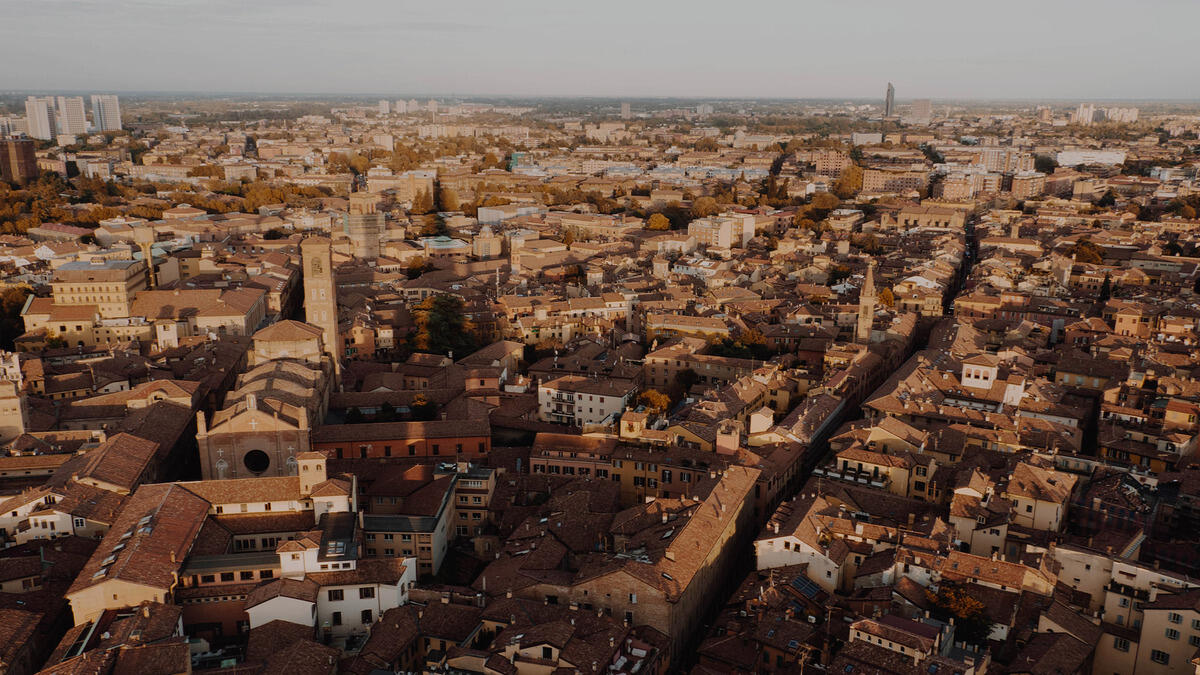 A walking tour to discover the spiritual side of the city through the history of its main churches.

Bologna, one of Italy’s most interesting weekend destinations – one that would certainly be worth a longer stay – is a very lively city, with a wealth of history and beauty that are hard to describe: to appreciate Bologna, you need to see it in person. On foot or riding a bike, you can wonder around the city, exploring its endless porticoes, almost 40 km of covered walkways, its many monuments, museums, towers, historical palazzi, and cultural attractions that together define its lively and creative spirit. This itinerary will take you to three churches, those dearest to the Bolognese people, that capture the essence of the city of Bologna.

This authentic urban sanctuary is one of the most fascinating and mysterious sites of the city. Probably initiated by Saint Petronius, it was built on what once was a pagan temple to Isis and was originally intended as a reproduction of Jerusalem’s Holy Sepulchre. However, during the centuries, the church was expanded and altered multiple times, becoming what it is now: a complex of seven churches, that despite their different styles together emanate a harmonious sense of beauty. From Piazza Santo Stefano you can admire the façades of the Chiesa del Crocifisso, del Sepolcro and of Santi Vitale e Agricola. The itinerary starts with the Chiesa del Crocifisso, an austere, plain-looking but very intimate church. Next is the Chiesa del Santo Sepolcro, originally intended as an accurate copy of Christ’s sepulchre, followed by the church dedicated to San Vitale and Agricola, home to the remains of Bologna’s two martyr saints. The Cortile di Pilato, Pontius Pilate’s yard, commemorating the place where Jesus was sentenced, features a beautiful limestone basin set on a pedestal known as il Catino di Pilato, Pilate’s washbowl. The Church of Santa Croce also known as del Calvario or della Trinità, was supposed to be a five-nave architecture, just like Constantine’s Holy Sepulchre in Jerusalem, but Petronius never managed to complete the building that was left unfinished. Be sure not to miss the Adoration of the Magi, the world’s oldest life-size nativity scene with in the round sculptures. 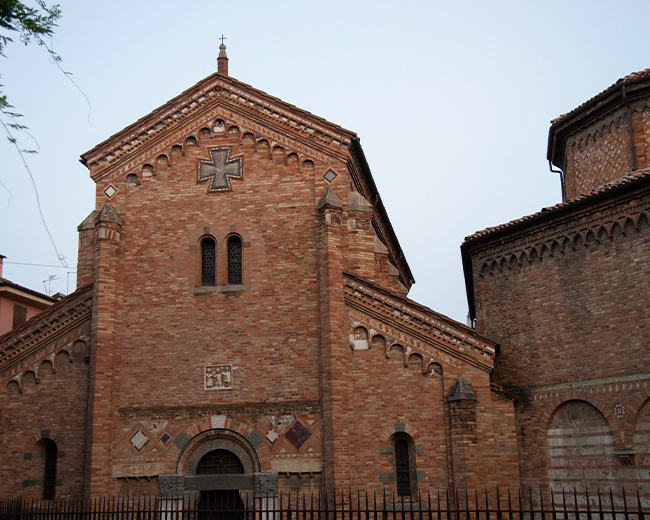 The Basilica of San Petronio, one of Italy’s largest churches dominates Piazza Maggiore, Bologna’s main square. Its construction started in the late fourteenth century and continued for several years. The project was huge since originally the church was supposed to be larger than Saint Peter’s Basilica in Rome. However, legend has it, Pope Pius IV stopped the construction of the church and around the mid-seventeenth century the building process was brought to an end: the central and lateral naves were closed, leaving the church the size it is now. Inside the Basilica there is the Meridiana di San Petronio, the world’s longest sundial (67.72 m) designed and built by Gian Domenico Cassini around 1656, after Egnazio Danti’s previous sundial was destroyed during the extension works carried out on the church. Another must-see is the grand fresco of Dante’s Divine Comedy Inferno inside Cappella Bolognini, painted by Giovanni Modena in 1400: in one corner you can spot Muhammad among the heretics condemned to be ripped apart. To complete your tour of the Basilica don’t forget to climb up to the roof from where you can enjoy great views of the city. 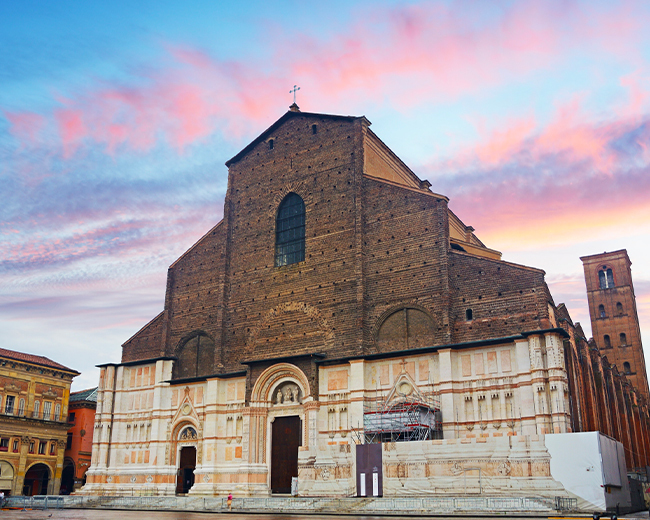 The origin of the Basilica of San Domenico is connected to Saint Dominic of Guzman, the Patriarch founder of the Order of Preachers. The construction of the basilica started in 1221, the same year the Saint died, and was completed around 1233. The all-brick façade features a large central rose window. Inside the Chapel of San Domenico there is the beautiful marble Arch of Saint Dominic containing the remains of the saint, adorned with sculptures by Nicola Pisano author of the urn. This monument is one of Bologna’s artistic highlights with a decorative apparatus vividly illustrating the life of the Saint, better than many written texts will ever do. But there is more: between the fourteenth and the eighteenth century, several alterations were made to the Basilica: new chapels and a bell tower were added, and several outstanding artworks were displayed inside it. Among these is San Procolo, a sculpture executed by Michelangelo Buonarroti between 1494 and 1495. 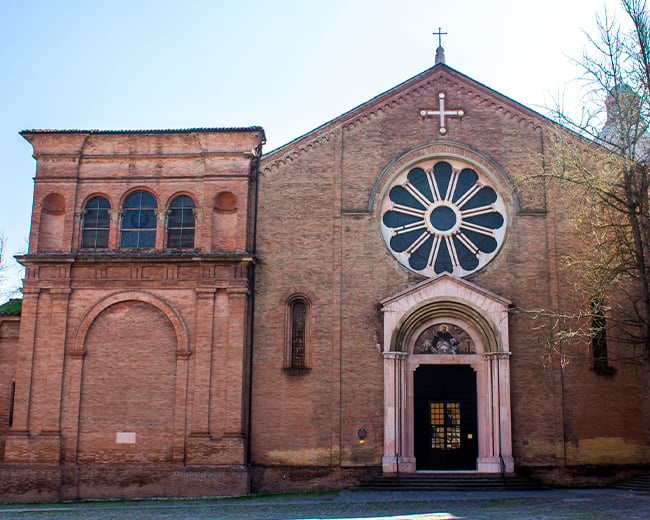 Where to stay in Bologna

Bologna, a cultural city, is the ideal destination to enjoy a relaxing holiday break walking under the porticoes of the old city centre. The perfect accommodation to explore the city in total comfort, while also enjoying its lively spirit and famous cuisine, is UNAHOTELS Bologna Centro, offering you atmosphere, charm, plus a restaurant with a menu of local delicacies, situated in a conveniently central position. All you need for your perfect holiday. 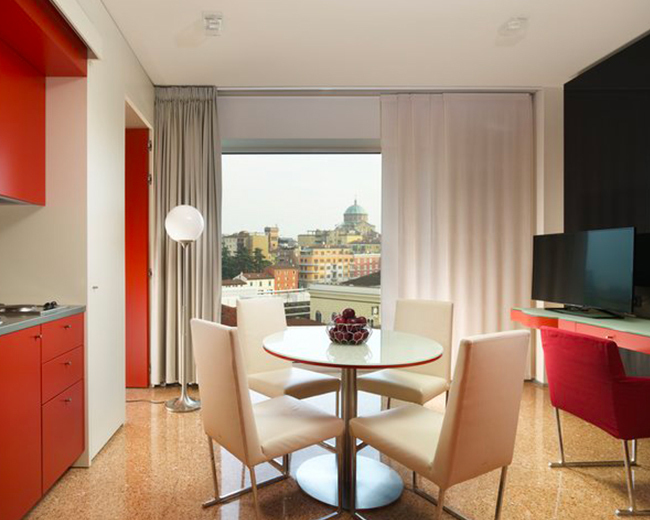