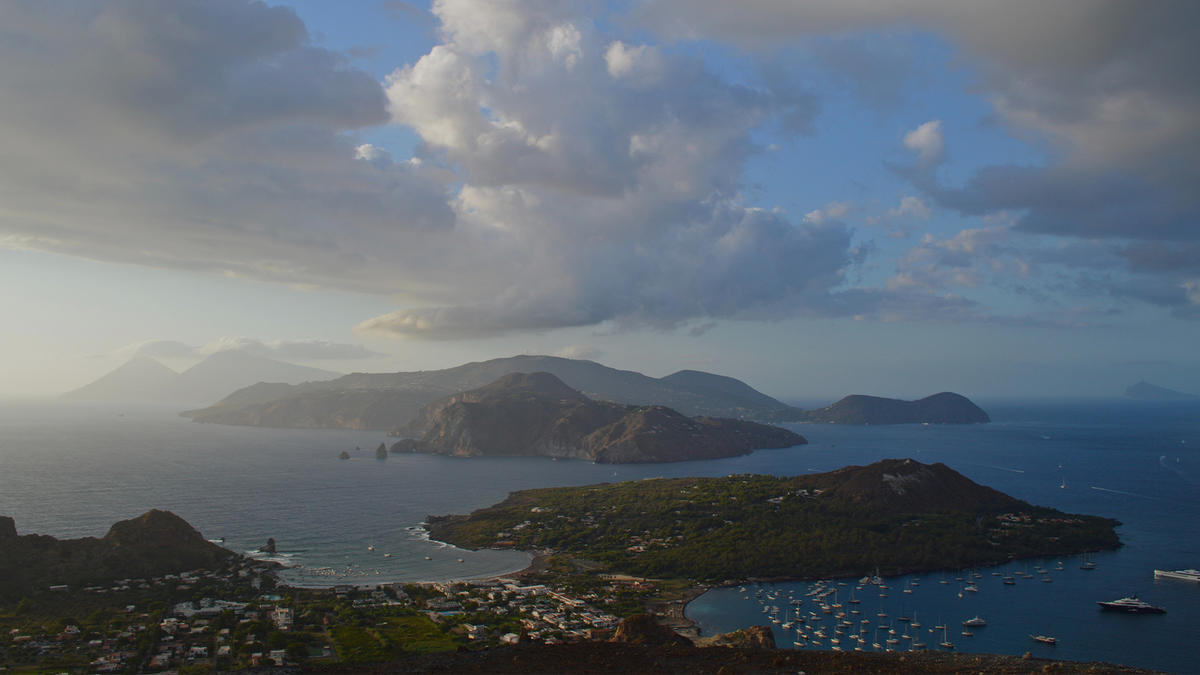 The Island of Salina: A Paradise to Discover

Lush nature and breathtaking views are the poetic charm of the Aeolian archipelago’s second largest island.

Salina is one of Italy’s most beautiful islands, a veritable paradise immersed in nature, bathed by the Tyrrhenian Sea’s crystal clear waters just off the Sicilian coast. With hills sloping gently down to the water’s edge, it is separated only by a small strip of water from the nearby Stromboli volcano, over which it offers stunning views.
The island’s main port  is Santa Marina, which also has a marina; the other port, Rinella, is on the south-west side of the island. Let’s discover the most evocative places on this wonderful Sicilian island. 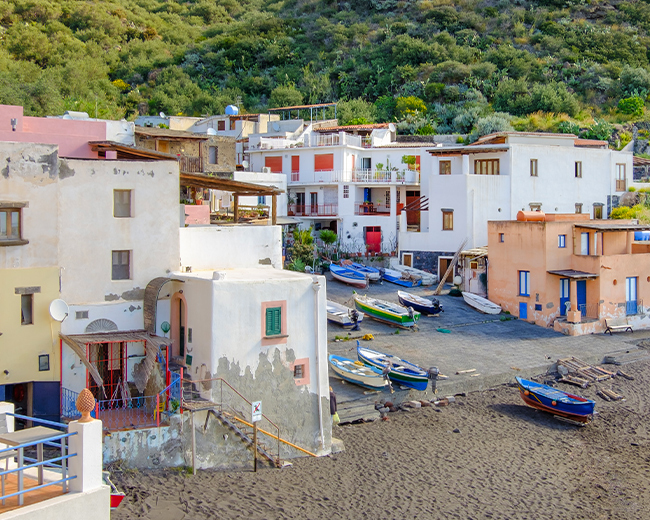 The municipality of Santa Marina lies on the slopes of the Fossa delle Felci, a huge crater covered in shrubby vegetation, mainly of ferns. The busiest spot on the whole Island, it is packed with small shops and clubs that fill up in the evenings with busy nightlife. In the western part of the village, in the locality of Serro dell’Acqua a path leads through olive groves and fruit trees to Saracen caves dug into the tuff rock concealed by dense vegetation.

Don’t miss taking a walk in Lingua, a small fishing village with a unique pebble beach and a saltwater lake separated from the sea by a thin strip of land. Now a Special Protection Area of historical and environmental importance, not only is it a rest area for hundreds of different species of migratory birds, but it has ancient pools that date back to the Greek period, along with a lighthouse that makes it a truly unique landscape. 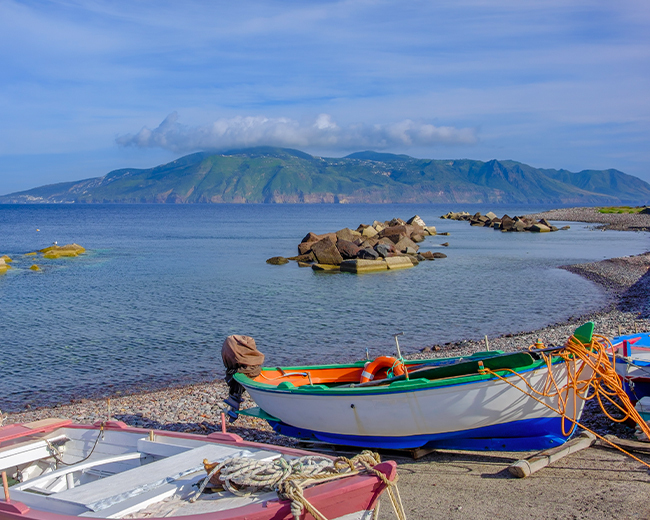 When people mention Pollara, it’s usually in the same sentence as the name Massimo Troisi, an actor who, having fallen in love with the place, decided to set the most poignant scenes of the last film he ever made, The Postman, right here. Under a steep amphitheatre of a cliff overlooking the sea, Pollara is one of the most fascinating places in the Aeolian Islands. Sunset from here is spectacular: the sun goes a wondrous deep red colour, picking out evocative natural attractions like the beautiful Alicudi and Filicudi islands. 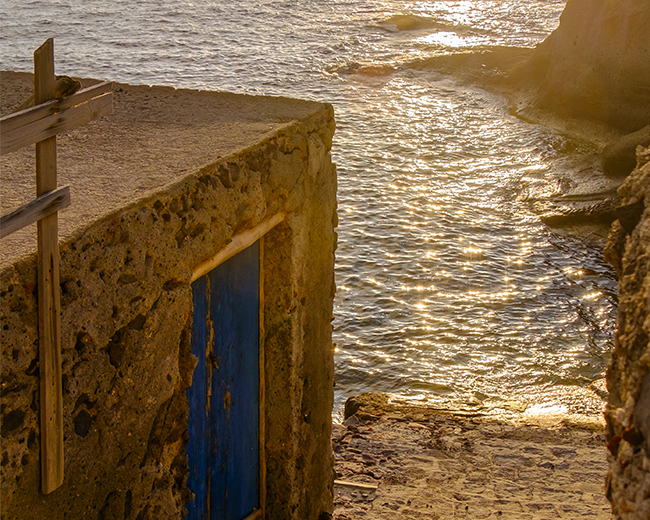 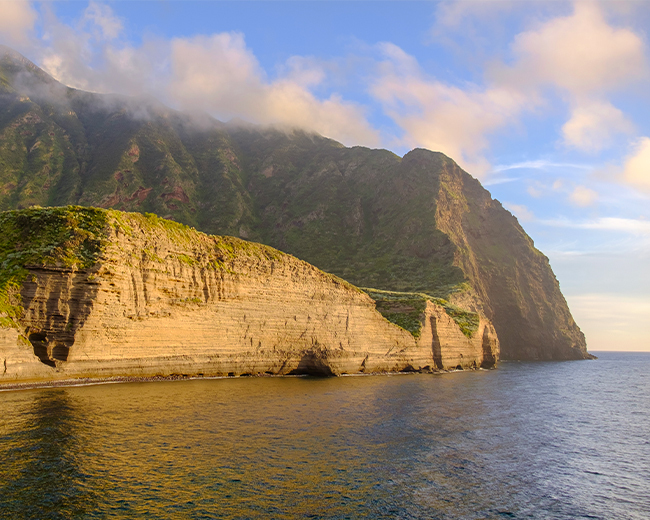 The Greeks called modern-day Leni “Lenoi”, a reference to containers for crushing grapes. Today, the municipality includes the fractions of Rinella and Val di Chiesa, where the Sanctuary of the Madonna del Terzito is located.The small fishing village of Rinella lies at the mouth of a steep valley that leads directly down to the sea. Unique and truly charming, this is one of the most characteristic places on the entire island, with its wonderful crescent-shaped beach of black sand crowned by caves dug into the rock. If you’re a snorkeler, this is the place for you: the low, sandy seabed is a paradise of rich marine flora and fauna. 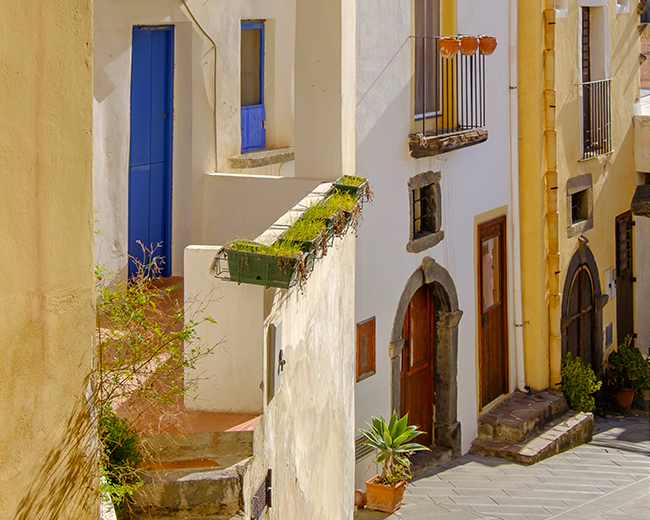 Wine-lovers flock to Malfa, the small village that is home to numerous Malvasia delle Lipari wineries. Also dubbed the Devil’s Wine, this beverage has a thick, sugary, sulphurously-syrupy quality that permeates the entire palate. Scattered across a steep slope running down to the sea, with a small pebble beach and lava rocks right in the village, Malfa’s houses are a characteristic white colour. Dating back to the eighteenth century, the church of Sant’Anna stands In the main square. It houses
many paintings and sculptures, including the Nativity of the Virgin, the Madonna del Rosario and the Madonna della Guardia. 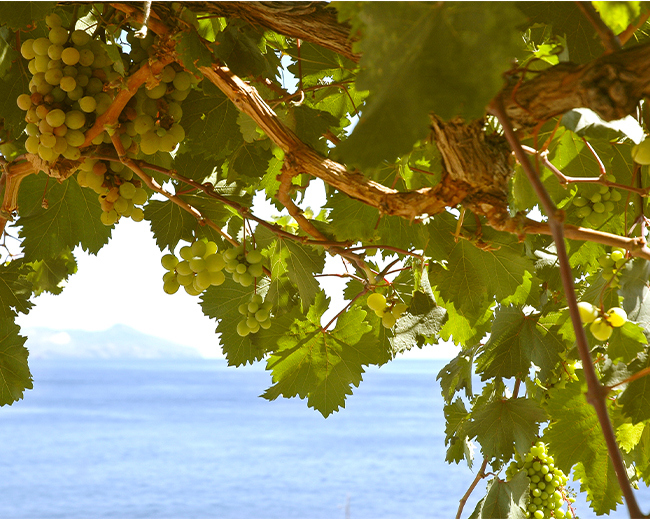 An Island to Enjoy.

The Aeolian Islands are known for their delicious typical products. Aeolian cuisine is one of the most imaginative and varied in all of Italy, each recipe featuring aromatic herbs to pep dishes up and infuse them with fragrance. The island’s food and wine heritage is naturally enriched by fresh-caught fish and one of the cornerstones of traditional cuisine, Salina’s famous capers. Harvested by hand as soon as they germinate, they are spread out to dry in a cool place to prevent them from flowering. After being sorted by size, they are stored under salt in drums. The capers are decanted from one drum to another repeatedly for at least four days to prevent them from fermenting. They’ll be ready to eat after a month or so. Tomatoes are another typical local product. In addition to having a slightly elongated shape, the local tomatoes are particularly sweet. Harvesting takes place during the summer season. They are then hung up on large wicker wheels, and can be kept to be eaten all winter long. 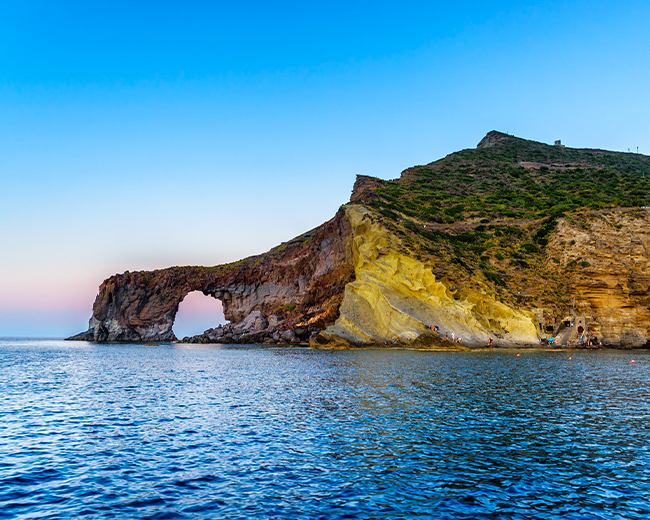 Where to stay in Salina.

For a perfect place, we suggest a memorable stay at the Gruppo UNA L'Ariana Isole Eolie | UNA Esperienze hotel. Enjoy the welcome in the carefully-restored rooms of a historic villa from the early 1900s, a beautiful building on a cliff overlooking the island’s turquoise seas, in a hotel that is the pride of the pretty village of Rinella. Spacious terraces and windows offer panoramic views out over the islands of Lipari, Vulcano and Filicudi, all the way to the wonderful Sicilian coast and Mount Etna’s imposing peak. A delightful cove hard by the hotel offers an excellent spot for relaxed swimming; a little further along is Ariana’s Rock, named after the mermaid of legend who lured ships to the rocks with her song. 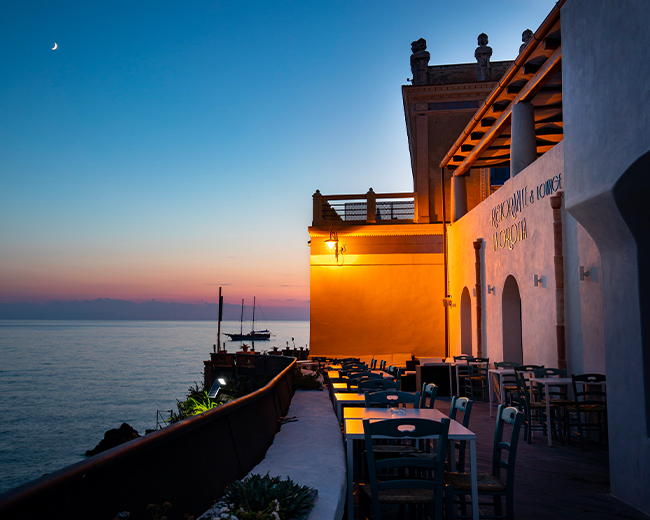