Fashion Week brings out the best in Milanese fashion.

Held in January and June, the events are stand-alone presentations of the latest men's fashion collections. As a fashion hub, Milan is an important destination for both fashion shows and shopping. 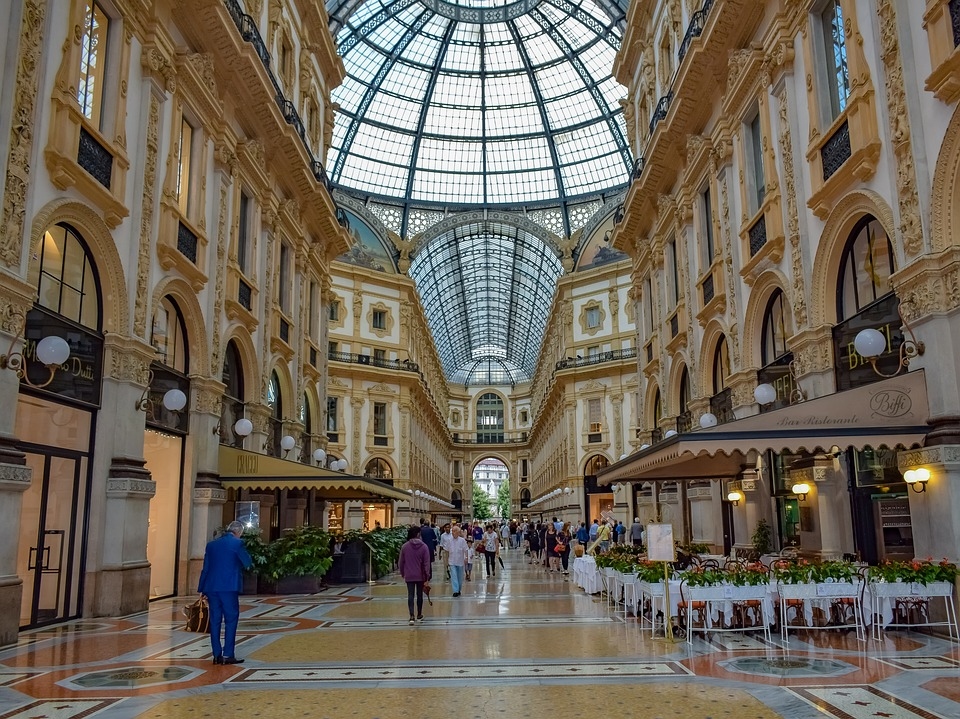 The men's fashion shows in 2019 included, typically, Italian designers such as Emporio Armani, Fendi and Versace. There were also presentations from Jimmy Choo, Etro and Tod's. Bright colours and animal prints featured heavily in the collections this season. We will see how these trends translate to the ready-to-wear pieces that will be available later in the year.

This season, MSGM went for fluorescent yellow, orange, and pink in adventurous colour combinations. Marni added bright orange to a cheetah print, while Dsquared2 gave us multi-coloured fish scales. Philipp Plein offered a combination of puffer coats and stylish urban wear. In his Billionaire line, Plein showed over-50 models in the most sumptuous fabrics and rich hues.

The styles seen on men around the city were talked about almost as much as the shows. Layering up against the cold, we could see flashes of colour beneath fur-lined trench coats and thick scarves covering bright tartan shirts. Standing out from the crowd was the name of the game with the men attending fashion shows this year.

Discover other events around the men's Fashion Week in Milan.

Over 100 fashion shows and presentations take place during Fashion Week for each season. In addition, parties, magazine shoots and model coverage make it a busy week of events in the city. Milan is a vibrant fashion hub throughout the year, but Fashion Week brings an extra feeling of celebration, making for a wonderful night out.

Fashion Week brings out the best in Milanese fashion as well as industry insiders from around the world. When visiting the city during this week, you will feel a buzz unlike at any other time, except, maybe, for during carnival. Whether you are sightseeing or shopping, you will see with your own eyes why Milan is one of the top fashions destinations in the world.

If Fashion Week has you in the mood for shopping, there are plenty of places to get your fix. In the centre of the city you can't miss the stunning cathedral: from there, the surrounding streets make up the main Fashion District. Designer stores and chic boutiques along with department stores are sure to satisfy your shopping urges.

Around the city, there are several shopping areas with stores featuring your favourite brands as well as independent labels that offer a fresh take on fashion. Galleria Vittorio Emanuele II is a breathtaking four-storey arcade dating back to 1877 with Louis Vuitton, Gucci and Armani among the brands featured there. At the opposite end of the scale, Porta Nuova is one of the newest developments in Milan which also offers clothing stores from Moschino and Muji. 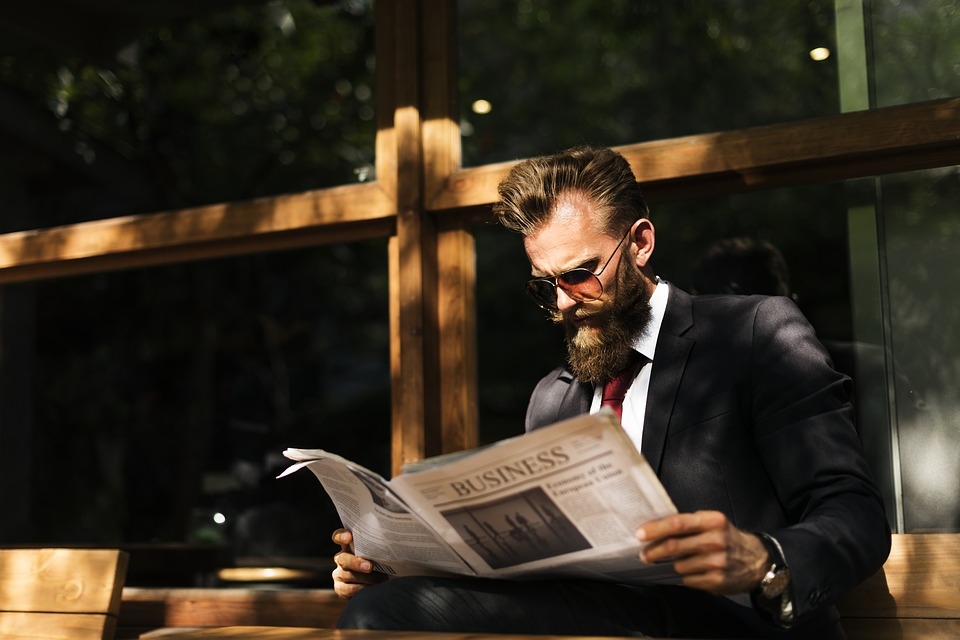 As the stylish crowds flock to the men's Fashion Week in Milan, as well as the other Fashion Weeks in this glitzy city, it's important to book a hotel well in advance. Gruppo UNA has 12 hotels in Milan to choose from, each as architecturally or stylistically as intricate as the clothing you'll see on the runway. We offer 4 and 5-star accommodation with Italian elegance and warmth that you will appreciate after a busy day of sightseeing and fashion shows.

If you prefer to stay outside of the city, UNAHOTELS Expo Fiera Milano offers traditionally styled 4-star accommodation. Set in a picturesque lakeside location around 30 minutes from the city centre, you can enjoy some peace and quiet away from the fashion crowd. If you enjoy being in the heart of all the action, the UNAHOTELS Century Milano is a contemporary hotel near the main train station in Milan. Rooms are sleek and stylish, while dining can be enjoyed in front of the impressive courtyard fountain. 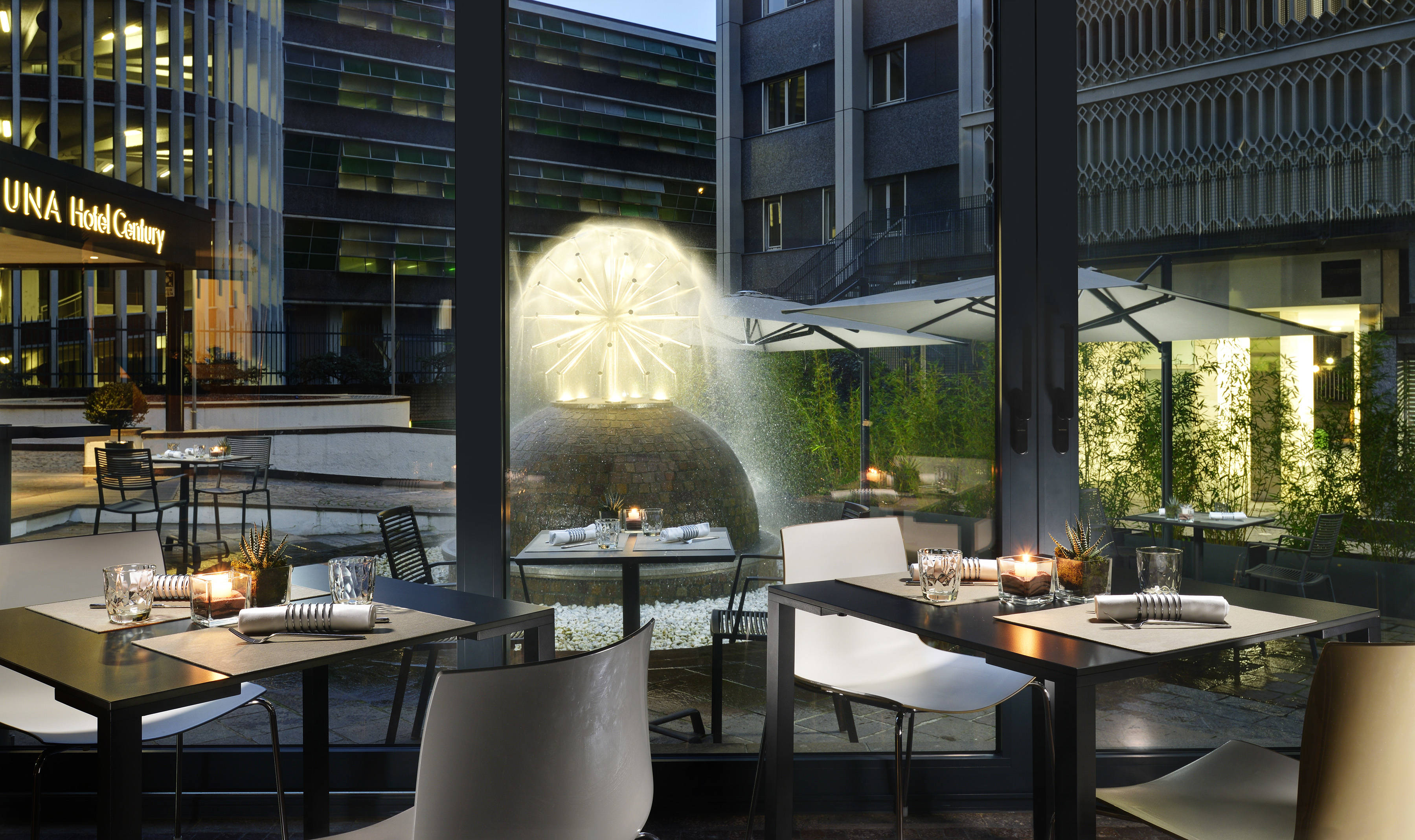