Visit Sicily for the Festival of Sant'Agata in 2019.

Phoenicians, Carthaginians, Romans and Greeks have all put their stamp on the island, creating a wealth of history and culture that sits amid a dramatic landscape.

Mild temperatures make Sicily a year-round destination, while the city of Catania attracts visitors from across the world who wish to experience the ancient Festival of Sant'Agata. Catania is a bustling city, full of beautiful Baroque architecture and a historic centre that's a listed UNESCO World Heritage Site. What's more, on the doorstep is the beautiful Sicilian countryside.

Catanese holidays are the perfect time to soak up the atmosphere and excitement of popular traditions in Catania such as the Sant Agata's Festival. During this three-day February festival, up to one million followers take to the street as a silver reliquary of the saint is carried through the town. Spectacular fireworks, parades and street food are also highlights of the festival.

The history of the Sant'Agata Festival.

The origins of this Catania holiday go back to the days of Roman occupation. Agata was a teenager from a privileged family who decided to devote her life to religion rather than marrying. When she rejected the proposal of the Roman Proconsul Quintianus, she was subjected to violent persecution, which included brutal violence. She died on 5th February 251 A.D. and quickly became a cult figure, symbolic of Sicily's fight against Roman oppression.

Since her death, many miracles have been linked to her intervention. In 1169, Mount Etna erupted on the eve of her saint's day, and a flowing river of lava reached the town, where it was stopped by her veil that was being carried in procession. From that day forward, the festival has taken place every year between the 3rd and 5th February. During the festival, both locals and visitors carry lights through the city.

Know the festival program for 2019.

This popular traditional Catania event takes place every February with the opening day of 3rd February devoted to the candle, or cannalori, procession. There are 11 candles set in gilt-baroque casings, each weighing up to 1,000 kg, which are carried through the streets alongside a marching band. In the evening, Piazza Duomo is the venue for a concert which is rounded off by a spectacular firework display.

To many devotees, the second day of the festival on the 4th February is the most special. The reliquary statue of Sant Agata leaves the cathedral and is carried through the city crowds. The procession lasts all day with stops at places linked to events in the saint's life. As dusk falls, the statue is returned to its resting place in the cathedral.

The 5th February is the festival climax. The day starts with church masses and continues with periods of private reflection before the statue once again leaves the cathedral at around 6 p.m. During this slow procession through the city, the bearers take a well-earned rest in preparation for the next stage of the route. During this rest, the statue is greeted with more fireworks.

The rest is much needed: when the procession reaches the bottom of the steep Via San Giuliano, the bearers demonstrate their courage and devotion by running up the hill with their precious load, cheered on by the crowd. As the statue is returned to the cathedral, the fun continues throughout the night with fireworks and street parties.

To enjoy this beautiful show, the Palace Catania | UNA Esperienze rooftop is the ideal location. The Etnea Roof Bar & Restaurant will welcome you between traditional dishes and regional delicacies.

In contrast to the religious devotion of the three-day festival, the saint's horrific end is also marked by rather risque cakes: the mini breast-shaped cassatelle, or the breasts of Sant Agata (it should be noted here that her breasts were a prominent feature of her gruesome end). These sponge cakes are filled with ricotta cheese, covered with virginal white icing and then finished off with a red candied cherry.

Book a hotel with Gruppo UNA and you are sure of a warm Italian welcome as well as good food, elegant design, art and culture all before you step out of your hotel. The city centre location of the Palace Catania | UNA Esperienze makes it the perfect setting for enjoying traditions and events in Catania. The historic building has been sympathetically restored and delivers a balance of Sicilian style with contemporary comfort. 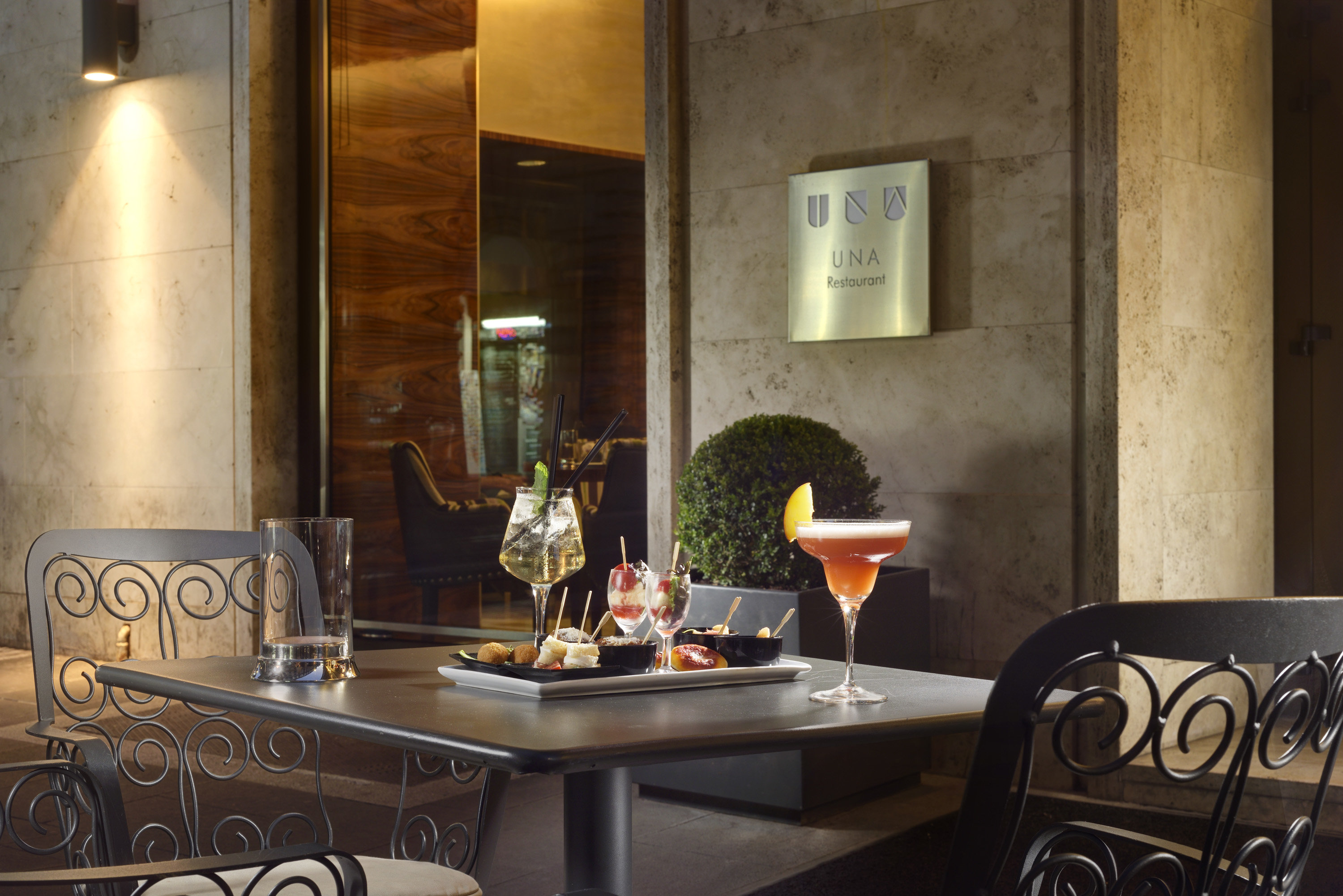 For your Sicilian visit, especially around the time of festivals and religious holidays in Catania, we recommend booking in advance to ensure the hotel and room of your choice. While the luxurious Palace Catania | UNA Esperienze puts you in the heart of the city with a ringside view of the festival, there are also three other GruppoUNA hotels within an hour's drive of Catania.

Read our other articles to find out more about festivals, events and our luxury accommodation found all over Italy.