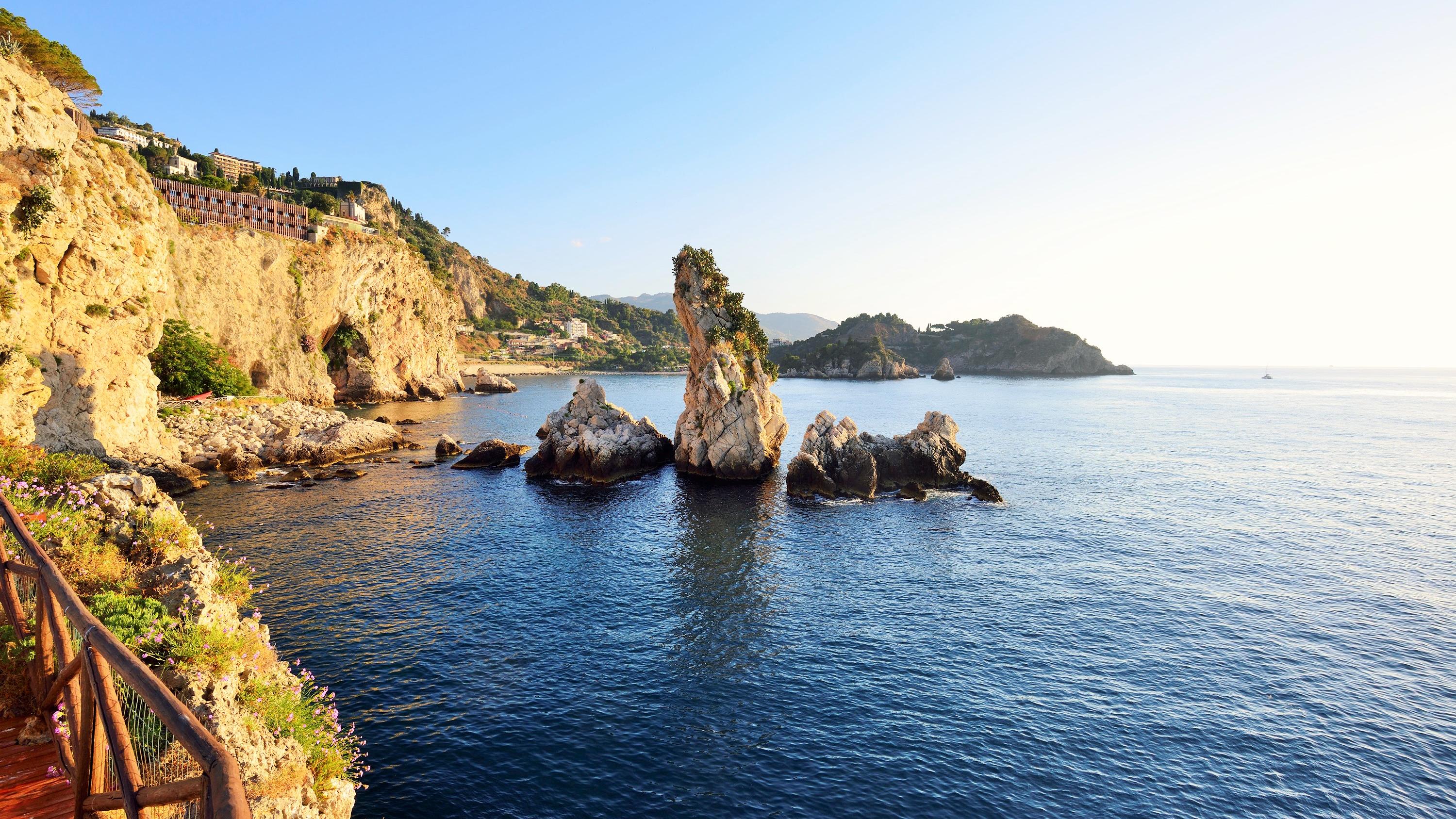 Isola Bella: the jewel of Sicily near Taormina

One of the most spectacular locations in the Taormina area.

The island of Isola Bella is clearly visible from the Taormina promenade and was privately owned until it was purchased by the Region of Sicily. The island features a nature reserve, and visitors will be enchanted by its tiny pebble beach, luxuriant foliage, and beautiful sea grottos. Several bird species and native lizards can be found on the island and it is truly one of the most enchanting beach attractions in the Taormina area. 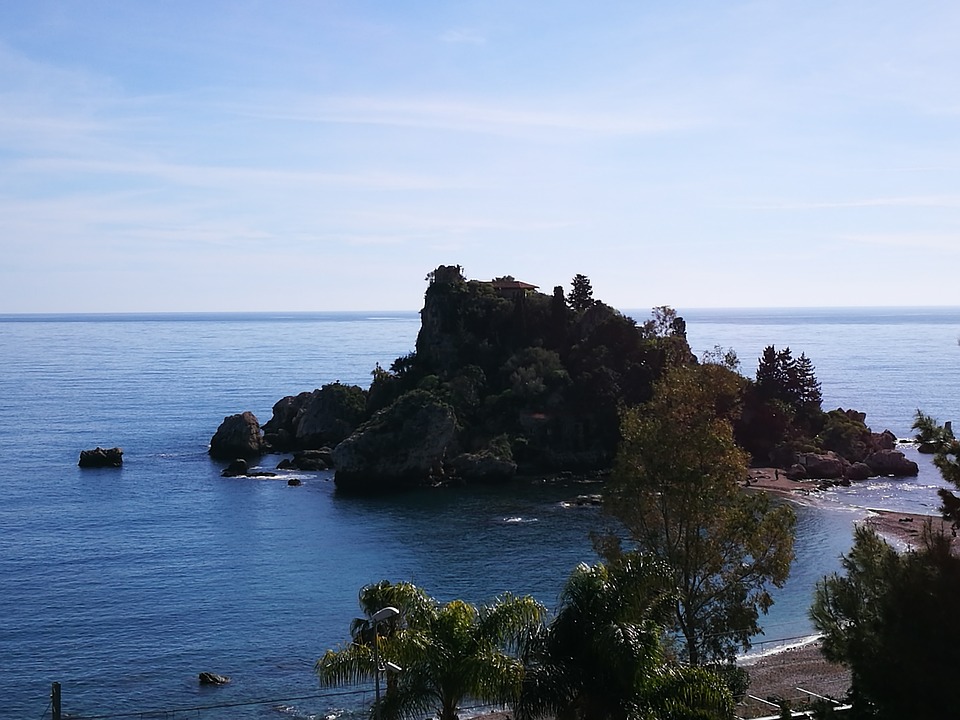 King Ferdinand I of Sicily originally gave Isola Bella island to Taormina in the year 1806, and it was subsequently sold for the sum of 14,000 Lire to a rich English noblewoman, Florence Trevelyan, in the year 1890. Following the death of her mother in 1877, Florence Trevelyan embarked on a tour of Europe and eventually settled in the Sicilian town of Taormina. She married the local doctor and former town mayor, Salvatore Cacciola, in 1890 and embarked on building a home on her island and creating gardens.

Florence always had a keen interest in gardening from a young age and imported several rare plants, shrubs and grasses from various exotic locations to beautify her island and attract birds and wildlife.

The island remained in private ownership until the year 1990. At that time, it was owned by the local Bosurgi family who operated the Sanderson citrus fruit processing company. When the Bosurgi family business went bankrupt in 1982, the island of Isola Bella was just one of the assets to be auctioned. It fell into disrepair for some years and suffered vandalism which did destroy a number of the plants and shrubs. It was finally purchased by the Sicilian government in 1990 and turned into a designated nature reserve.

Florence Trevelyan also purchased several steep parcels of land on the hillside in Taormina and created another garden which she called Hallington Siculo. This garden has spectacular views of the sea and across to Mount Etna and has now been incorporated into the Taormina Muncipal Park. Although the garden also features exotic plantings, it is more renowned for the unusual buildings she created from reclaimed materials and salvage.

Isola Bella, Sicily: How to get there.

You can take the cable car from Pirandello via Mazzarò to Isola Bella, or alternatively, stroll down Via Pirandello to the Isola Bella viewing point, and if tides permit, you can then walk over the causeway to the island.

The island is open from Tuesday through to Sunday each week and closes an hour before the sun sets. Opening times during the winter season will vary due to weather conditions.

Groups of no more than 15 people are allowed on the island at any one time. and  entry tickets cost €4 or  €2 for concessions.

The closest public car park to Isola Bella is the Mazarro car park and summer parking prices are €9 for up to three hours and €19 for up to 24 hours. 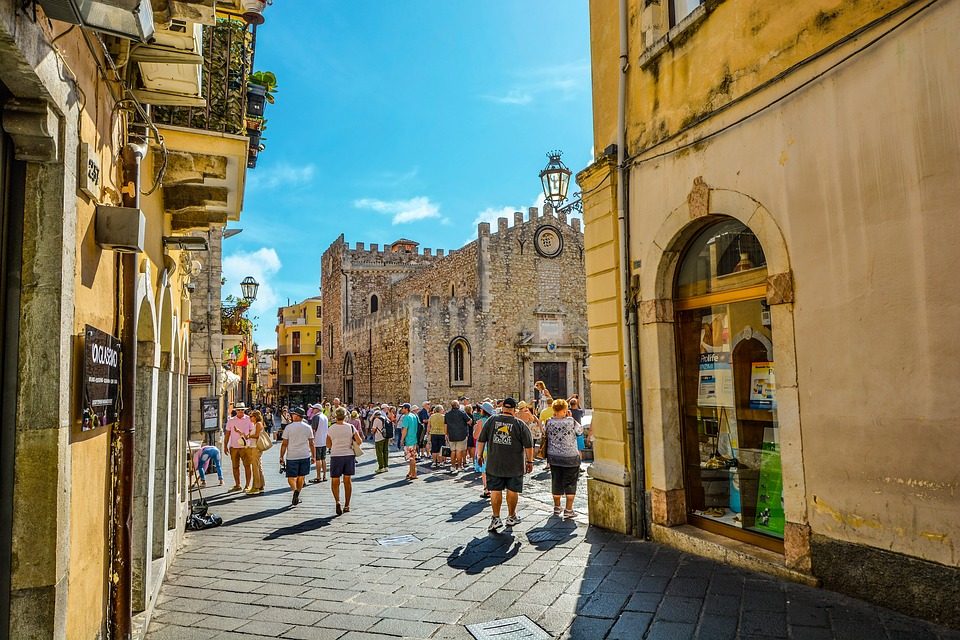 Taormina is one of the most popular Sicilian holiday resorts, offering visitors from all walks of life a real taste of the dolce vita combined with Sicilian style and panache.

The spectacular hillside town is precariously perched on the mountainside, and visitors will appreciate its stunning views and historic past.

The area around Taormina was settled even before the Greeks founded the town in 400BC, at which time it became a prominent fortress defence, and this was also the case when the settlement fell into Roman ownership. Over the centuries, it was then ruled by the Muslim Fatimids, the Normans, the French and the Spanish. The town has certainly had a fascinating history which is particularly apparent in the Old Town, as many fragments of ancient structures are still visible. The Ancient Theatre of Taormina is a Roman building which is largely intact and is popular with visitors to the town.

Taormina has been a holiday destination for upper class Europeans taking the "Grand Tour" since the 18th century. It was praised highly by Johann Wolfgang Goethe in his 1786 record "An Italian Journey". The town was also the home of DH Lawrence for a short while,  from 1920 to 1922.

Visit Taormina during your Sicily holiday.

There are lots of great reasons to visit Taormina during any Sicilian travels, and exploring the beautiful island of Isola Bella should be top of anybody's holiday bucket list!

Gruppo UNA as beautiful luxury hotels located all over Italy. Take time to browse our website to find out about our destinations and check out the Gruppo UNA news site to discover more about Sicily and some of the other stunning holiday locations in Italy. 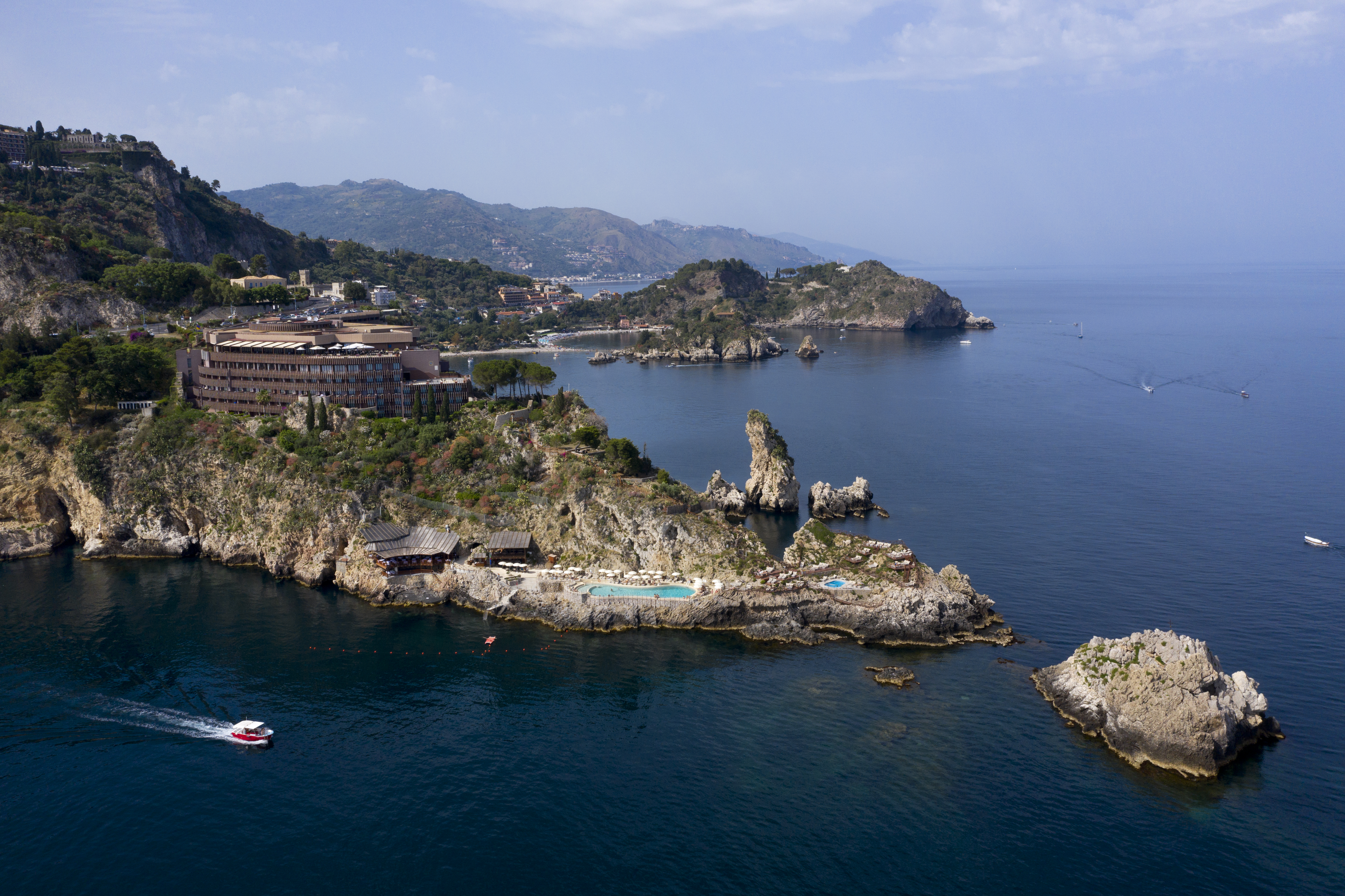