With all-year-round sunshine and temperatures that never get too high, Sicily vacations are a great way to sample traditional Italian welcome and hospitality. Search for Sicily holidays online and browse the Gruppo UNA choice of island hotels. 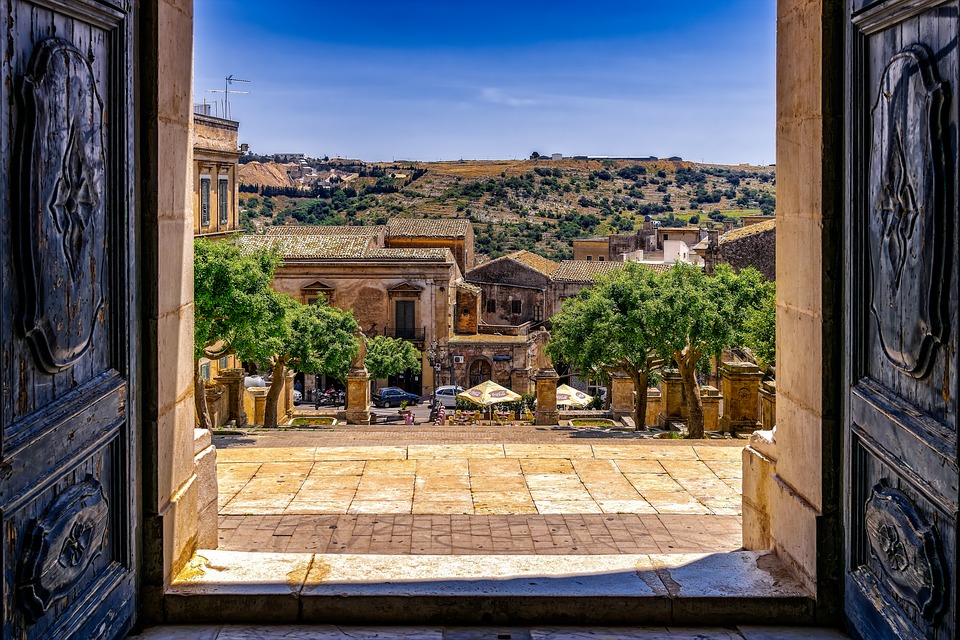 Plan your summer holidays in Sicily.

The rugged yet beautiful island of Sicily lies 5km across the Straits of Messina from the Italian mainland. Sicily can get very hot in the summer, perfect if you are happy to stretch out and sunbathe on Sicily's summer beaches such as La Plaja, a long sandy beach at Catania. If you like to be more active and make the most of Sicilian attractions, then why not visit in the spring and autumn when temperatures are more comfortable?

With its long history of foreign invasion and settlement, it seems that every village and town on the island has its own story to tell. The best Sicily tours would certainly take in the historic town of Siracusa, with its roots going back to the ancient Greeks, or the bustling streets of the island's capital, Palermo. And, of course, wherever you are in Sicily, you are never far from a view of Mount Etna.

Mount Etna is very important to Sicily tourism and should definitely feature on your itinerary. Day trips to Mount Etna start from the charming town of Taormina, where you can explore its fascinating open-air museum before heading off on your volcanic adventure. Join a guided walk up the slopes of Etna or take the exciting cable car ride to the top. A more novel way of exploring the volcano is to take a donkey trekking tour on lovingly cared-for animals. 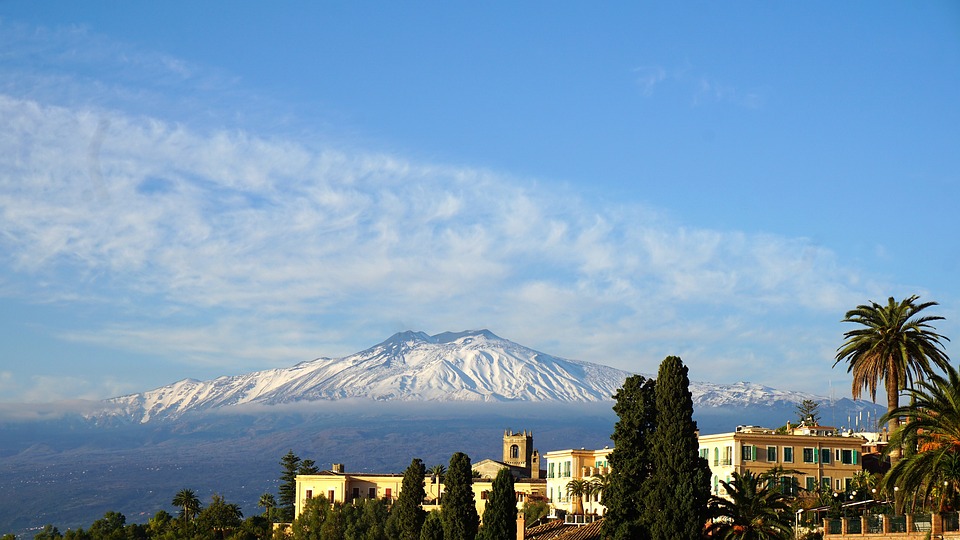 Taking in the sights of Sicily.

Pick up a Sicily travel guide from your hotel or a tourist office in one of the main towns and set off to explore the island. There is a good network of local buses although bear in mind that many services do not operate on Sundays. You can also use a hire car to explore; the island is crisscrossed by four motorways. Alternatively, move at a slower pace and meander along country and mountain roads, stopping to admire the views or eat in local tavernas.

Take a hair-raising trip underground with a visit to the Catacombs of San Giovanni, a necropolis that dates back to the fourth century, or the stone quarries of Latomia del Paradiso. If you can't resist a castle, especially a medieval one that clings precariously to the cliffside, then stop off at the castle of Aci Castello, just a short drive along the coast from Catania. Or, sample a taste of traditional Sicily by visiting the Piccolo Teatro dei Pupi on Ortigia Island. Puppetry has a long history on Sicily and is popular with visitors of all ages.

The cities of Sicily.

Once one of the most prosperous cities in the Mediterranean, Palermo is now the island's capital and at the heart of Sicily tourism. It also has one of the warmest winters in Europe, ideal for out-of-season Sicily vacations. One of the best things about summer in Sicily, however, is being able to take to the water on a boat trip. Depart from Palermo on a sailboat cruise and enjoy a day of sightseeing, snorkelling and sunbathing.

Cicero described Siracusa as the 'greatest Greek city', and today its archaeological zone is a UNESCO World Heritage Site. Browse the historic heart of the city or maybe take in some Greek drama at the Teatro Greco. Enjoy an early morning walk along the promenade of Foro Italica or return after dark to enjoy bars and clubs with dance floors on the beach.

Because of its location below Mount Etna, the city of Catania has been destroyed and rebuilt many times over thousands of years and now presents a varied mix of landscape and architecture including many beautiful and fanciful Baroque buildings. Look out for the Elephant Fountain in the Piazza del Duomo or browse the colourful food and fish markets. Catania is also the place to be in February when the three-day long Festival of St Agata is celebrated.

The best Sicily vacations in 2019 with Gruppo UNA

Whatever season of the year you're planning your holidays in Sicily, you'll be sure of a warm welcome from Gruppo UNA. Book your Gruppo UNA hotel now, especially if you wish to visit in the popular summer months. Now all you've got to do is to start planning your Sicilian trip.

Pick the elegant surroundings of the Palace Catania | UNA Esperienze or the beachside location of the UNAHOTELS Capotaormina - just two of our Sicilian hotels. Enjoy our private beaches, swimming pools and Italian cuisine or slip away to either indulge yourself in one of our wellness centres or burn off the post-pizza calories in a fitness suite. 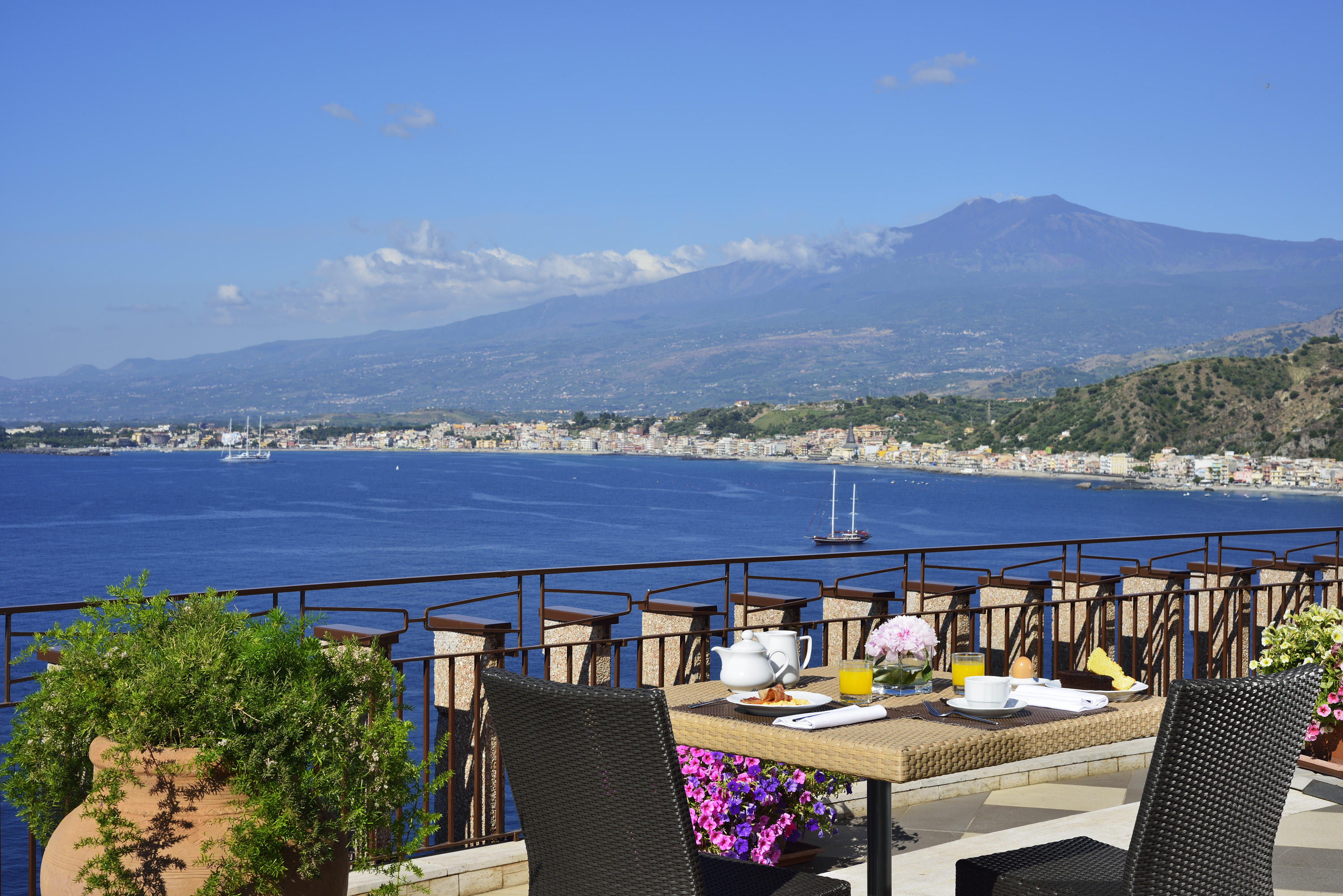