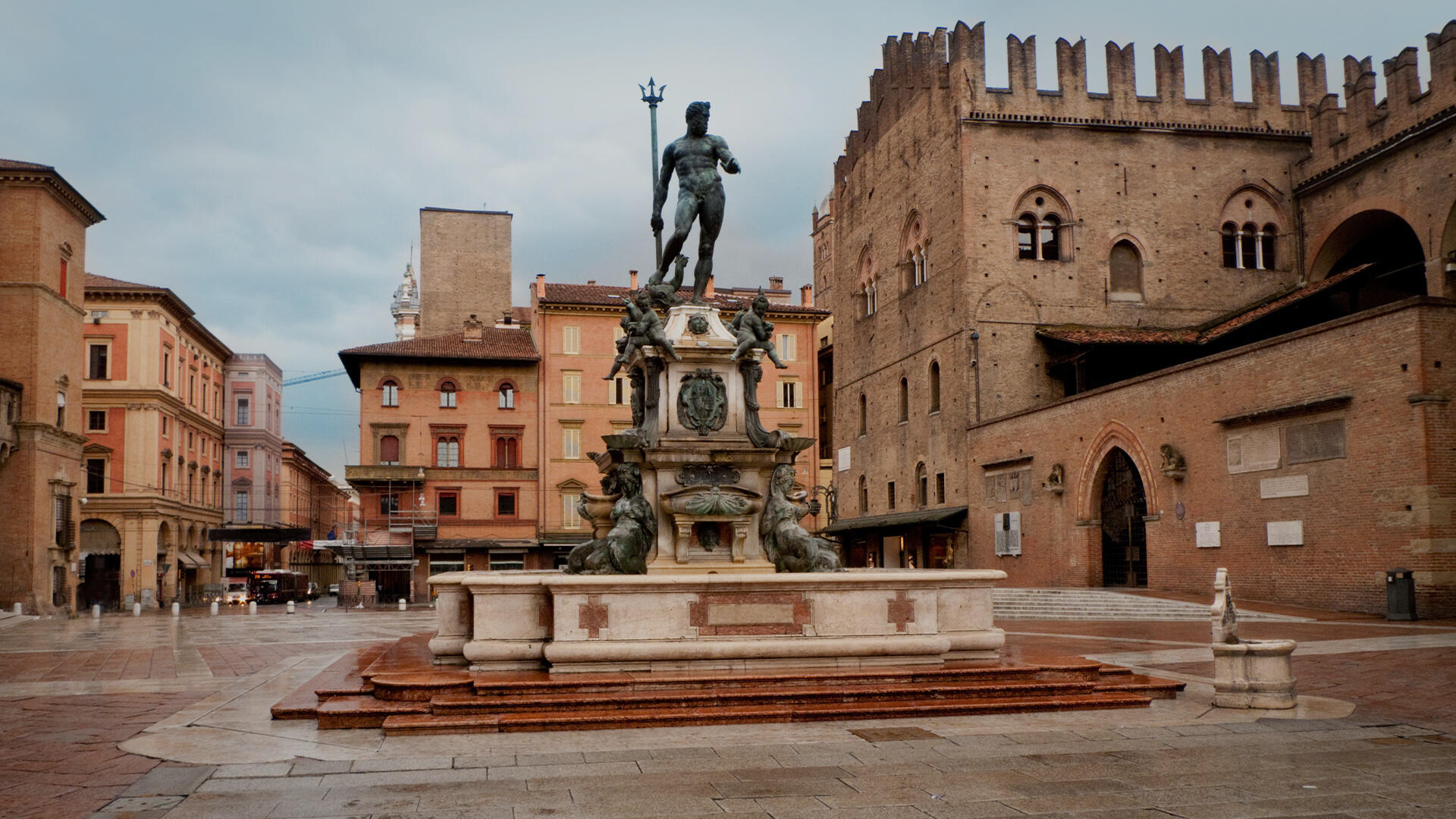 Five Historical Palazzos to Visit in Bologna and its Environs

A tour of the city’s architectural gems

Bologna la Dotta, la Rossa, la Grassa… no single adjective suffices to define a city that never ceases to entertain its visitors, hence Bologna’s reputation as “the learned, the Red and the well-fed”. On this tour in the shadow of Bologna’s iconic arcades (which this year joined the UNESCO “World Heritage List”) we suggest five of Bologna’s original, eccentric, medieval and Gothic buildings that are sure to amaze.

Our tour starts in the heart of Bologna, at Piazza Maggiore, overlooked by the city’s main historical buildings… one of which is Palazzo del Podestà. Built around 1200, this huge architectural complex was home to the offices of the Podestà. Its bell tower, the Arengo tower, was once used to summon citizens for extraordinary events. 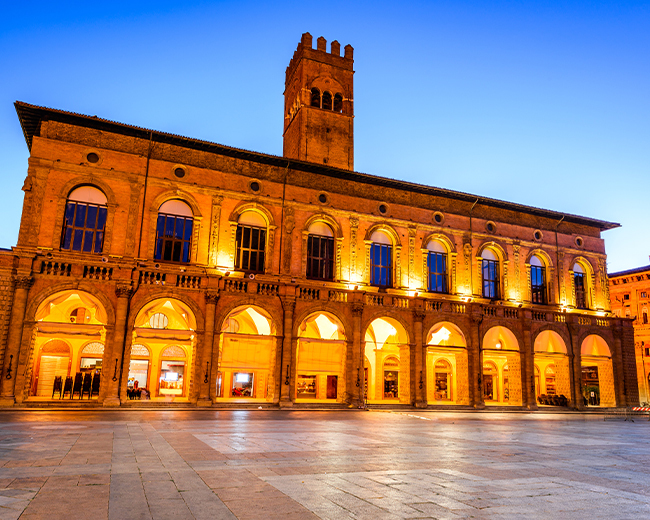 Palazzo Re Enzo, also known as Palazzo Nuovo, was built in the 13th century as an extension of the municipal buildings at Palazzo del Podestà. From 1249, for more than twenty years it was home to King Enzo of Sardinia, son of Emperor Frederick II of Swabia, who was taken prisoner during the battle of Fossalta, in which Bologna’s troops defeated their imperial foes. On the first floor, the Sala del Trecento was built by architect Antonio di Vincenzo in 1386; the magnificent Salone del Podestà hall is on the same floor. 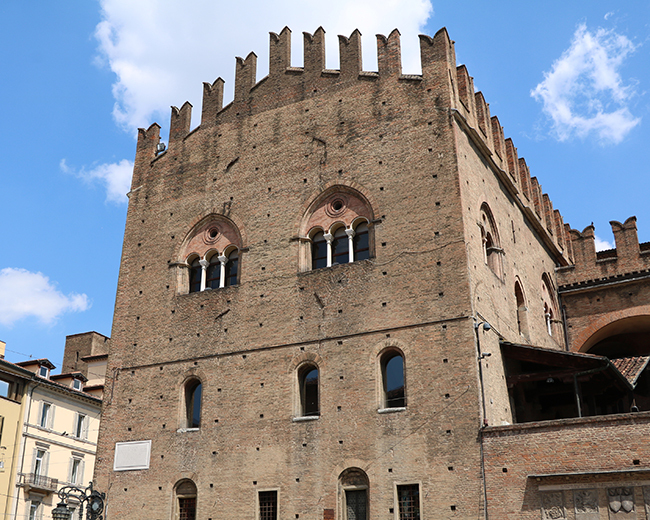 Palazzo D’Accursio, residence of the Elders and seat of the city government, a function it performs to this day, overlooks Piazza Maggiore, opposite Palazzo Re Enzo and Palazzo del Podestà. The palace owes its name to the Studio Bolognese Accursio Master of Law, to whom the palazzo belonged before the municipality purchased it to serve the local council’s offices in the late 13th century. Climb a 16th-century ribbed staircase attributed to Bramante and you reach a series of rooms, loggias and medieval chapels: Sala d’Ercole, Sala del Consiglio Comunale, Sala Farnese, Cappella Farnese, Sala Rossa and Sala Urbana. The top floor houses the Civic Museum and the Collezioni Comunali d’Arte art collections. 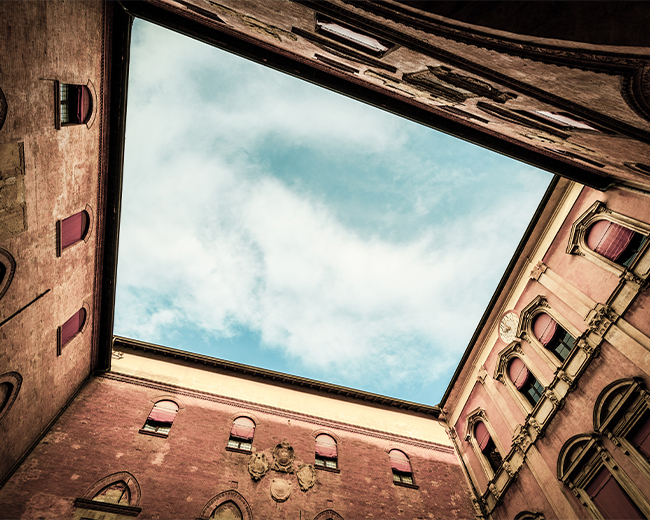 Bologna is known as the “Dotta” [the Learned] because it is home to the world’s oldest university. The Archiginnasio, erected for the earliest degree courses, is rich in history and one of the city’s most significant buildings. Designed by architect Antonio Morandi in 1562, this building is today home to the Biblioteca Comunale. The biggest library in Emilia-Romagna, its collection includes many ancient tomes and otherwise hard-to-find books. The two-floor palazzo’s central courtyard has a double order of loggias and contains the Chapel of Santa Maria dei Bulgari; on the second floor is the Teatro Anatomico, a room designed in 1637 for anatomical lessons, and the Stabat Mater main hall for law students. 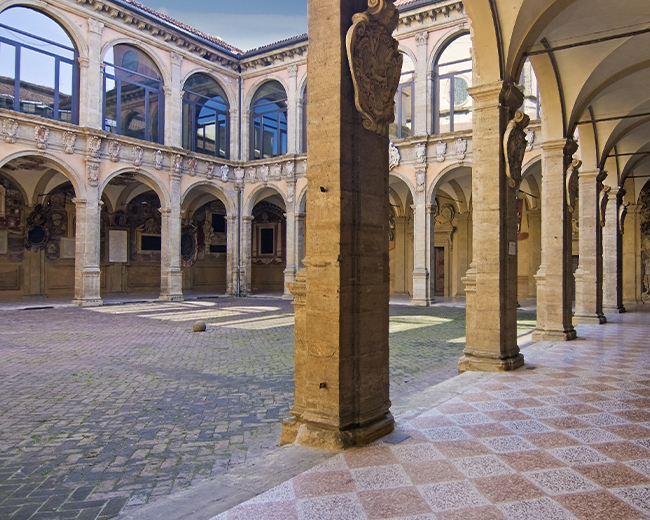 Grizzana Morandi, a town on the slopes of the Tuscan-Emilian Apennines just outside Bologna, boasts the Rocchetta Mattei, one of the Emilia region’s most stunning architectural jewels. Conceived and built by visionary genius Count Cesare Mattei, this incredible construction is an intricate maze of towers, stairways and secret passages in different styles, from the medieval to the Moorish, Art Nouveau and Gothic. Faintly reminiscent of the Alhambra in Granada and the Mezquita in Cordoba, the castle was partly designed to house and develop the Count’s famous invention, electromeopathy.

After exploring the architectural wonders of Bologna and its surroundings, it’s time to settle back into the warm welcome this part of Italy offers. Just a stone’s throw from Bologna’s Central Station, UNAHOTELS Bologna Centro is the perfect place for exploring the town’s lively historical centre. The refined UNAHOTELS San Vitale Bologna and its renowned restaurant offer visitors a chance to sample delicious dishes from regional and Italian cuisine, while UNAHOTELS Bologna Fiera pampers its guests with a restaurant, elegant lounge bar and state-of-the-art fitness centre. 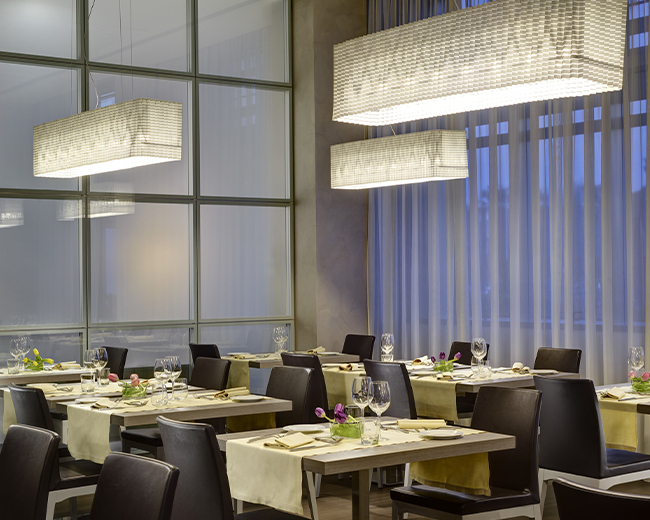