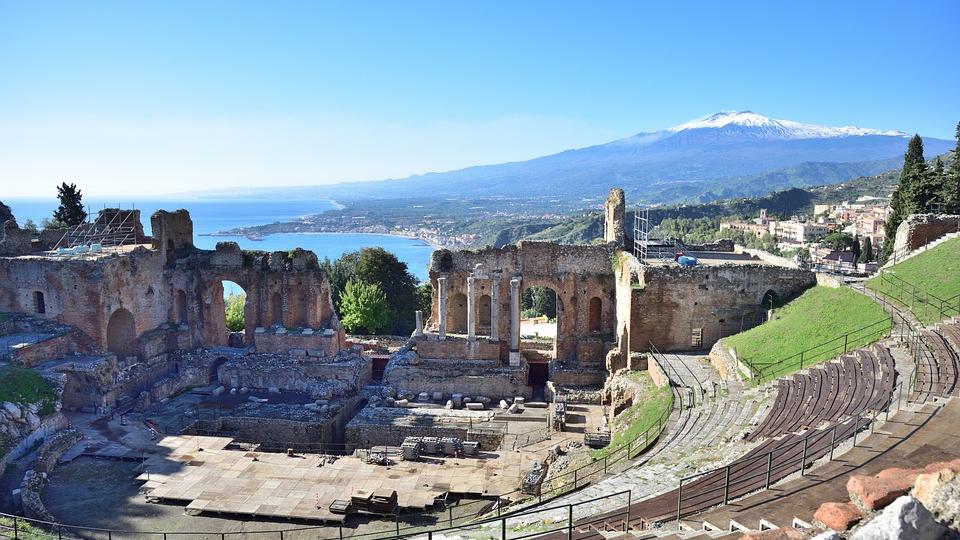 A Summer you will always remember: the best festival and events in Sicily

Sicily is a wonderful place to spend some time during the summer. The weather is guaranteed to deliver sunshine and heat, the people are friendly, and the island kicks into gear, offering a huge array of things to see and do.

It also offers plenty of places to stay while you sample the festivals and events in Sicily. Visitors can relax by the sea at the UNAHOTELS Naxos Beach Sicilia near Taormina, visit endless historical attractions with the UNAHOTELS One Siracusa as a base, or take it easy at the Palace Catania | UNA Esperienze.

Here are just a few of the summer standouts that shouldn't be missed.

As Assumption Day approaches, Sicily swings from all-out party mode to religious observance, providing visitors with a mixture of events and spectacles. Traditionally part of Ferie di Agosto (workers' August holiday season), the night before Assumption Day is now the excuse to get together by sea and celebrate with the whole community.

Expect huge bonfires on the beach, with fresh meat and seafood barbecues aplenty. Whether you are staying near Trapani in the west, or Taormina in the east of the island, locals flock to the coast to stage raucous events, and visitors can dance with them until dawn during the warm summer night. It's a hell of a party.

July is festival season in Sicily's elegant capital. Specifically, the city comes alive when it commemorates Santa Rosalia (the local patron saint). Again, this isn't really a religious festival -- at least not entirely. While there's no shortage of church services and devotional processions, the festival ranges widely, offering a host of cultural events.

Theatrical performances take place across the city, during the day and into the evening; art galleries stage special exhibitions, while food stalls pop up at festival sites, serving up delicious arancini to keep revellers going all night long.

It all culminates with a lavish parade on 14th July, with intricately designed floats and vehicles. Beginning outside Palermo's cathedral, the procession winds its way along illuminated streets, all the way to the docks, where fireworks dazzle onlookers. It's an amazing spectacle.

Take in a Show at Taormina's Ancient Greek Theatre.

Every year, Taormina hosts a famous opera and theatre festival and events in Sicily could hardly be more satisfying for culture fans. As visitors may know, Taormina's historical jewel is a theatre which dates back over 2,500 years and is in remarkably good condition. Not willing to let an asset like that go to waste, the locals use the venue appropriately, treating visitors to a schedule of incredible events.

For instance, as August unfolds, visitors to Taormina could catch international rock acts like Jethro Tull, watch Andrea Bocelli tell operatic stories in masterful fashion, or be wowed by virtuoso performances of Carmen. As the sun goes down over the ruins of the Greek city, there's no better place to enjoy first-class musicians.

Take a Step Into Norman Italy.

History works its way into other summer events in Sicily as well -- sometimes in unforgettable ways. Take the Palio dei Normanni, for example. Staged in the UNESCO World Heritage-listed hill town of Piazza Armerina, this festival commemorates the period Sicily spent under Norman rule (which is why its castles often seem "French").

Held in mid-August, the Palio is partly an excuse for locals to dress up as knights, but it's also an important tradition, which explains how Sicilians worked with Normans to defeat Muslim invaders.

For today's visitors, it's also a lot of fun, especially when teams of would-be Sir Lancelots compete in medieval-style tournaments. When they have been knocked from the saddle, the evening sees banqueting and drinking in classically medieval fashion, and everyone is invited to join.

Explore Everything That Sicily Has to Offer This Summer.

If you are looking for a holiday destination that mixes history, culture, festivals, food, sunshine, and beaches, look no further. Sicily in the summertime offers all of those things, and a whole lot more.

At Gruppo UNA, we would love to share the magic of the island with all of our visitors. Our local hotels are perfectly set up to accommodate festival-goers, and our staff will be delighted to advise about tickets and transportation. So pick an event, choose your dates, and get ready for an unforgettable Sicilian adventure.