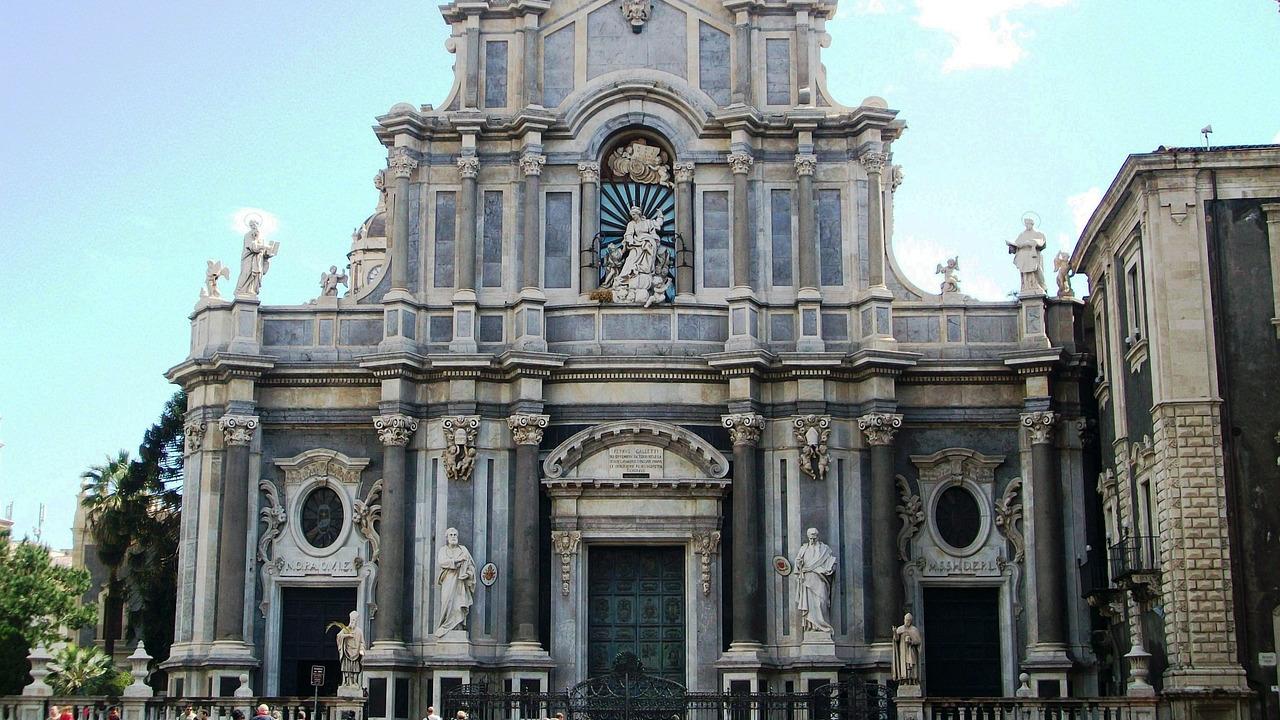 Catania, Sicily: an original tour between beaches and old streets

Catania, an energetic city with a UNESCO-listed historic heart.

Lurking under modern-day Catania is a history that stretches back nearly three millennia, and towering over it is the powerful presence of Mount Etna.

Your holiday in Catania: all you have to know.

It's the perfect place to enjoy a holiday that combines exploring city streets or taking countryside tours as well as spending lazy days relaxing on the beach. Stay in the Palace Catania | UNA Esperienze, a Gruppo UNA hotel in Catania, Sicily, and you have the ideal location for a holiday where you can enjoy all of these things.

The weather in Catania, Sicily.

While the time in Catania is just one hour ahead of the United Kingdom, spring and summer come earlier to the city. Long dry stretches and pleasantly warm days from April to June and mid-September to November are perfect for city exploring, but the climate is still warm enough for enjoying the beach.

October, however, sees the highest rainfall, so if travelling then, pop an umbrella in your luggage. If you really want a taste of Italian summer, then plan your holiday for July and August, the island's driest and hottest (but busiest!) months.

The best beaches in Catania.

Pick a Catania hotel near the beach and you have long stretches of beautiful sand and sea to enjoy. Playa di Catania is a family-friendly beach backed by cafes, restaurants and trendy clubs that give it a lively vibe right through the day and into the evening. The coastline then stretches through the Riviera dei Ciclopi, with its Marine Protected Reserve to another Catania beach, Fiumefreddo.

A walking tour through Catania's history.

Start in Piazza del Duomo, A UNESCO World Heritage Site, for your Catania street tour. This central piazza is lined with wonderful Baroque buildings, the grandest of which is the Cattedrale di Sant'Agata. Sitting at the centre of the square is the photogenic Fontana dell'Elefante. Although built in the early 18th-century, the fountain's black-lava elephant dates from Roman times and is topped with an Egyptian obelisk, said to have magical powers.

In the piazza's southwest corner is the entrance to Catania's fish market, La Pescheria. Open every morning, this noisy market groans under the weight of freshly caught fish and seafood heading to the city's restaurants and hotels. If it's time for lunch, you'll discover excellent seafood restaurants in the streets surrounding the market.

The Parco Archeologico Greco Romano with its impressive Ancient Roman ruins dominates the area west of the piazza. Look out for the remains of the 2nd-century theatre before visiting the Casa Liberti, an elegantly restored building that houses artefacts uncovered during the site's excavation.

Running straight out of the piazza is Via Etnea, named for the volcano which can be seen clearly from the street on fine days. This is where the locals come to shop and meet up with friends and family. Continue walking to take in the Teatro Massimo Bellini, Catania's pretty opera house. If you can, find time for a tour of the theatre's lavish interior with its marbled foyer, gilded boxes and painted ceiling.

There should be just enough time left on your street tour of Catania to visit the Complesso Monumentale Monastero delle Benedettine. The complex includes a Benedictine convent, the Church of San Benedetto and Sicily's Museum of Contemporary Art.

No Catania holidays are complete without taking an Etna Tour. Your hotel will be happy to book you a half or a full-day 4x4 tour of Etna that starts in Catania. Admire the ancient lava flows, hike around the edge of ancient craters and, if you're feeling adventurous explore a lava cave.

Take a drive or book a tour along the coastline to Acicastello, a medieval castle that perches precariously on a rock over the sea, and the little fishing village of Acitrezza. This is known for the giant rocks that lurk under the seabed, said to be the rocks thrown at Ulysses by the Cyclops. Another delightful way to visit Acitrezza is to take a boat trip along the coast from Catania's harbour.

The Palace Catania | UNA Esperienze is a 4-star hotel which combines the best of sea and city. It is located in the heart of Catania while offering splendid views of Mount Etna from its roof garden. The hotel is housed in a typical Sicilian building that has been lovingly restored, allowing its heritage to shine through while delivering every modern comfort including a fitness suite, Turkish bath, a cafe and two restaurants.

The UNA Restaurant overlooks a lava-stone courtyard and serves local dishes accompanied by an extensive wine list. On the top floor is the Etnea Roof Bar & Restaurant. Its garden setting is perfect for enjoying a cocktail or an aperitif before you dine on freshly caught seafood.

If this combination of street history and stunning beaches has caught your imagination, then now's the time to book your Gruppo UNA holiday at the Palace Catania | UNA Esperienze.