Be enchanted by the seven pearls of the Mediterranean

In a land as rich in beauty as Sicily, the Aeolian Islands certainly have a special place in the hearts of locals and tourists from all over the world: Lipari, Salina, Vulcano, Alicudi, Filicudi, Panarea and Stromboli are the seven treasures to be discovered and form an archipelago that has become a UNESCO World Heritage Site, where tourism, nature, nightlife and relaxation are successfully combined.

The Aeolian Islands: what to see

A good starting point for your tour is Lipari, the largest island of the Aeolian Islands, ideal for those who don't want to miss out on a lively stay even when on holiday: here you can lose yourself in the alleys and shops of Via Vittorio Emanuele and pass through the busy square of Marina Corta. But there are also panoramic viewpoints not to be missed such as Quattrocchi, small and characteristic villages (Pianoconte, Acquacalda, Canneto) and dream beaches for all tastes including Porticello, Vinci and Vallemura. 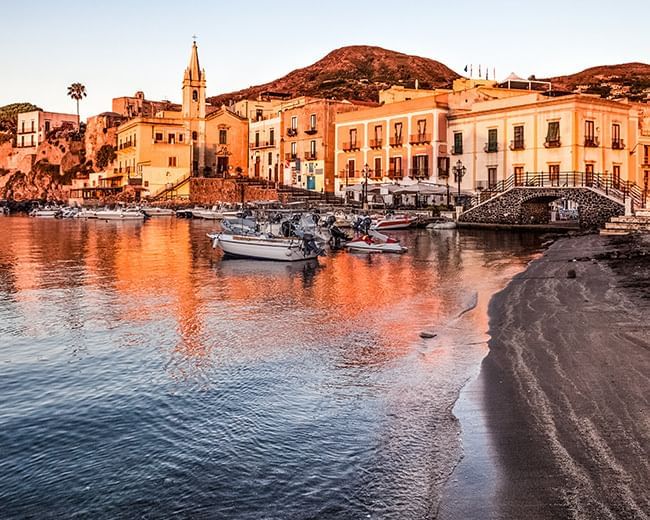 Salina has such an enchanting natural landscape that it is also known as the Green Island, although some of you may know it mainly for being the home of Malvasia, a wine also celebrated by Guy de Maupassant. Film buffs will know that some scenes from the film Il Postino with Massimo Troisi were filmed here: have fun tracking down the places in history such as the poet Neruda's pink house. Another place you cannot miss on this island is Polara, a group of houses scattered on the remains of a crater overhanging the sea.

Vulcano is known as the Island of Fire because, according to the ancients, the forges of Hephaestus were located here. Despite the imagery Vulcano is actually the perfect destination for relaxation: enjoy the characteristic black sand beaches and regenerate yourself with a dive in the mud pool, while for those who love hiking there is the possibility of climbing Gran Cratere or walking in Valle dei Mostri at Vulcanello.

Alicudi is known for being the most unspoilt island of the Aeolian Islands thanks to the impossibility of further construction and the absence of carriageable roads: no cars or motorbikes on the island, you can only move around on foot using the mule tracks and thus enjoy an incomparable experience. Filicudi is also famous for its lush vegetation. An almost untouched place that you can discover with a boat trip, which will fill your eyes with unprecedented views of the sea and admire the particular shapes of the cliffs that form the coastline.

Panarea is the most glamorous of the Aeolian Islands. A perfect island if you can't do without the nightlife with boat parties and aperitifs on the picturesque terraces. But don't think there is a lack of nature on this side of the archipelago; on the contrary, the natural attractions such as Cala degli Zimmari, the promontory of Punta Milazzese and the beach of Calcarea (where you can observe unique volcanic phenomena) will give you unprecedented views to photograph and tell about once you return home. 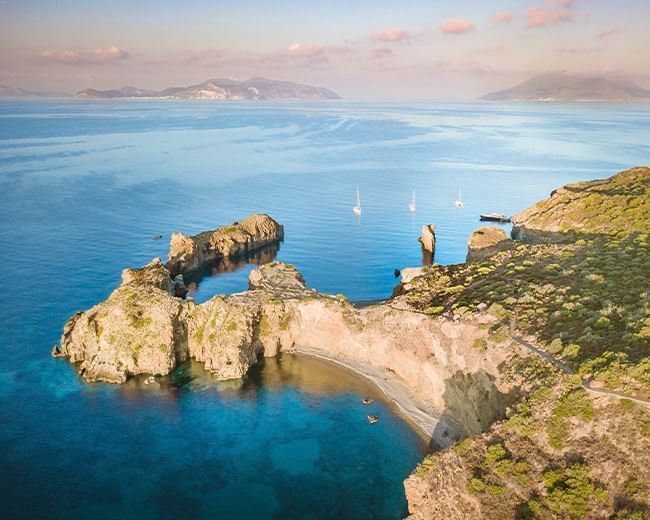 To describe Stromboli, it would suffice to mention the volcano of the same name that dominates it: there are few spectacles as memorable as witnessing one of its eruptions that result in lapilli rolling down the striking Sciara del Fuoco. Cinema is also a protagonist here: Rossellini filmed Stromboli, terra di Dio in the 1950s, contributing to the popularity of this place where you can enjoy unparalleled tranquillity by visiting the village of Ginostra, a tiny cluster of houses recently added to the UNESCO World Heritage list.

Aeolian Islands: how to get around

The Aeolian Islands do not have an island airport, but there is no shortage of solutions for getting to this archipelago: you can reach them by boat or hydrofoil with departures available from Naples, Reggio Calabria, Messina and Palermo. And as far as your stay is concerned, you could book a room at L'Ariana Isola Eolie | UNA Esperienze, located in a renovated 1900 villa in the enchanting Borgo di Rinella on the island of Salina, one of the only two (together with Lipari) to be connected to all the other islands of the archipelago, thus giving you the maximum convenience to reach all the little secrets of this corner of paradise. 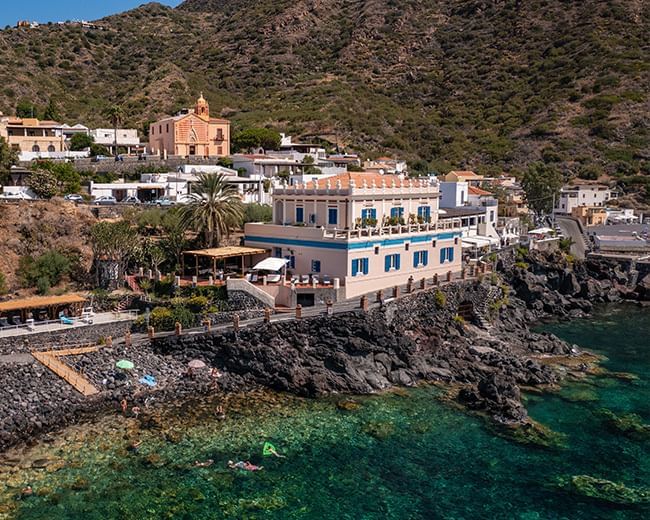