Whether you prefer hanging out in a fictional world or learning something new, sit down, relax and read a book…

We’d like to share a selection of famous books that cast a new light on Italy through the authors’ words and their evocative characters’ stories. So, off we go on a journey to visit the beauties of the Bel Paese, guided by some of the most fascinating chapters in Italian literature.

The Garden of the Finzi Continis, Giorgio Bassani - Emilia-Romagna, Ferrara.

Our bookish treasure hunt begins in Ferrara, on the track of the garden of the Finzi Continis, which only exists on the pages of Bassani’s eponymous novel, and yet it is so alive in readers’ minds that people really do come to Ferrara to look for clues around the streets of town.

Published in 1962, Bassani’s novel was the first in Italy to deal with the deportation of Jews, albeit leaving the horrors of genocide outside his narrative framework. The novel pulsates with the youth of its protagonists, wealthy Jews in their twenties who live normal lives full of love and friendship, who gradually find themselves pushed out of society by the racial laws.

Even if you don’t find the Garden, Ferrara is a great destination for anyone who loves art, culture, nature and good food. Don’t miss the Castello Estense, the Cathedral and its lordly palaces, including Palazzo dei Diamanti, Palazzo Schifanoia and the Palazzina Marfisa d’Este. 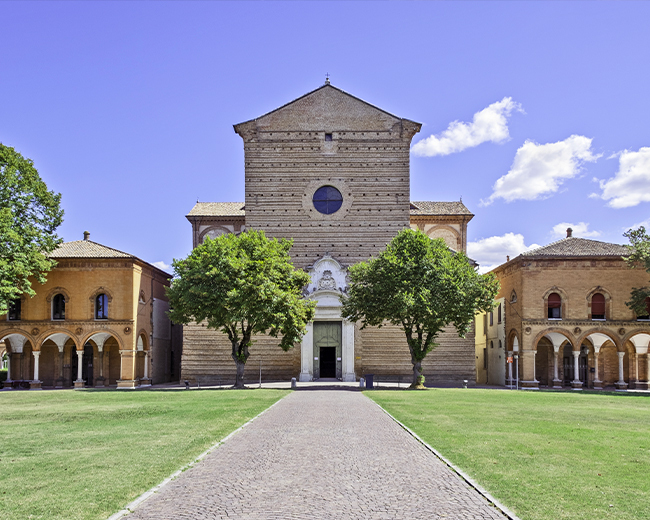 Where to stay in Ferrara.

Do we have the right place for you to discover Ferrara, convenient and strategic... It’s called the UNAWAY Hotel Occhiobello, a short hop from the town’s Renaissance centre, with an excellent restaurant – listed in the Michelin Guide – for sampling typical regional cuisine. 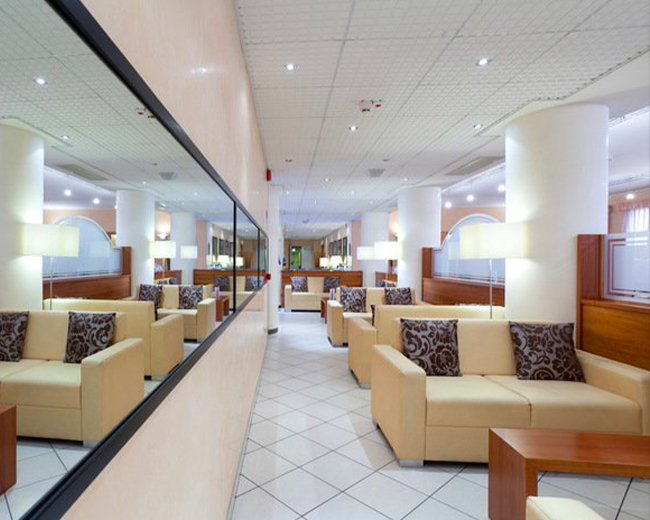 We all know the story invented by Dan Brown in his world-famous book, “Angels and Demons”, which inspired the film of the same name (directed by Ron Howard): Maximilian Kohler, Director of CERN, finds scientist Leonardo Vetra murdered and branded, and decides to call in Harvard Professor of Religious Symbolism Robert Langdon to try and find out who murdered his friend.

If you’d like to experience Rome through the mysteries of Angels and Demons, here’s a walking tour around the book’s most symbolic places, a dynamic route that is an excellent way of rediscovering the Eternal City’s historic centre in a fun, new way.

Start at Piazza della Rotonda, a stunning square where you’ll find the Pantheon. Inside, look for the tomb of Raphael, the first place in the Professor’s investigations. Walk through the picturesque city streets and head towards the Church of Santa Maria del Popolo. Your next stop is the dome at St. Peter’s, which will guide you to the West/Ponente clue Dan Brown mentions in the novel. The next place of interest on your “Angels and Demons” tour is Piazza Navona and its matchless Fountain of the Four Rivers, where Langdon tries to save the fourth cardinal. The tour ends at Castel Sant’Angelo, where the professor manages to foil an attack on the Pope, after succession of twists and turns restoring order. 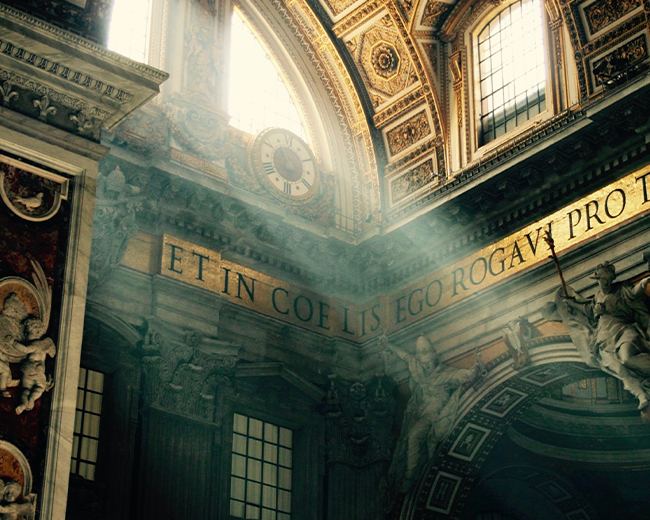 Where to stay in Rome.

From the charm of Angels and Demons to Gruppo UNA’s UNAHOTELS Decò Roma, a hotel located in the heart of the Eternal City that is ideal for your literary tour. Its incredible architectural design and unique art deco interiors make a great setting for a memorable experience. 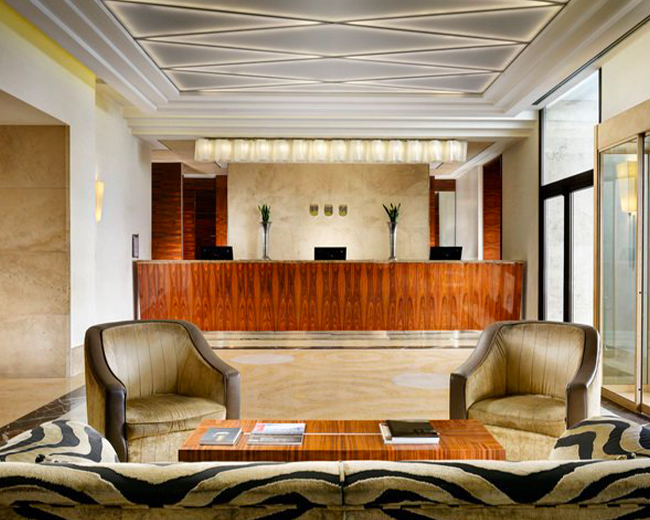 Here’s a literary tour for fans of writer Elena Ferrante, who portrays Naples through the lens of a female friendship. This bestselling four-part serial, translated into nearly forty different languages became a huge cult hit, spawning an instant tourist boom by attracting fans from all over the world who come to Naples to follow in the book’s footsteps. It’s possible to go on literary tours (NarteA’s RoadBook is one of the most popular) that retrace the streets and symbolic places where Lenù and Lila’s adventures unfold.

We start on Corso Umberto I, “il Rettifilo” and arrive in the centre of town, where Lenù and Lila, still teenagers, meet and clash with the world outside their “rione”. Next, we head to the university district on Via dei Tribunali, where Lenù attends political meetings with her Red Brigades friends. The tour continues outside old Naples along with Via Toledo, all the way to elegant Piazza dei Martiri, home of the Solara brothers’ shoe atelier, where Lila hangs a giant, “disfigured” photograph of herself in her wedding dress. 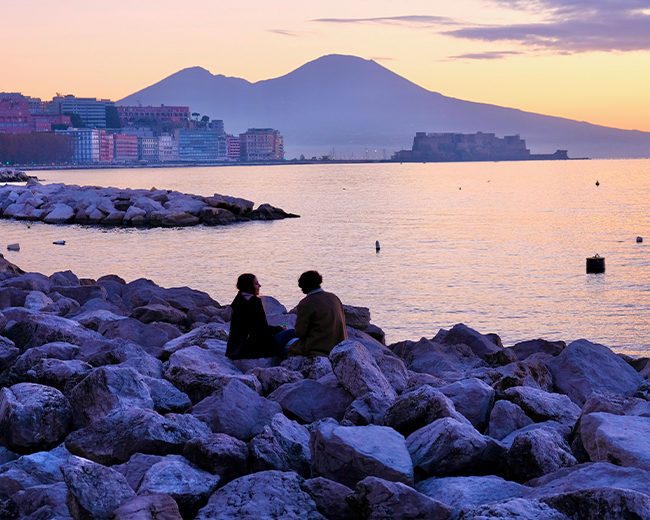 Between one stop and another, you deserve a good and proper rest. Where else but at UNAHOTELS Napoli? Housed in a historic building, this hotel is in a perfect location to visit the city in Elena Ferrante’s footsteps. 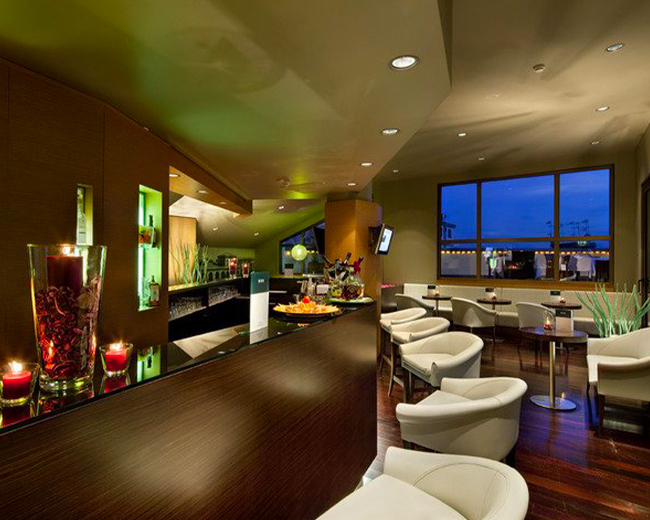 I Love Only You, Bianchini - Apulia

“Io che amo solo te”, its title inspired by Sergio Endrigo’s famous 1962 song of the same name, is Luca Bianchini’s bestselling fifth novel. Set in Puglia, at Polignano a Mare, the story tells of the last days of feverish preparations before the wedding of young Chiara and Damiano, whose parents were lovers thirty years earlier before breaking up.

The novel’s lead character is actually Polignano a Mare, a whitewashed town in one of Apulia’s most magical corners, where the stories of the various characters, relatives and friends are outlined by Bianchini’s pen, plunging into Apulian dialectal forms as he masterfully imbues the gaze and gestures of ordinary people with all of Apulia’s charm.

What can we say about Polignano? The “Pearl of the Adriatic” is an ideal place to dive into uncontaminated seas and enjoy a charming old town overlooking the sea. Take via Arco della Porta, once the only access road to the town, to enter this magical town embellished by the thirteenth-century Chiesa Matrice, dedicated to the Assumption. Don’t miss a visit to the “Pino Pascali” Museum Foundation, in the former Municipal Slaughterhouse, dedicated to the work of the great Apulian sculptor and artist. 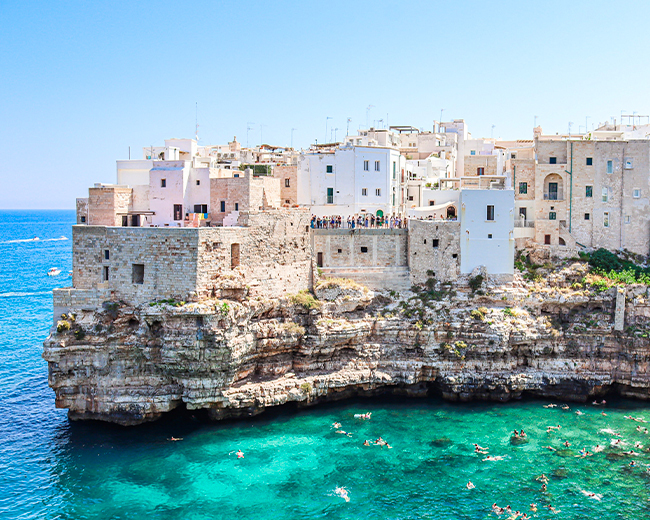 Where to stay in Apulia

Half an hour from Polignano is the city of Bari, one of Puglia’s must-see places. Here too, a great hotel awaits you, inspired by ancient Apulian seaside villages: UNAHOTELS Regina Bari, an idyllic location for touring the region. 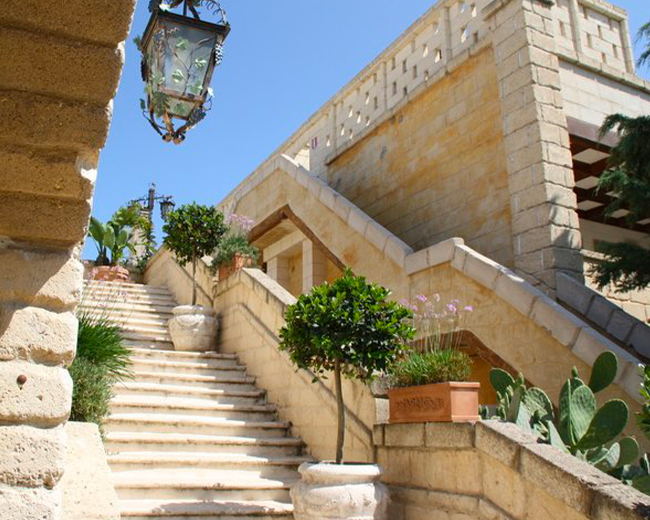 Camilleri is a famous detective story writer, best known for his character Salvo Montalbano, about whom he wrote a series focused on the adventures of his Commissioner. A successful TV series was based on these books.

Camilleri’s no-nonsense style, his plot twists and amusing little episodes keep the narrative moving rapidly along, as does his gift in conveying the scents and flavours of Sicily.

Our journey to the places Salvo Montalbano frequents begins in Agrigento, one of Sicily’s most beautiful towns. This “literary tour” gives you the chance to visit not just the city, next to a unique archaeological site that includes the remains of the Ancient Greek city of Akragas, but also to discover the Valley of the Temples and continue towards Porto Empedocle, a village nestled between coast and hills, as well as the famous and iconic Scala dei Turchi. 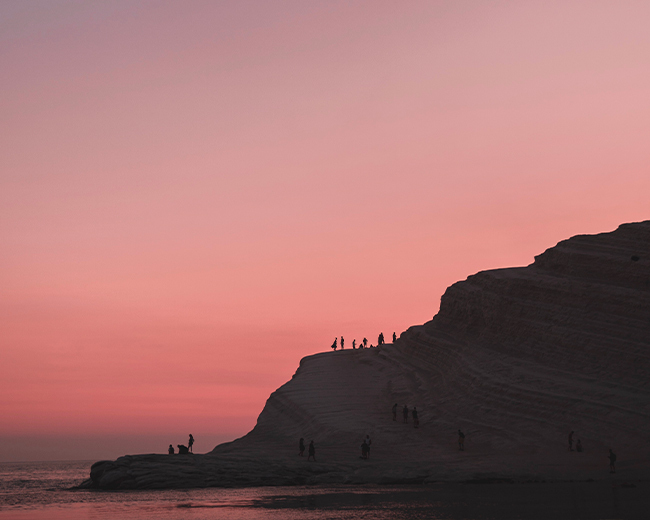 Where to stay in Sicily

As well as Agrigento, Syracuse and Catania are two other incredible Sicilian cities not to be missed. In both of these towns, you can count on Gruppo UNA on your trip to discover the most evocative places and immerse yourself in a true Sicilian atmosphere: Palace Catania | UNA Esperienze, and UNAHOTELS One Siracusa are elegant hotels located respectively in the city centre and a stone’s throw from the sea. 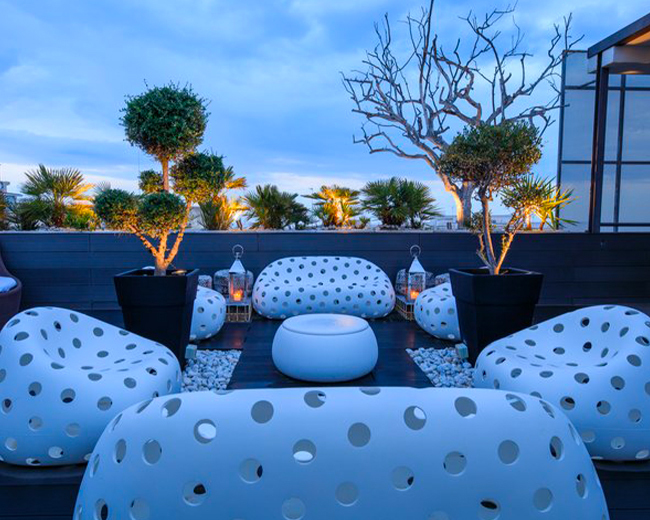