Giardini Naxos is one of the most fascinating places in Sicily, with a rich history. It was the first Greek settlement in Sicily, and the city is full of evidence of its glorious past: many of these remains are to be found in the Museum and the Giardini Naxos Archaeological Park. The history of this colony is indissolubly linked to myths and legends, in which the deeds of the ancient Greek heroes combine with traditional folklore passed down over the centuries by word of mouth.

The mythical founding of Giardini Naxos

According to legend, the first Greek to land on the island in 734 BCE was Theocles, a Chalcidian who sailed from the beaches of the Chalcidice Peninsula in the direction of Sicily. During the voyage he made an offering to Neptune, the God of the sea, but the gift displeased the God, who became angry, stirring up the waters and destroying the boat in which Theocles was travelling with his crew. The only survivor was Theocles himself: having reached the coast, he was so enchanted with the beauty of the place that he decided to stay there and found the city that was to become Giardini Naxos.

Giardini Naxos: the city of the sirens

Another myth sprang up around the Sirina river that divides Giardini Naxos from Taormina. According to legend, on the banks of the river on full moon nights, you would hear the song of the sirens, trying to attract passers-by towards the waters of the Sirina. One night, a group of young men were attracted towards the river by the sweet voices, and never came back to the city again. The inhabitants say that the young men were turned into sirens and that you can still hear them singing, on nights of the full moon. 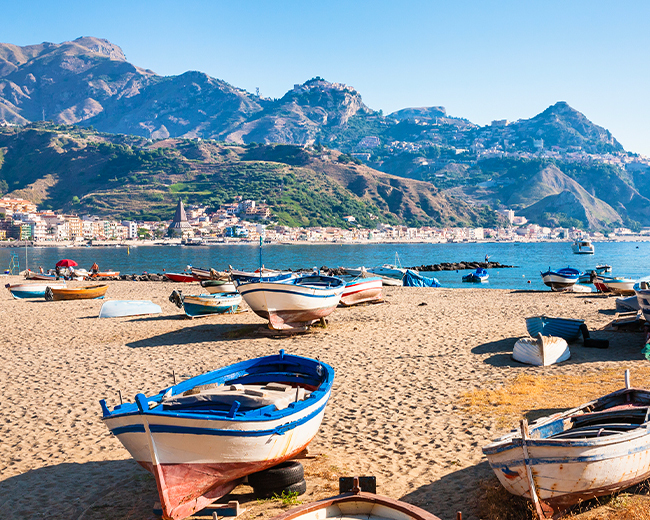 Giardini Naxos takes its name from the island of Naxos in the Aegean sea. Legend tells how Ariadne, the daughter of Minos the King of Crete, fell in love with the young Theseus, and managed to devise a plan for him to get out of the labyrinth of the Minotaur. After fleeing the terrible monster, the two lovers left the island but when they arrived on Naxos, Theseus decided to abandon the young girl there, leaving her on Nasso (Naxos). The story gives rise to the well-known Italian saying “piantare in asso” (“piantare in Nasso”) meaning to leave someone in the lurch. 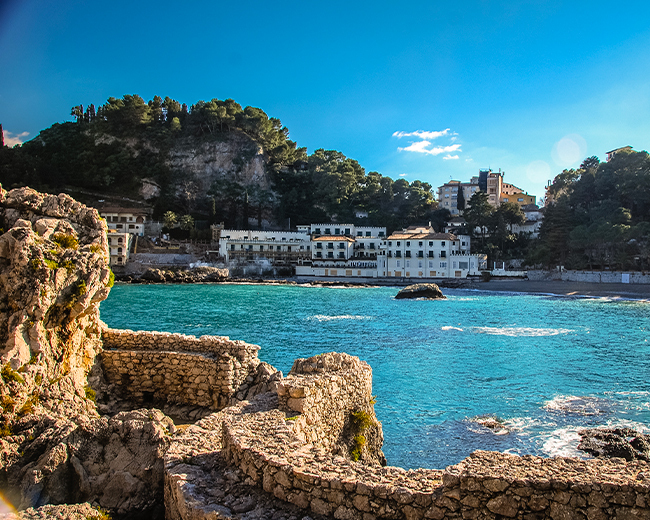 Where to stay in Giardini Naxos

UNAHOTELS Naxos Beach Sicilia is the perfect solution for a relaxing and enjoyable holiday in Sicily. To get to know the true history of the island, you really have to taste its culinary specialities. At the UNAHOTELS Naxos Beach Sicilia you can try out the culinary art of Trinacria (the ancient name for Sicily). The five restaurants in the hotel offer authentic Sicilian cuisine based on fresh local products, with a range of options to meet all your expectations. 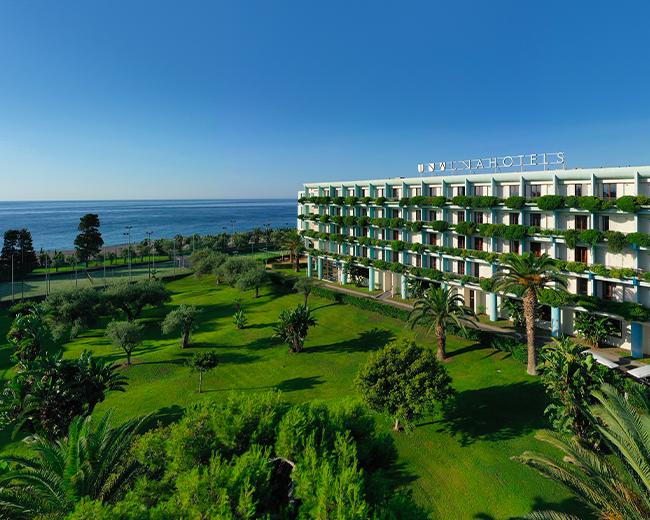