Discovering the Greek soul of Sicily

What unites Sicily and Greece is a very ancient bond that continues to fascinate thanks to the architectural beauty that has survived the passage of time. From temples to amphitheatres, passing through settlements, it is so easy to come across the cultural heritage of the Hellenes that setting foot in this region feels like a journey through time. Several cities were founded as Greek colonies and it is here that most of the ancient treasures resulting from the brilliant culture of this people, who started from the south-eastern coast and reached the west to become protagonists of Sicilian history, are concentrated. Almost certainly some friend has been advising you for some time to spend a holiday on the island and take the opportunity to take a tour of these paradises and retrace the main stages of Sicily's Greek past. Here are some places you can’t miss to experience it to the full. 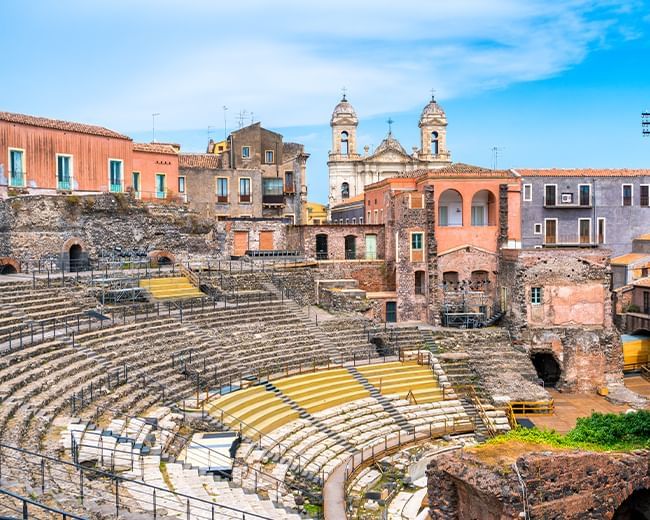 The Greek treasures of Catania and Taormina

If this idea intrigues you but you don't know where to start to rediscover Greek beauty in Sicily, know that one of the most popular starting points is Catania, where after landing you can admire the famous Greek-Roman theatre restored in the 1st and 2nd centuries and thus surviving the passage of time. After exploring the ancient city, you can stay overnight at the Palace Catania | UNA Esperienze before departing for Taormina, only 54 km away and known to be one of Sicily's beating hearts when it comes to elegance and tradition: the city fills up every year with famous and not-so-famous tourists fascinated by a timeless beauty that spans centuries and cultures. In this treasure chest there is one that particularly shines and that is the ancient Greek Theatre that will surprise you with its incredible state of preservation and the scenery that opens before your eyes: the sun setting behind Mount Etna is a spectacle with very few equals. 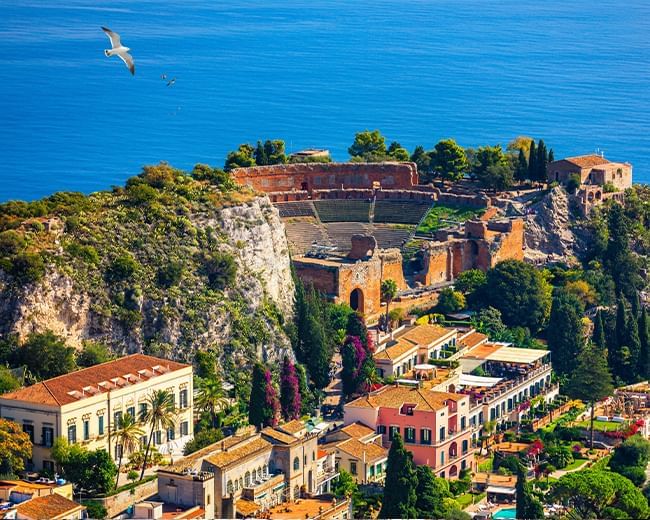 A little trivia you may not know about this ancient theatre: several directors have chosen it as the set of their films, the most famous being The Goddess of Love directed in 1995 by Woody Allen.

Just 20 minutes south of Taormina you will also find the Naxos Archaeological Park, one of the oldest gateways to the Greek world: the site of the same name was in fact one of the very first Hellenic settlements founded in Sicily. Once you have finished touring the beauty of Catania, Taormina, Naxos and the surrounding area, all that remains is to relax and discover the magnificent all-Sicilian welcome and typical cuisine at the warm UNAHOTELS Capotaormina and UNAHOTELS Naxos Beach Sicilia, in exceptionally strategic locations for discovering the area. 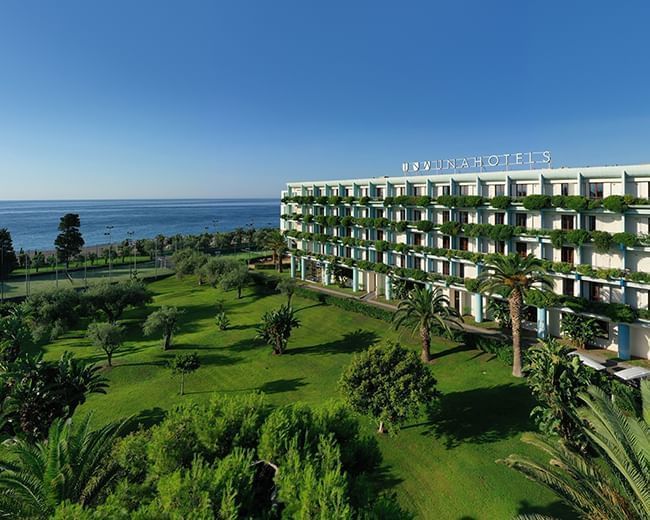 Syracuse, the Greek heart of Sicily

On this tour there is another must-see: Syracuse, once the centre of Mediterranean culture second in influence only to Athens and still full of Greek wonders. For example, the island of Ortigia (reached by a bridge and encompassing the heart of ancient Syracuse), the Temple of Apollo and the Temple of Athena in the centre of the city. The area's pride and joy, however, is the Neapolis Archaeological Park where, among the dozens of artefacts such as the Altar of Hieron II and the Grotto of the Nymphaeum, you will find the largest Greek Theatre in Sicily, which comes alive every summer with festivals and events. And if you want to lose yourself until late at night in the most hidden corners of Syracuse, you can stay a few steps from the sea and the enchanting city centre at UNAHOTELS One Siracusa. 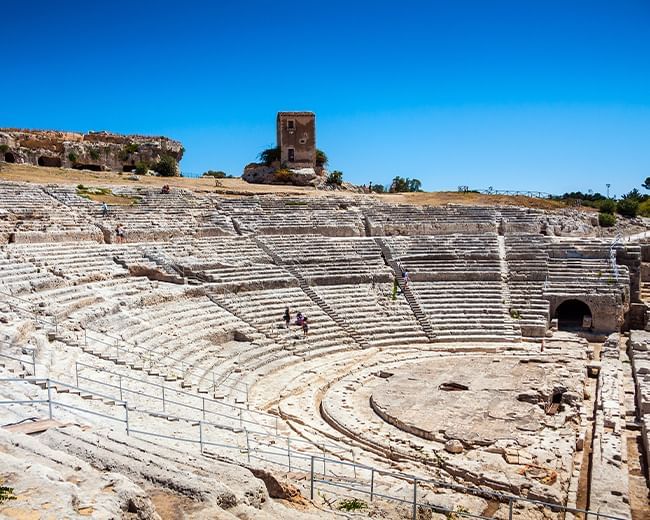 If you finally decide to move westwards, the place with the greatest concentration of ancient remains is the Valley of the Temples in Agrigento, which has been declared a UNESCO World Heritage Site due to its abundance of wonders. Take a good two hours to visit this magical area and then head towards Ragusa by detouring into the interior of the region. Have you saved this itinerary? Then all you have to do is decide how you want to get around and set off on a journey through time in search of the true Greek spirit of Sicily.